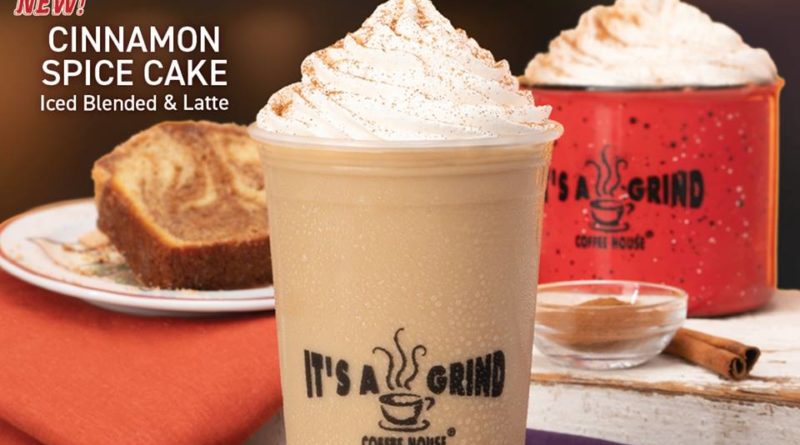 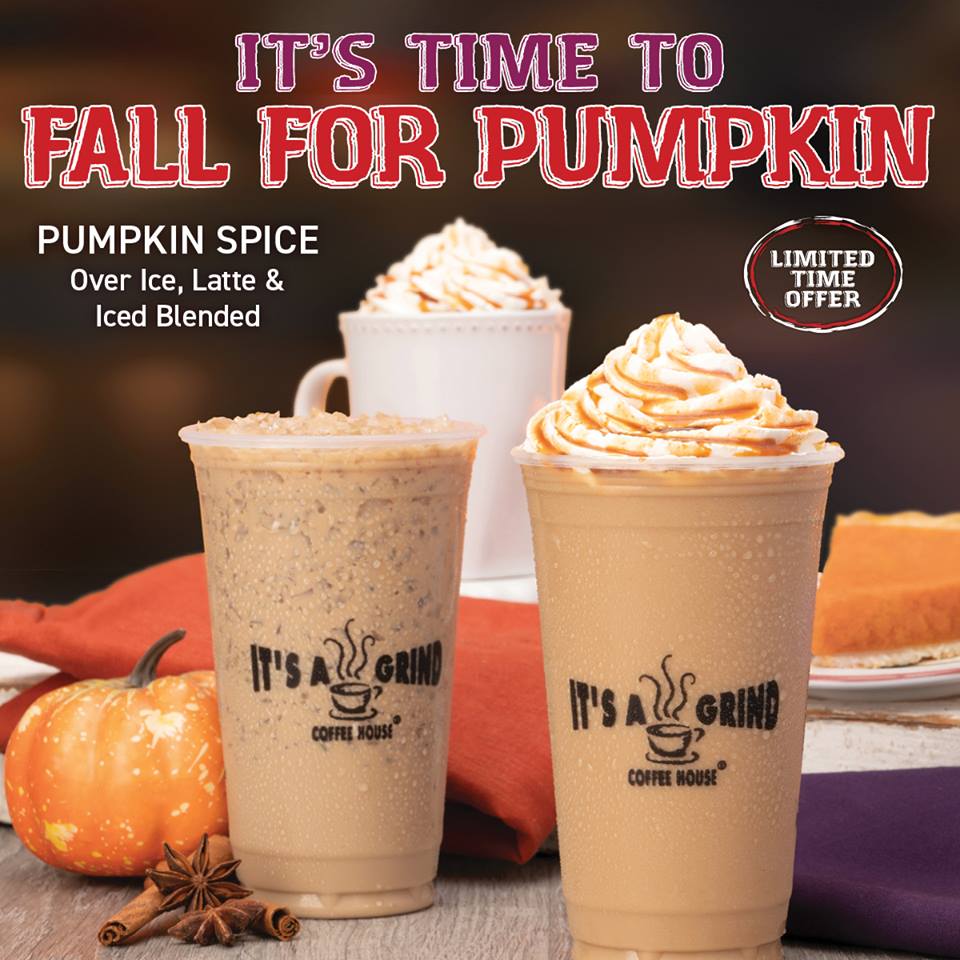 Get those cozy leggings and Ugg boots on because fall has landed at It’s a Grind Coffee. They are featuring two new flavors: Pumpkin Spice and Cinnamon Spice Cake. The Pumpkin spice is served over ice, in a Latte & iced blended. The Cinnamon Spice Cake is served Iced Blended and as a latte.

I am giving away two VIP cards to try one of these drinks. Offer expires on 10/31/18