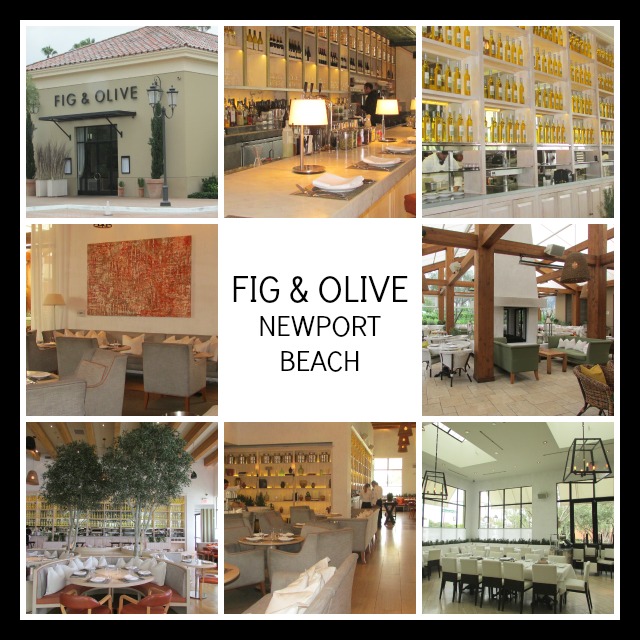 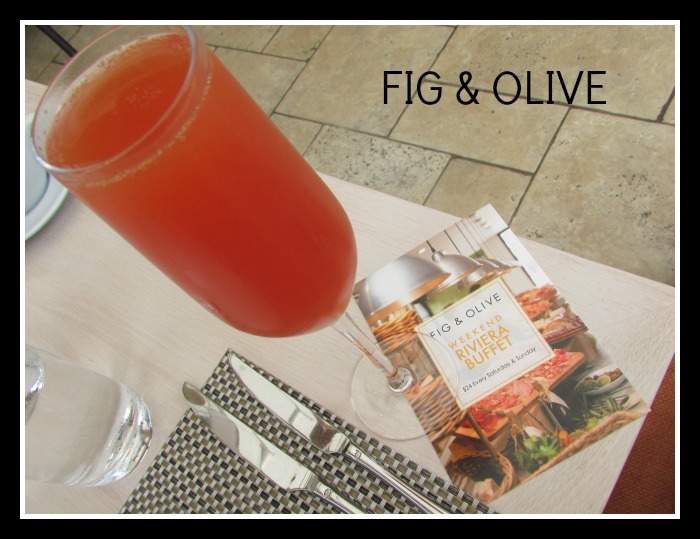 A few weeks ago I got to try out the new Fig & Olive Weekend Riviera Buffet in Newport Beach. Open on both Saturday and Sunday this brunch buffet features several mouth-watering dishes from Executive Chef Pascal Lorange and several delicious drinks. The one pictured above is called the Blood Orange Mimosa and it was one of the best Mimosa’s I have ever had! For $24 a person this brunch buffet is one of the best most inexpensive brunches in Orange County. It’s also very kid friendly as they have an omelet station, fruit, pastries and desserts that kids love.

The interior of Fig & Olive is very clean and modern looking. Each room has its own theme using different patterns and colors. One of the rooms even has tree’s growing in the middle of it! It’s gorgeous, light and airy. Their patio dining is fully covered and features warmers in the ceiling for when it gets a bit chilly. Since it’s right down by the beach I am sure these come in handy. 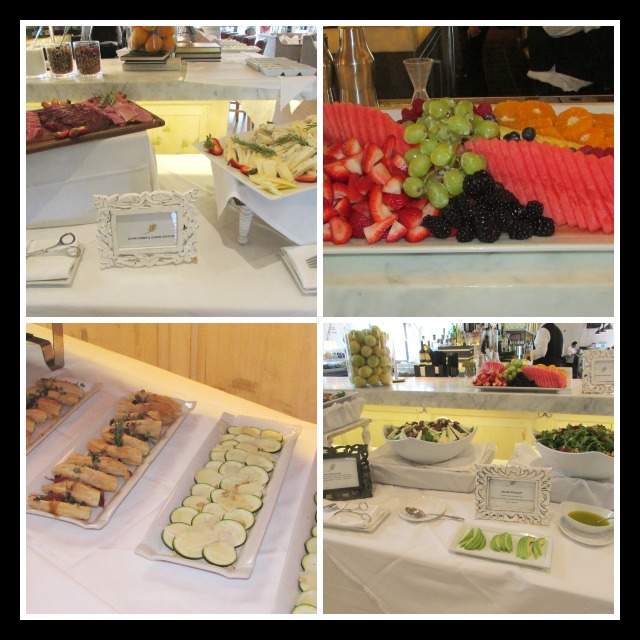 All items in the Weekend Riviera Buffet are labeled so that you know what you have to choose from. Everything looked so fresh and delicious. The brunch features salads, fruits, pastries, meats and cheeses, fresh salmon, roasted potatoes, bacon, hand carved chicken, omelets made to order and an entire dessert section. 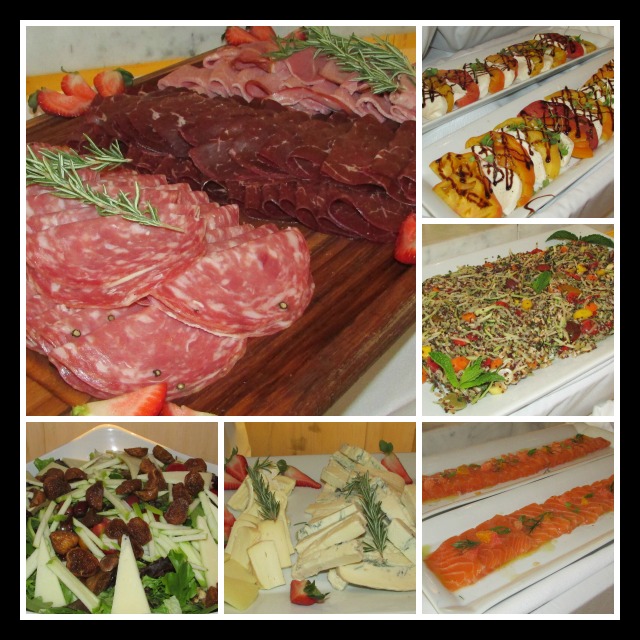 Everything was freshly prepared and there were servers constantly checking on things to make sure everything was full. As soon as something was almost out they would replace it with a brand new platter so it looked just as good as when I first walked in. 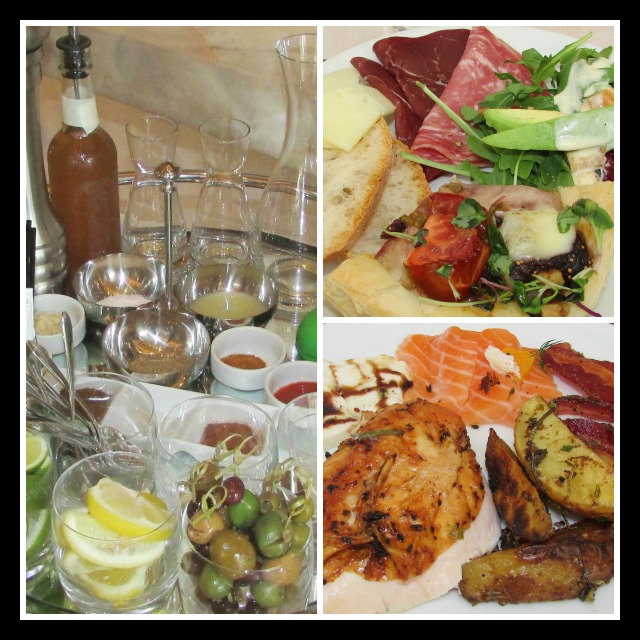 My plate was totally full when I went through the buffet line so of course I went through several times. And let me tell you the food was phenomenal!!! Everything was so fresh and tasty. I literally could not stop eating. They also have  this completely awesome thing called a Bloody Mary Cart! They wheel it around to your table and make fresh the Bloody Mary that you want. With as little or as much stuff as you want in it. Kind of like tableside guacamole only better. 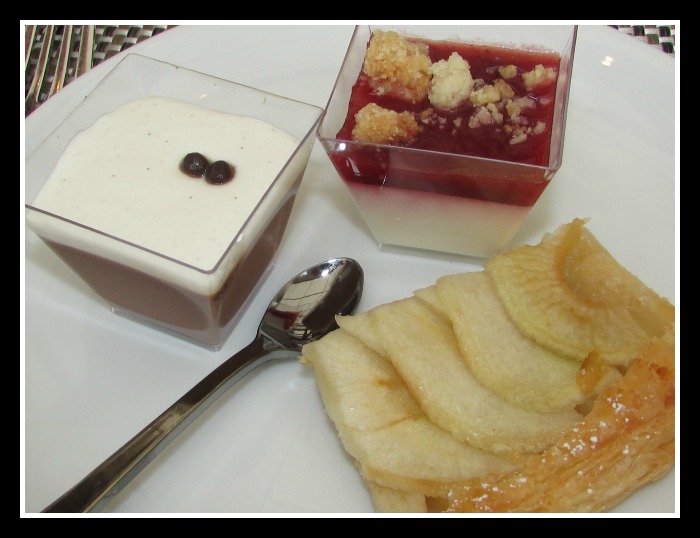 Of course I couldn’t pass up dessert….even though I felt like I couldn’t put another bite in my mouth. They had lots to choose from but I decided on a Chocolate Mouse, a Marscapone Custard with Raspberry and a Pear Tart. Again they were super delicious. They also have teeny tiny spoons to eat your desserts with. I know I went by myself but I couldn’t help but think how much my kids would love these little spoons. 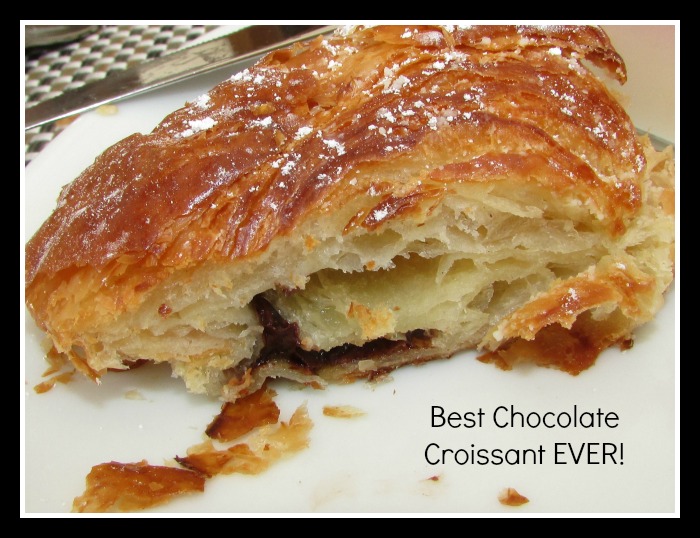 OK one last thing. As I was finishing up the other people I was with were raving about the chocolate croissant. It actually was in the pastries part of the buffet line not the desserts and I had passed it up at the beginning. But so many people were talking about it that I just had to try it. And let me tell you……IT WAS THE MOST AMAZING CHOCOLATE CROISSANT EVER! I didn’t think I could eat another bite but I ate that whole thing! I should have gotten it at the beginning!