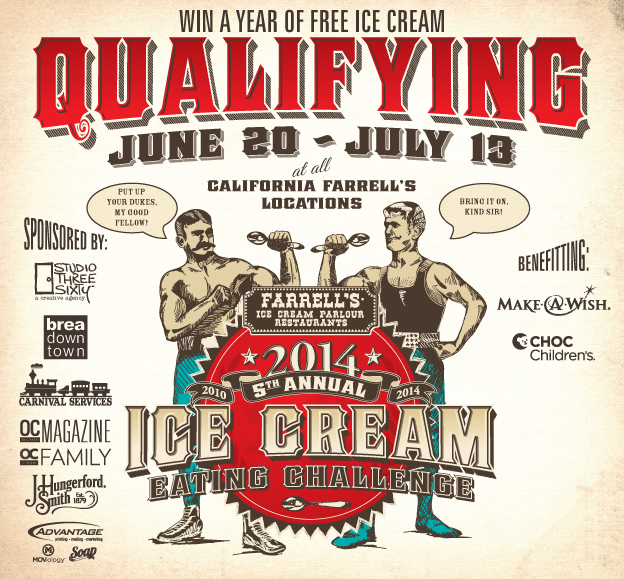 Have you ever tried an ice cream eating contest? Sounds fun right? To me it sounds like an ongoing brain freeze but Farrell’s is  doing just that and for the 5th year in a row!

Farrell’s Ice Cream Parlour and Restaurants’ annual charity ice cream eating challenge is back and still as ridiculous as ever. Beginning Friday, June 20 through Sunday, July 13 Farrell’s is looking to qualify the fastest ice cream eaters to compete head-to-head at their Championship event which take place on Sunday, July 20 in Brea Downtown. Categories include Men’s, Women’s, Kid’s, Big and Small (one adult and one child), 4-Person Teams and Professionals.

From June 20 through July 13, anyone with an appetite for fun and ice cream can walk into any of the seven California Farrell’s locations during normal business hours to try and qualify by being one of the fastest to eat a qualifying sundae. All the categories, except the professionals, attempt to qualify by eating a 3-scoop ice cream sundae as fast as they can. Professionals qualify by eating a 6-scoop sundae called the Pig’s Trough. All sundaes include chocolate, vanilla, and strawberry ice cream, hot fudge, pineapple and strawberry toppings and then covered with Farrell’s freshly made whipped cream.

The cost to attempt to qualify is $20 for all categories except the Professionals, which is $40. Each entry receives a limited edition event t-shirt, a $5 coupon for a future visit to Farrell’s and the qualifying sundae. 100% of the net proceeds from this event benefit CHOC Children’s and Make-A-Wish.

Farrell’s then invites the top qualifiers to the Championship event on July 20, where Farrell’s closes down Birch Street in Brea Downtown in front of their Farrell’s location. The Championship event is an all day family festival from 11am until 5pm with lots of rides (courtesy of Carnival Services), games, prizes, raffles, food, booths, music, and more.

Winners from each category will win a trophy and a year of free Farrell’s ice cream. 1st place in the professional category also wins $300, second place wins $200 and third place walks away with $100.

Farrell’s has an option for those that just don’t have the stomach to pound ice cream as fast as they can but still want to participate in all the qualifying fun. During the qualifying, June 20 to July 13, guest can get the event shirt, the ice cream sundae to eat and $5 coupon for the same $20 but they just won’t be timed. All they need to do is let their Farrell’s server know. 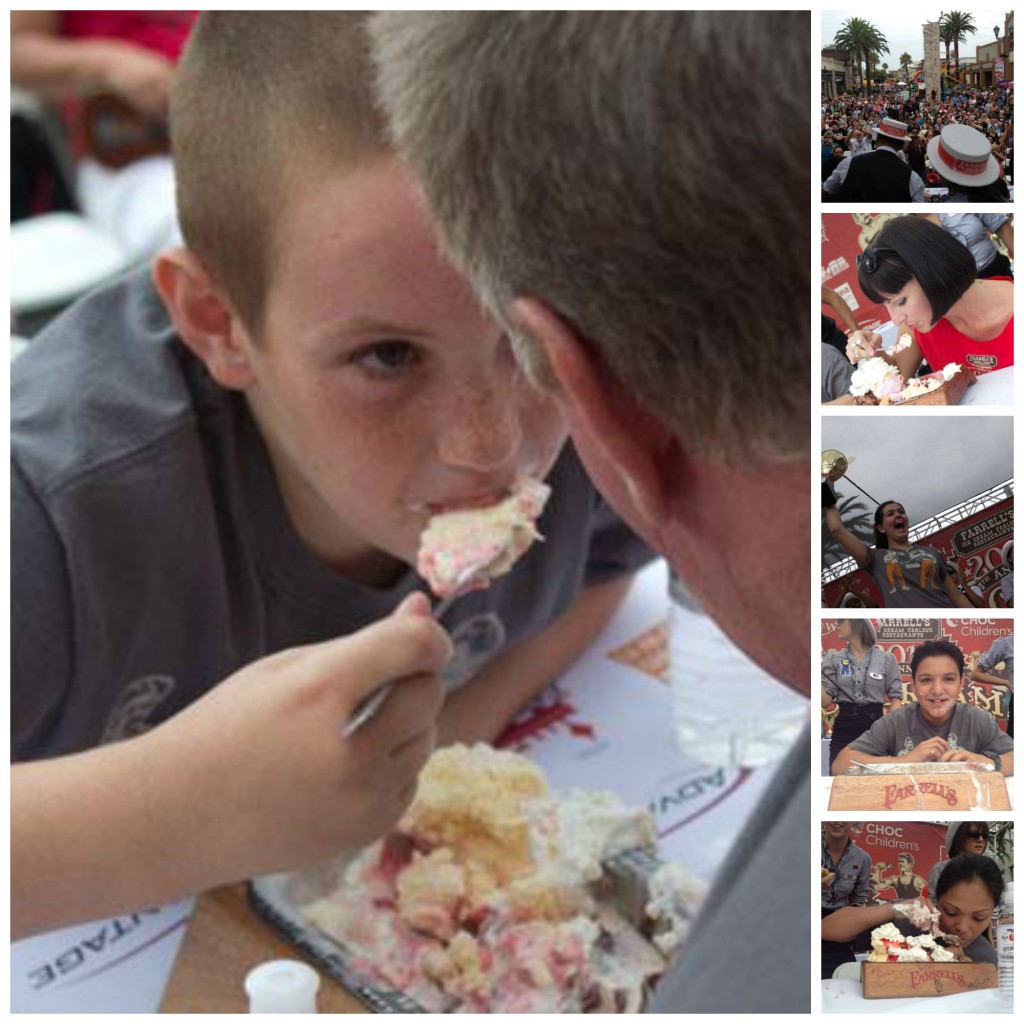