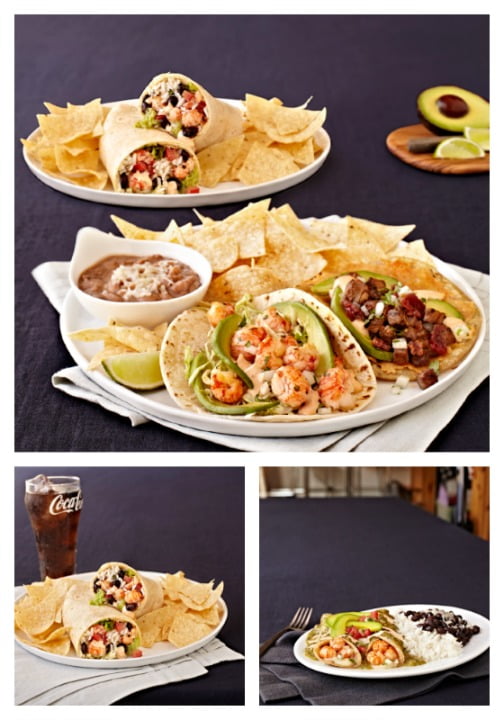 Two fan favorites are returning to a Rubio’s menu near you! The Langostino Lobster Burrito, Surf and Turf Two Taco Plate and Langostino Enchiladas. In addition to these seasonal classics, Rubio’s is adding its Chicken Tortilla Soup back to the menu for a limited time.

I have personally  had their tortilla soup many times and I can say it is some of the best I have ever had!

The Langostino Lobster Taco is coated with warm basil butter and topped with slices of avocado, crisp cabbage, cilantro and onion, and a lime wedge on the side. The taco is paired with Rubio’s Grilled Gourmet Taco™ with Steak, which is made with toasted cheese and topped with bacon, avocado and chile sauces.

The Langostino Lobster Enchilada Plate is great for dinner. It includes two enchiladas made with tender Langostino Lobster, a blend of three melted cheeses, cilantro and onion, all topped with verde sauce, fresh avocado slices, salsa fresca and a creamy chipotle sauce. Each plate is served with citrus rice and black beans.

The Chicken Tortilla Soup is back by popular demand, thanks to the thousands of Rubio’s fans that requested its return to the menu. The savory combination of grilled chicken, citrus rice and chicken broth is topped with shredded cheese, salsa fresca, fresh avocado slices and tortilla strips.

For more information on Rubio’s and to stay up-to-date on Rubio’s happenings and events, visit Rubio’s website: wwww.rubios.com. Guests can also join the conversation on Facebook at www.facebook.com/rubios and Twitter at www.twitter.com/rubiostweets.

5 thoughts on “Menu Favorites Return to Rubio’s + A Giveaway”