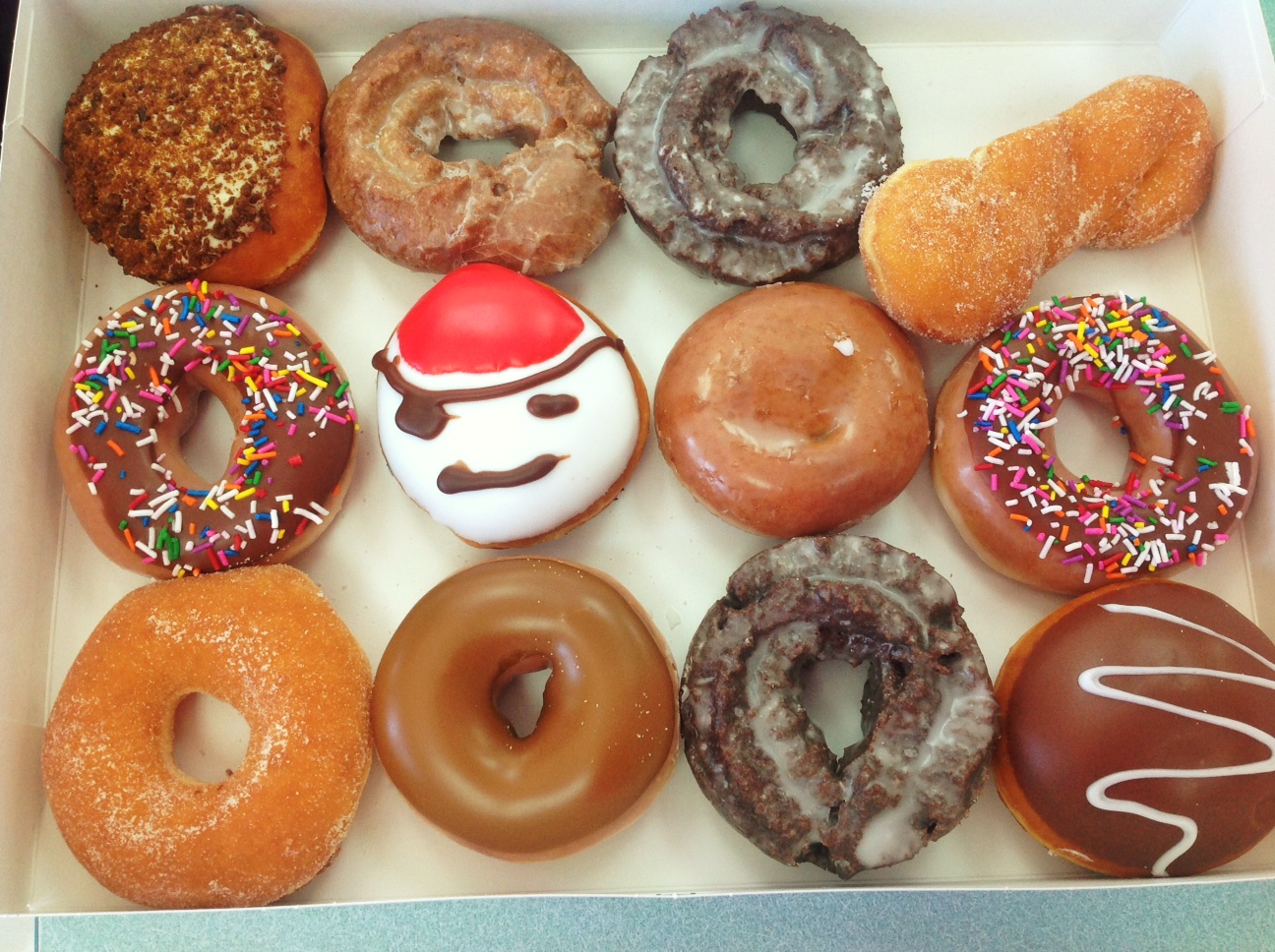 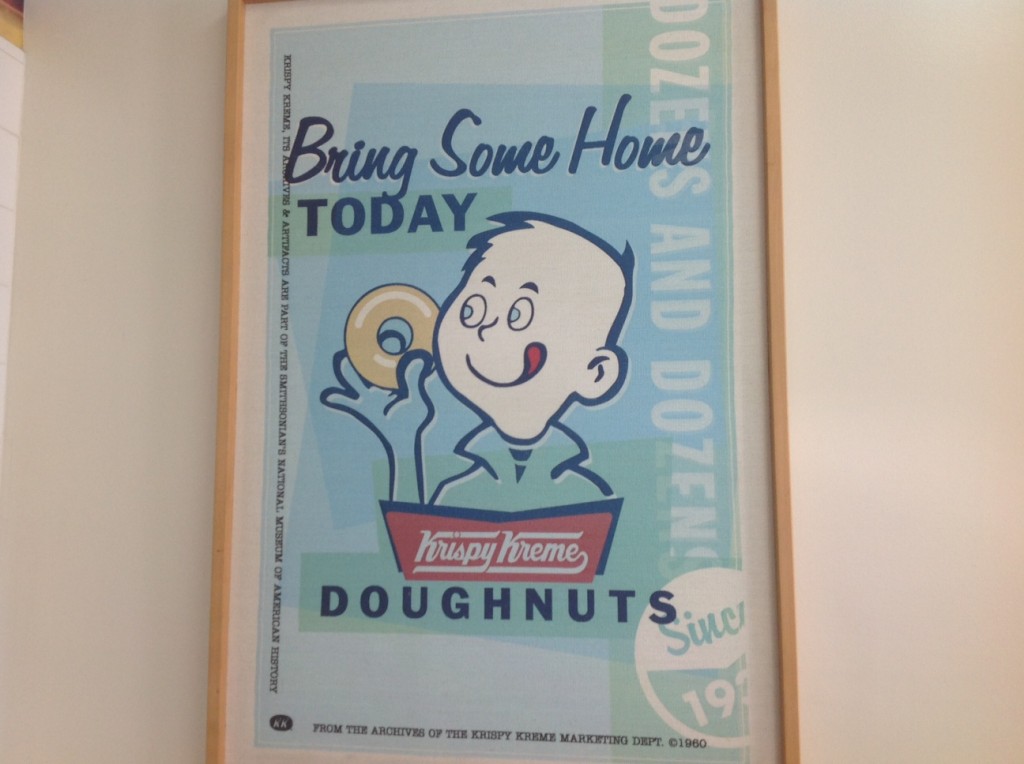 Disclaimer: I received a  voucher for a free dozen donuts. All thoughts and opinions are of my own.
This weekend, my kids wanted to try the new Pumpkin Cheesecake donut at Krispy Kreme so I gathered all the kids in the car and we drove to Mission Viejo for a yummy glazed breakfast. My littlest one has never been so she got a real treat when we arrived. Donuts were being made right in front of her eyes and she got to see the assembly line and how they are made. Here is a video  of it:

She also got to watch all the donuts get bathed in that delicious white gooey glaze that makes Krispy Kreme Donuts taste so good!

We ordered a dozen donuts because we planned on bringing some back to share with our neighbors. To start we ordered the two new Pumpkin donuts:: Pumpkin Cheesecake and Pumpkin Spice. They also had cream filled pirate donuts that were amazing! 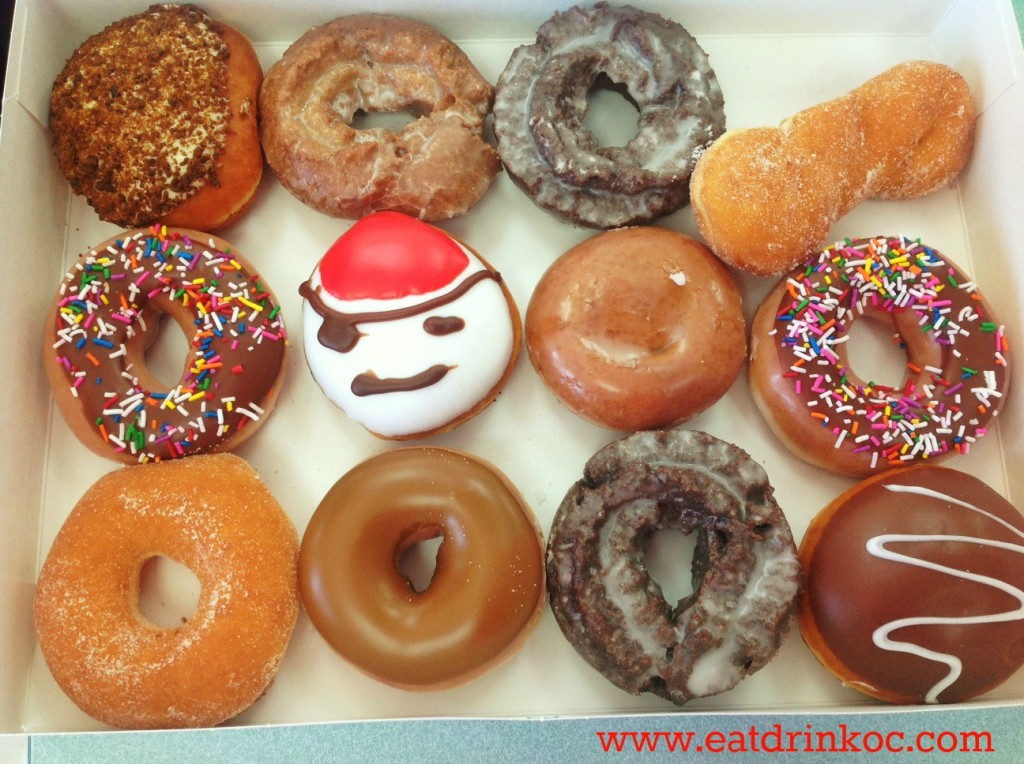 The Pumpkin Cheesecake Donut has a tasty combination of cheesecake and pumpkin flavors in a smooth filling, topped with cream cheese icing and a gingersnap cookie crumble. 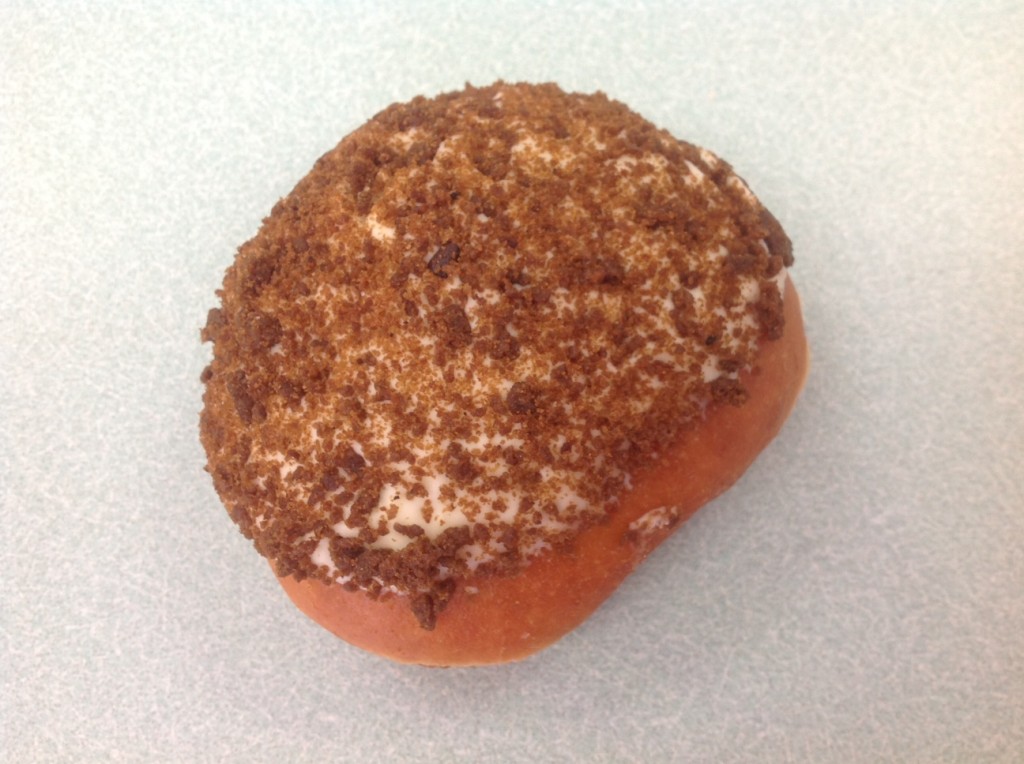 It was so light and fluffy. My son said he could have eaten 4 more of them! 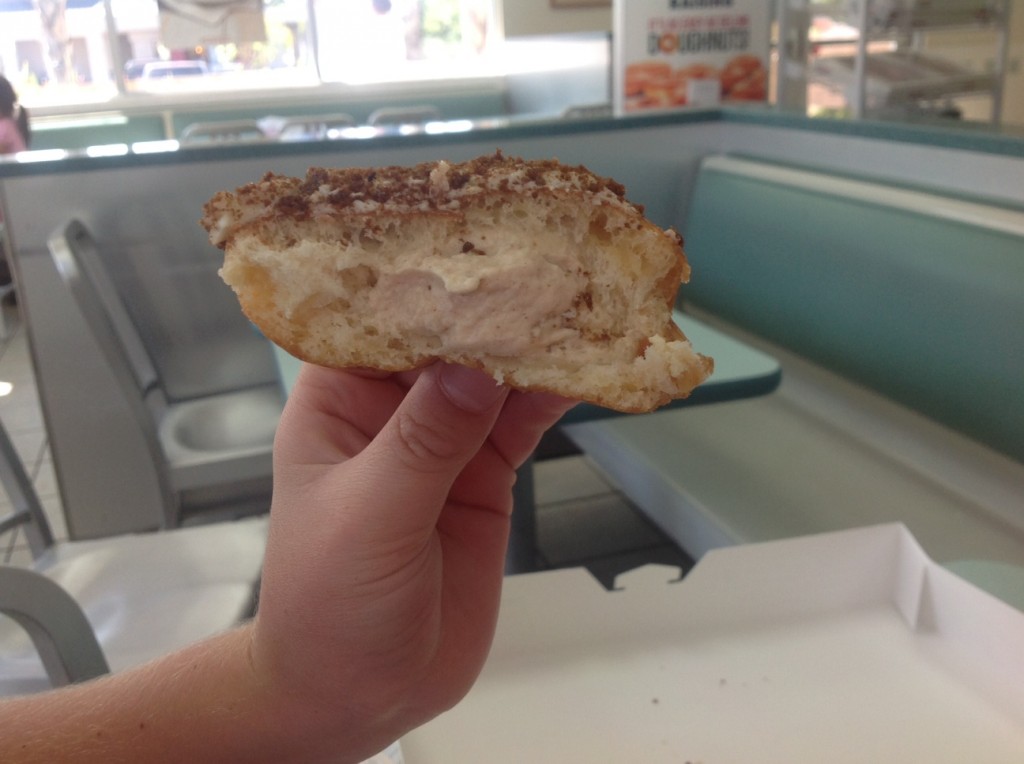 The Pumpkin Spice Donut (second from top in the dozen) was a moist and coated in Krispy Kreme’s famous glaze. It was a really fun family outing and we are definitely going back for Talk like a pirate day!.