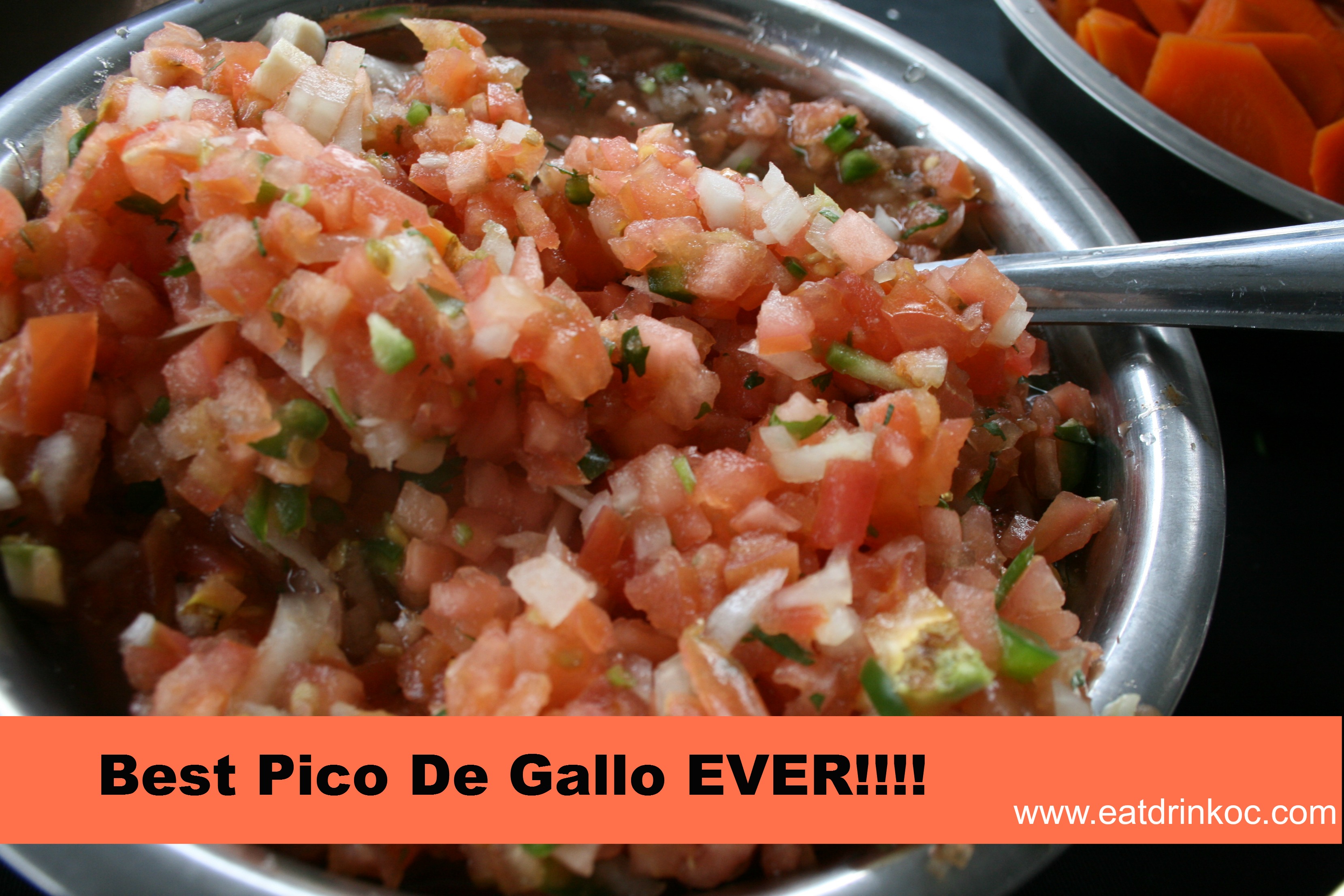 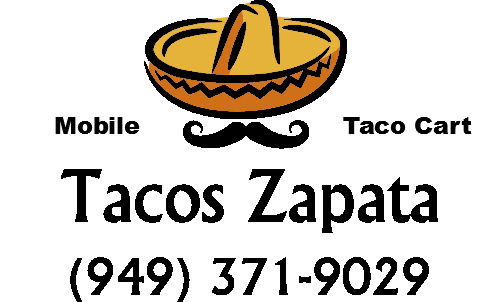 If you have ever thrown a party for a large crowd before then you know the stress that goes along with trying to feed a large amount of people.. This past weekend was my daughters 3rd birthday and we had a huge party for her. Being that she is my only girl and last baby I made sure that it was over the top!

Due to the amount of planning that went into this party I opted to go for an easier route to feed my guests. Sure, I would have loved to have made finger sandwiches, and deviled eggs and fruit salad, etc., but I needed something more simplified. That is when I remembered that a while back my friend had a taco cart come to her house and cook for her friends and family.

Enter Tacos Zapata. This company is the real deal. Prior to booking them I had called around to several taco catering companies in OC only to find that no one answers their phones. I must have left 5-6 messages and only a handful called me back. When I called Tacos Zapata, Edgar personally answered was super friendly. He answered all of my questions and when I called him back the next day I left a message for him and he called me back within 10 minutes. He was also very prompt with emails.

When the day came for my party, Edgar and his helper arrived 40 minutes prior, to set up and start cooking. Mind you it was raining heavily that day and they never once complained. We put an easy up for them in the front yard and it worked out perfectly. They stayed dry  and comfortable, as did our food. 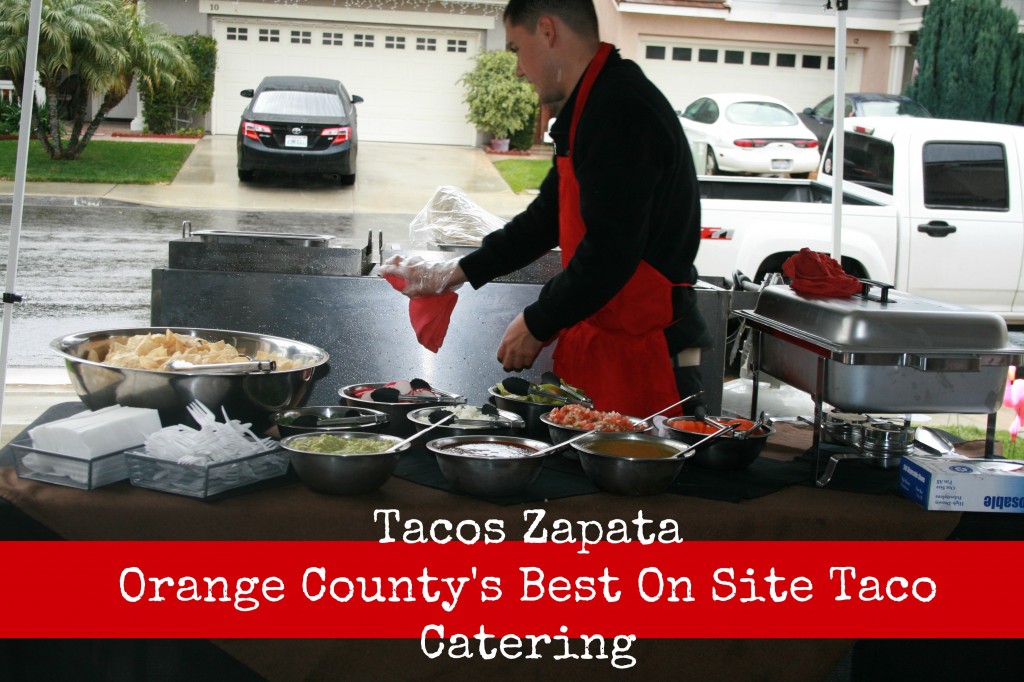 They literally brought everything I needed. The package I got included:

I bought extra chips, dips, and veggies at the store just in case people were still hungry, but they were barely touched because everyone was happy with the chips, salsa and guacamole from Tacos Zapata. 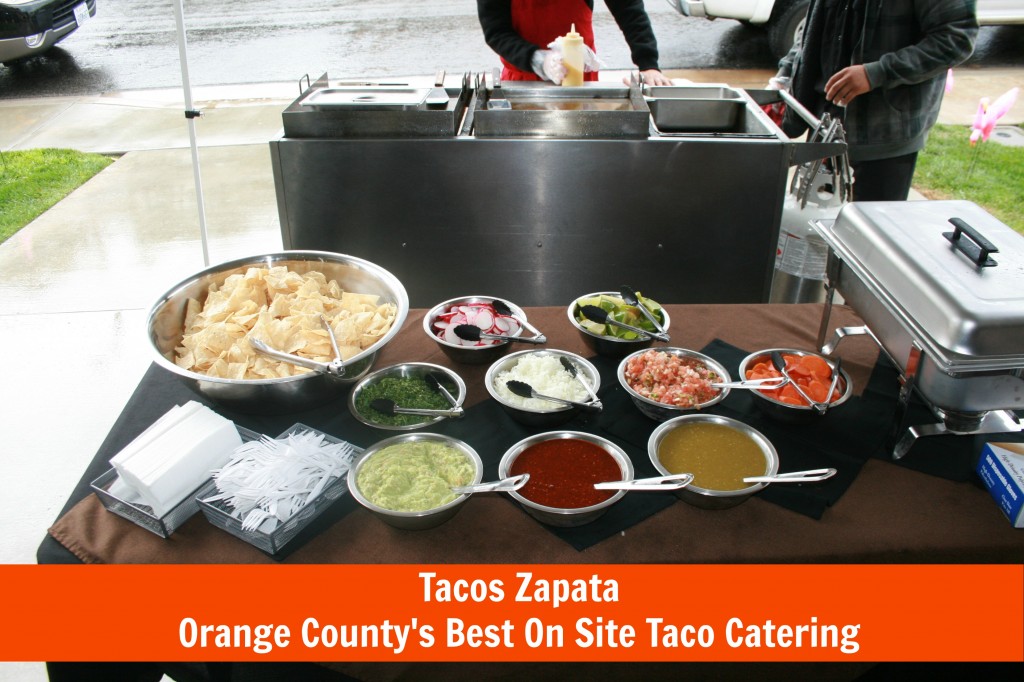 Look how big that bowl of chips is! 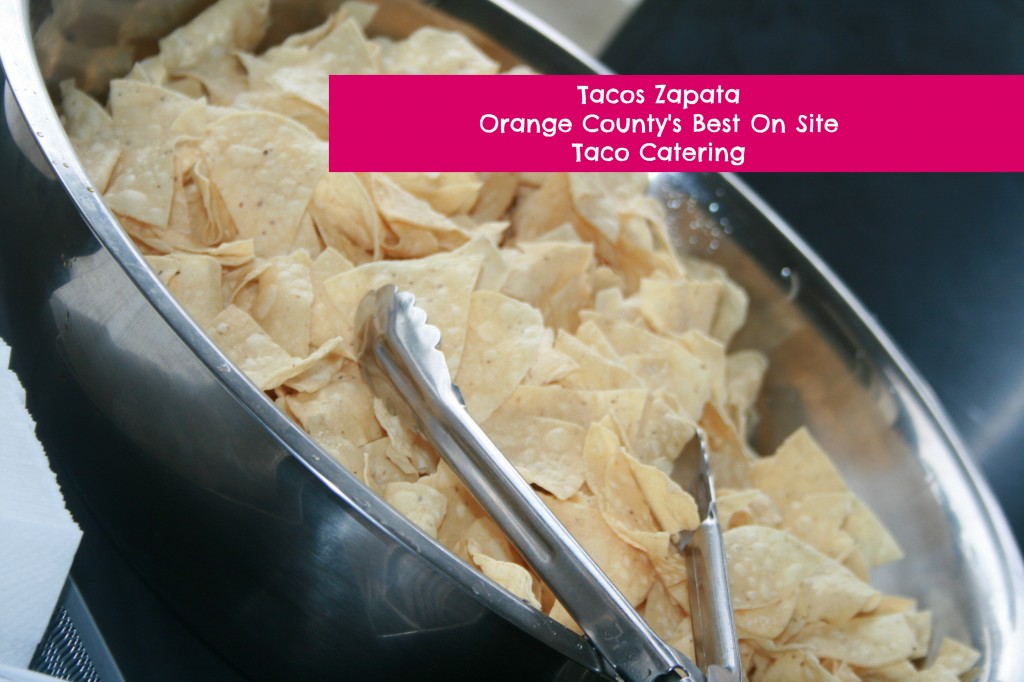 Below is the Condiments for the Tacos. The pickled carrots were delicious. They were soaked in a vinegar solution and the radishes were nice and crispy.

The bowl of Guacamole was just as big! It was home made and had the perfect amount of spice. 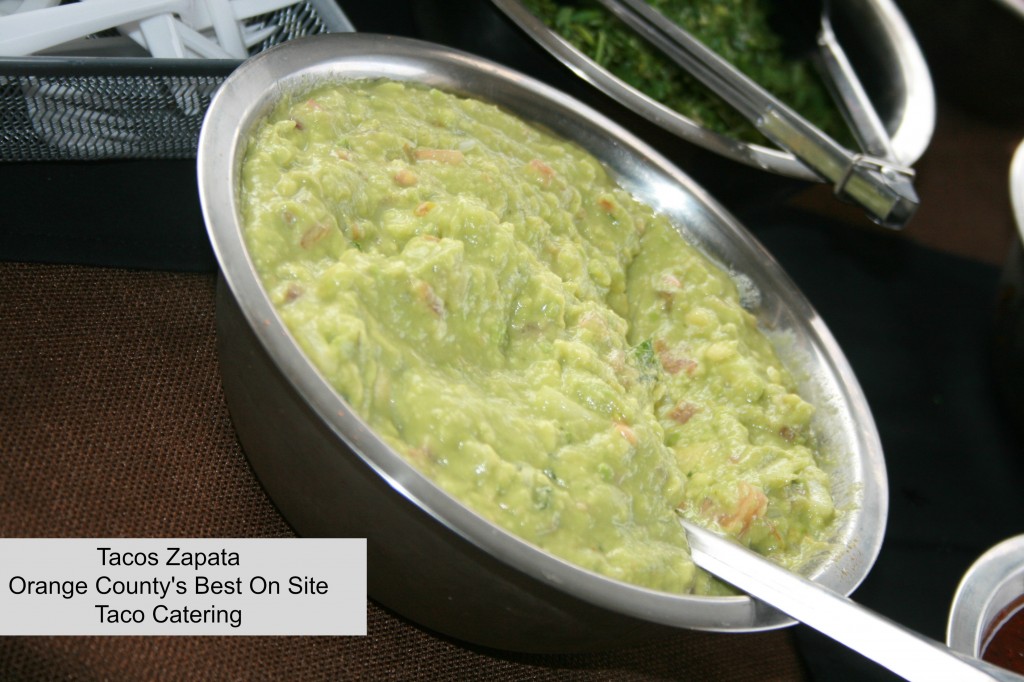 Ok, let me talk about their pico de gallo for just a minute. This stuff was the best pico de gallo I had ever had. And I eat A LOT of pico de gallo because it is one of my favorite things to eat with chips. There was so much flavor between the cilantro, the onion, and the chili’s. And the tomatoes were diced to perfection.. We had some left over at the end of the party and the next morning I  covered my eggs in it. Yum! 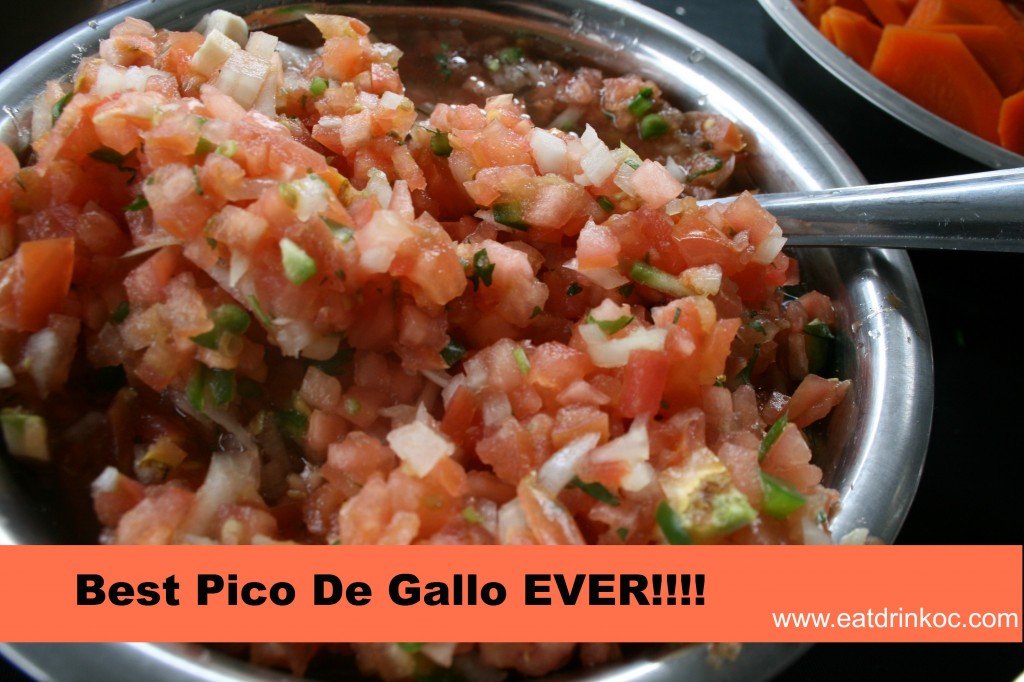 Moving onto the meat….. We had chicken, carne asada, and carnitas. All three meats were  moist and tender and all of my guests were raving about how good they tasted. I love how the chicken sauteed in it’s own juice along side with the peppers. This was authentic Mexican Food. 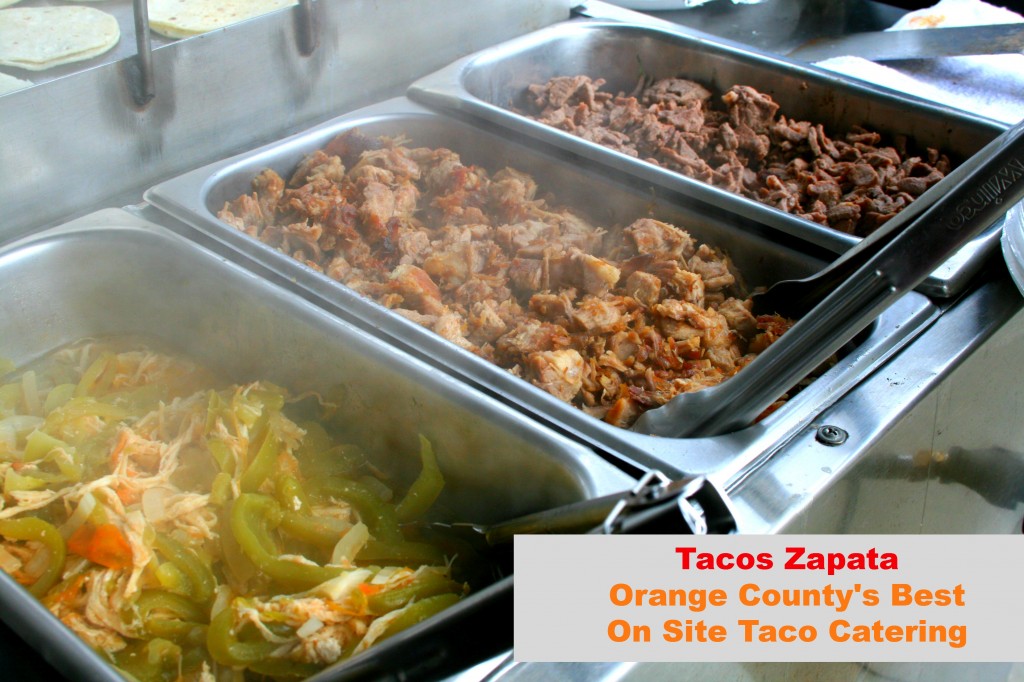 The Rice and Beans were a great addition to everyone’s tacos. I went back for more several times. The rice was so fluffy and light. 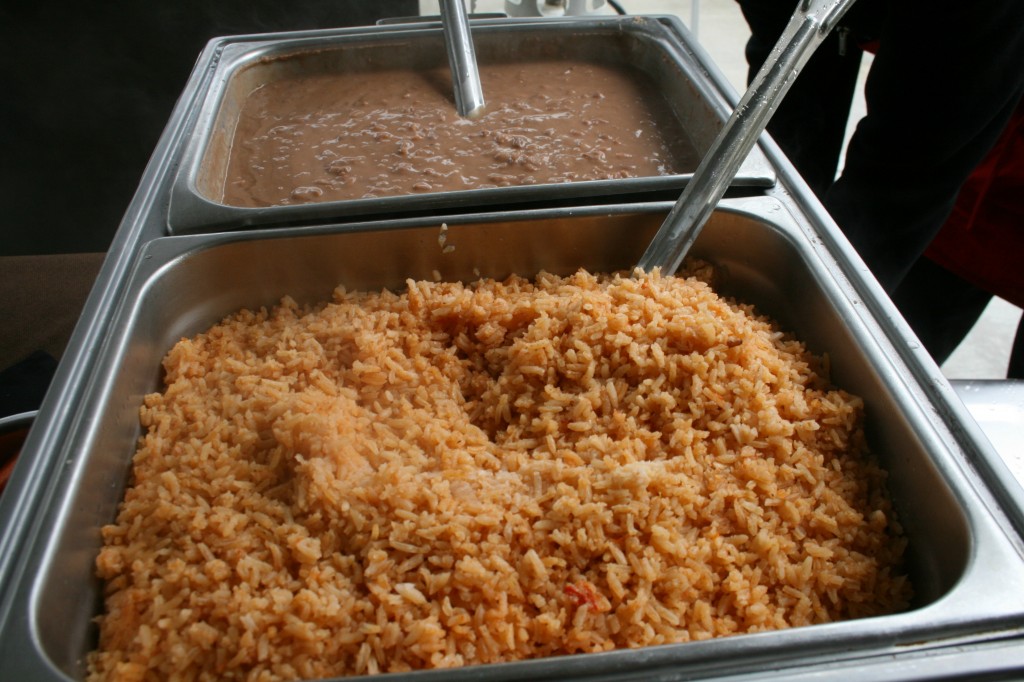 The tortillas they used were corn tortillas and you could make little street tacos out of them. They were a great size. Since we had so many little toddlers, Edgar and his partner made a bunch of Quesadillas for the kids. They loved them and gobbled them right up! 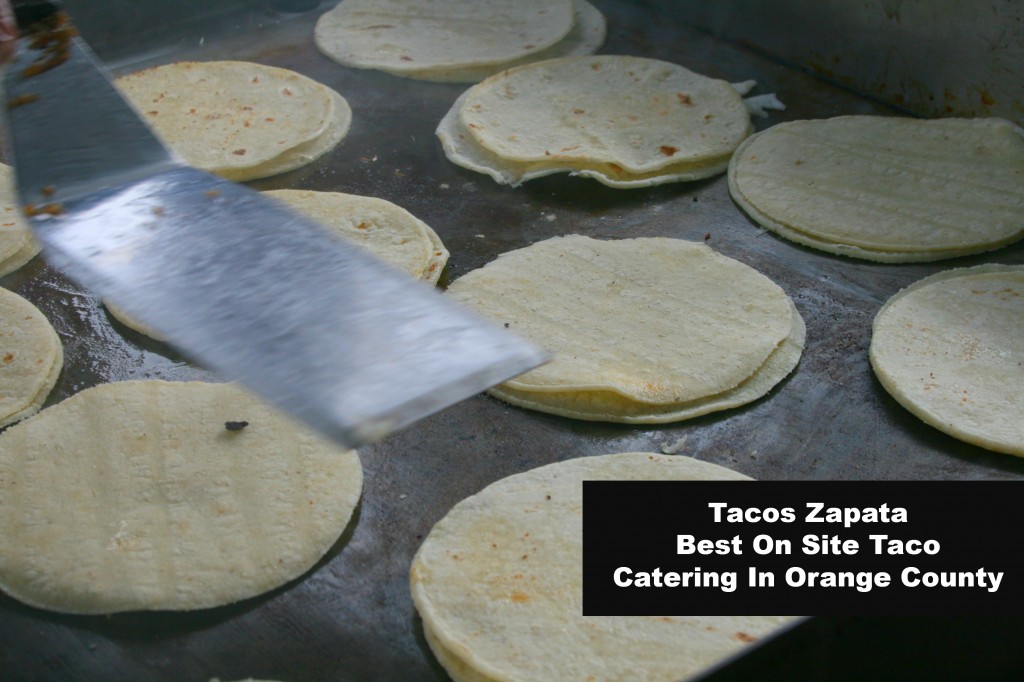 This is a picture of my plate. And that was just my first helping. 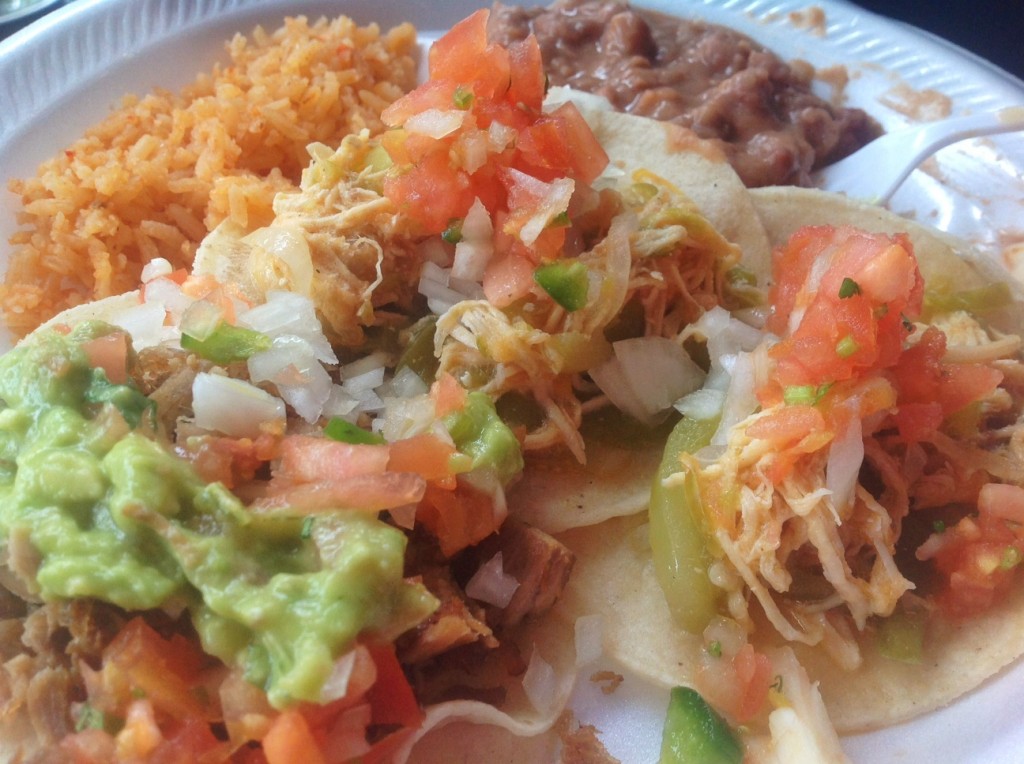 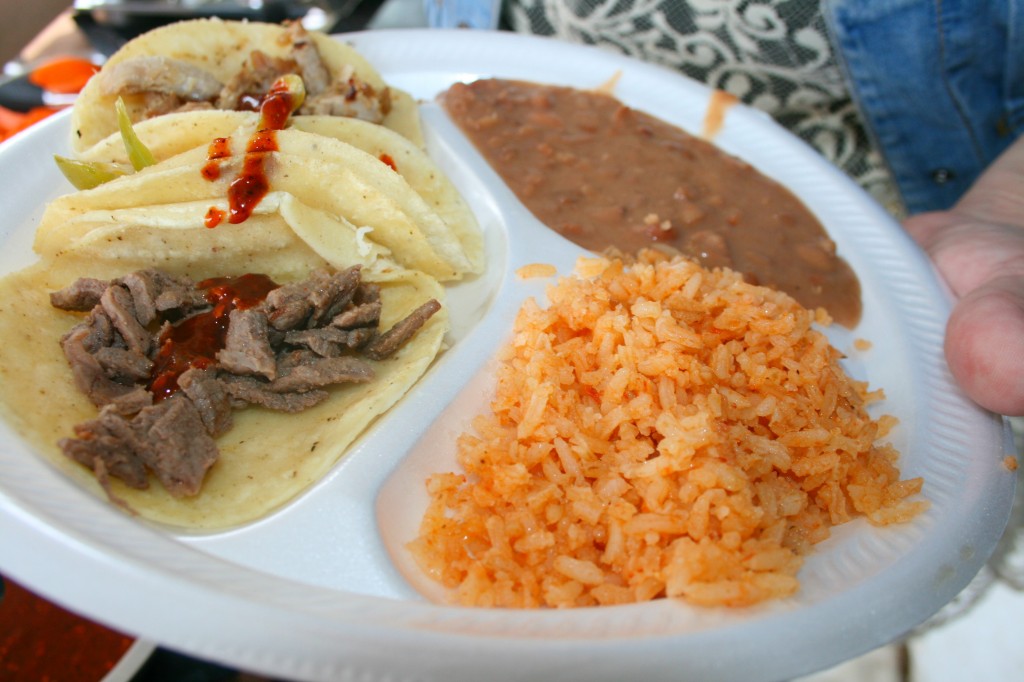 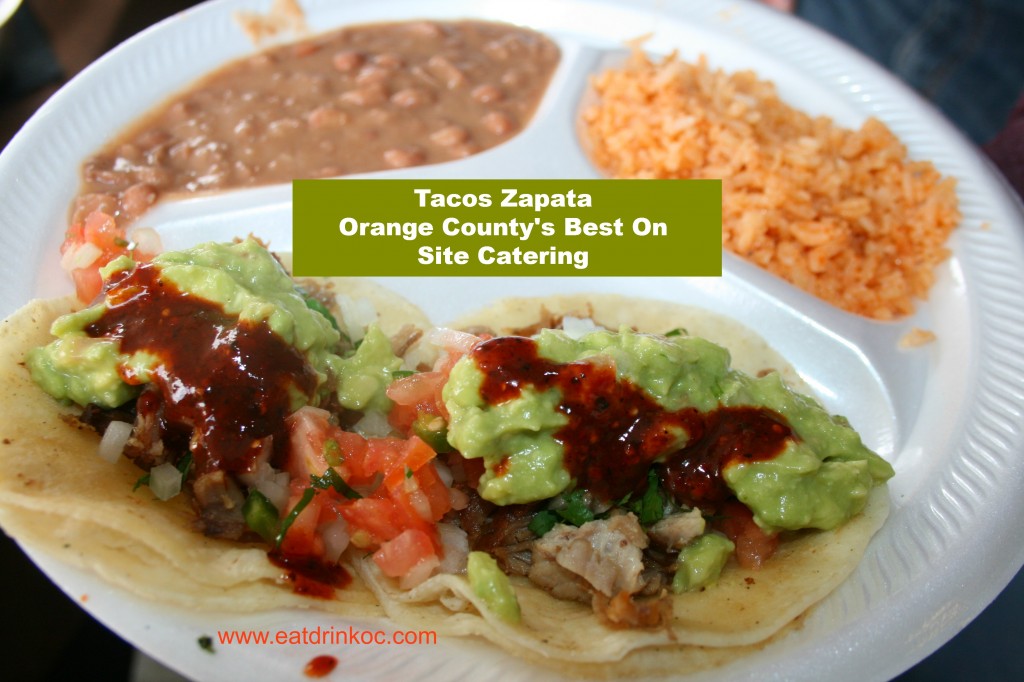 Before I finish I just want to mention that Edgar and his helper were extremely polite to my guests and were very accommodating to everyone at my party.

I highly recommend Tacos Zapata. They have an awesome Photo Gallery on their site as well as on their Facebook Page. You just cannot beat the convenience and reliability of this company. The best part was there was no clean up afterwards!