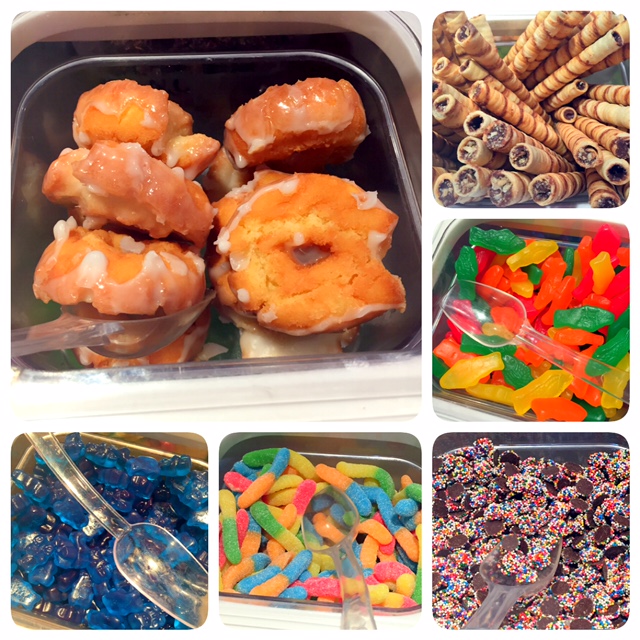 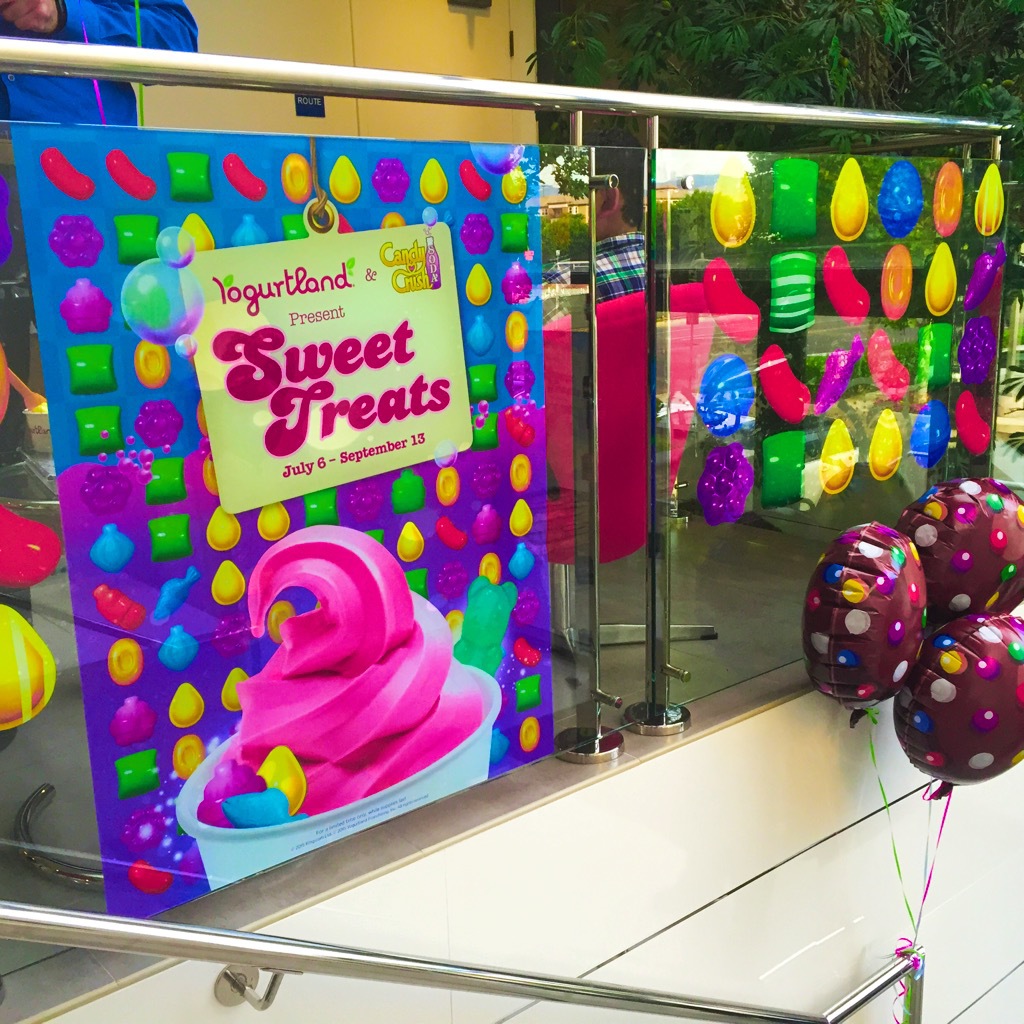 If you have a smart phone then you have probably heard of the fun yet addicting game called “candy crush”. It’s so popular that even Yogurtland is coming out with a Candy Crush Sweet Treats  campaign. #yogurtlandsweettreats on July 6th and runs through September 13th. 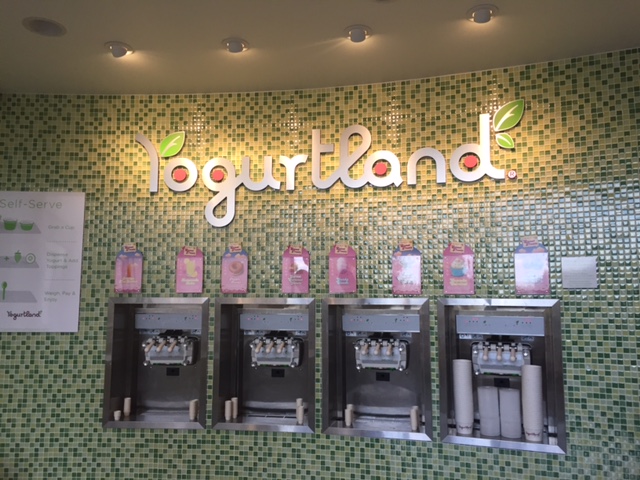 There are 10 new Candy Crush inspired flavors: Every two weeks Yogurtland will introduce two new flavors (on Mondays…mark your calendar). The new flavors with release dates are: 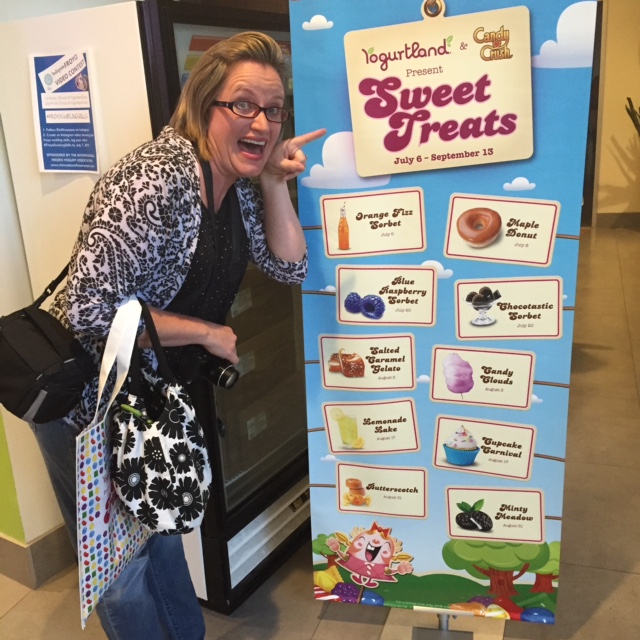 There are 6 new delicious toppings. They are colorful and tasty. 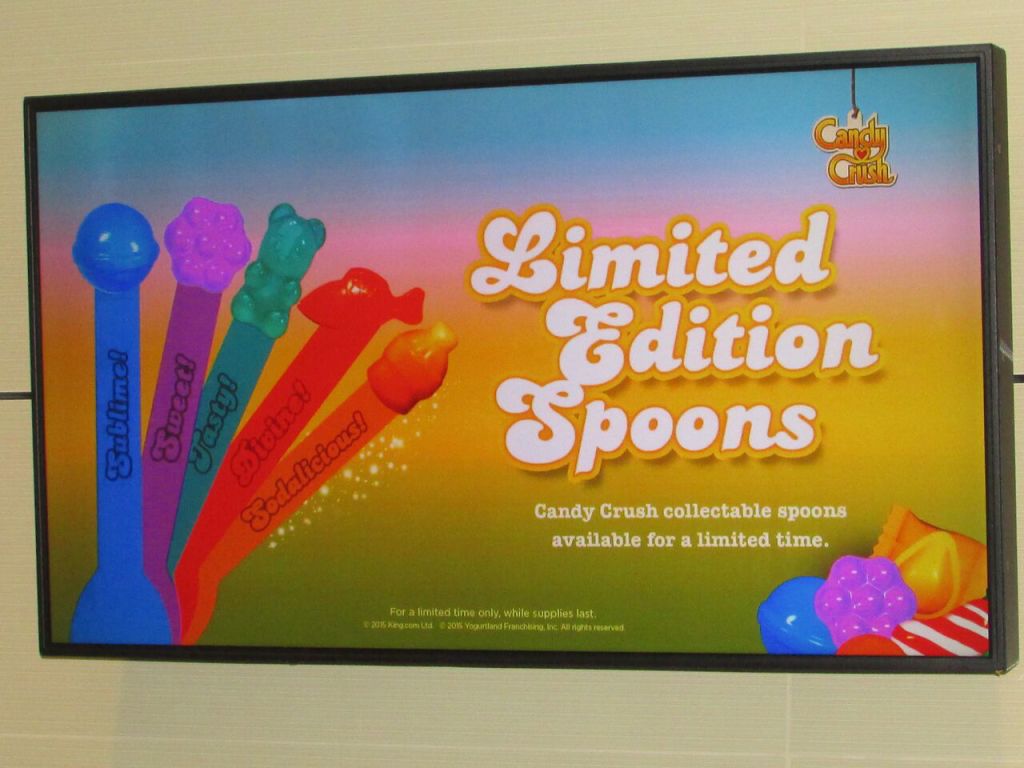 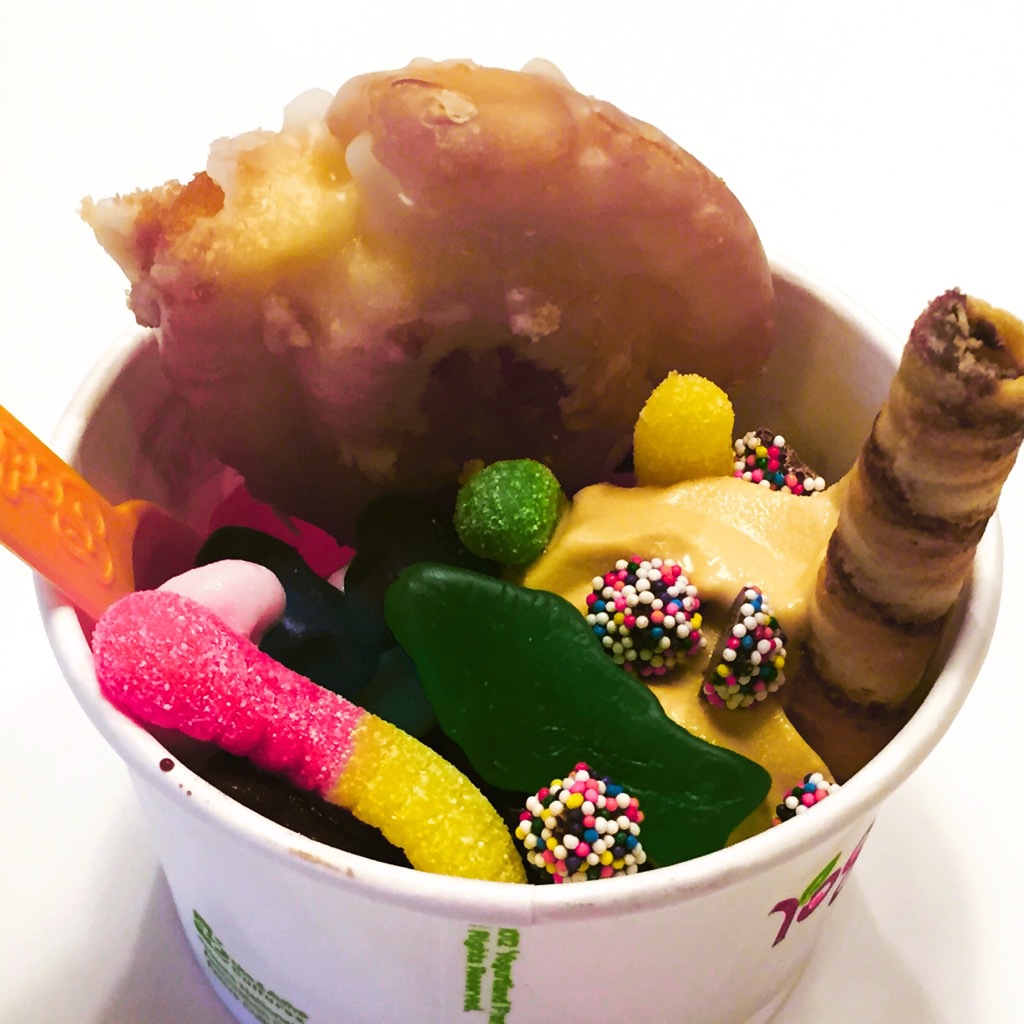 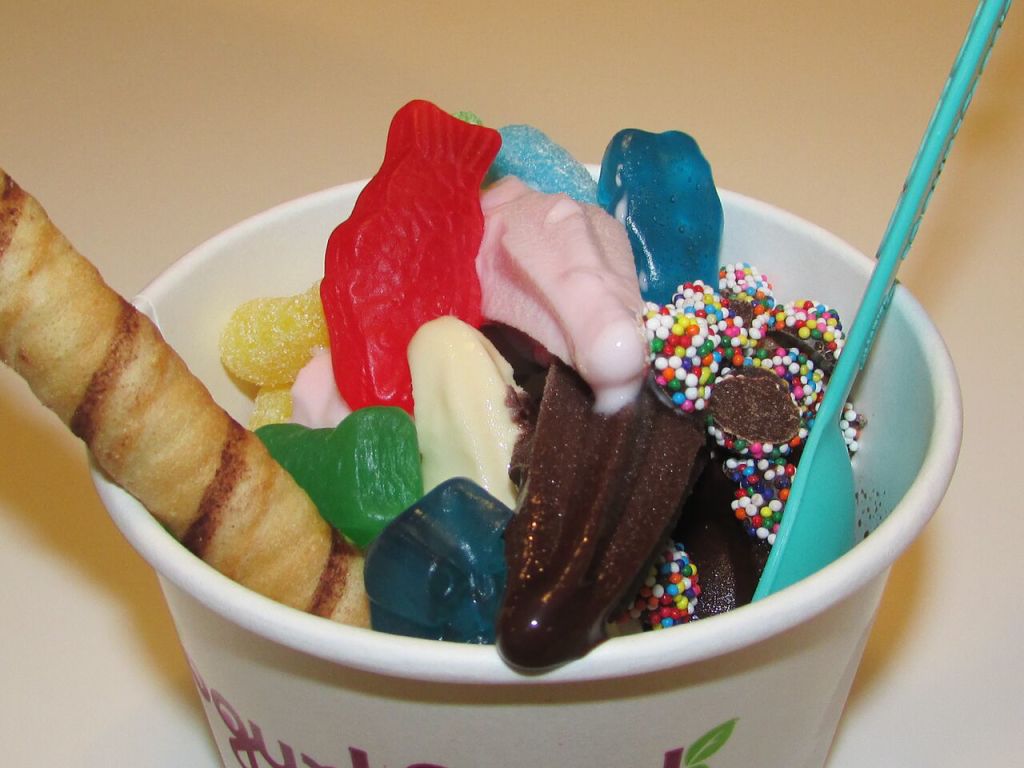 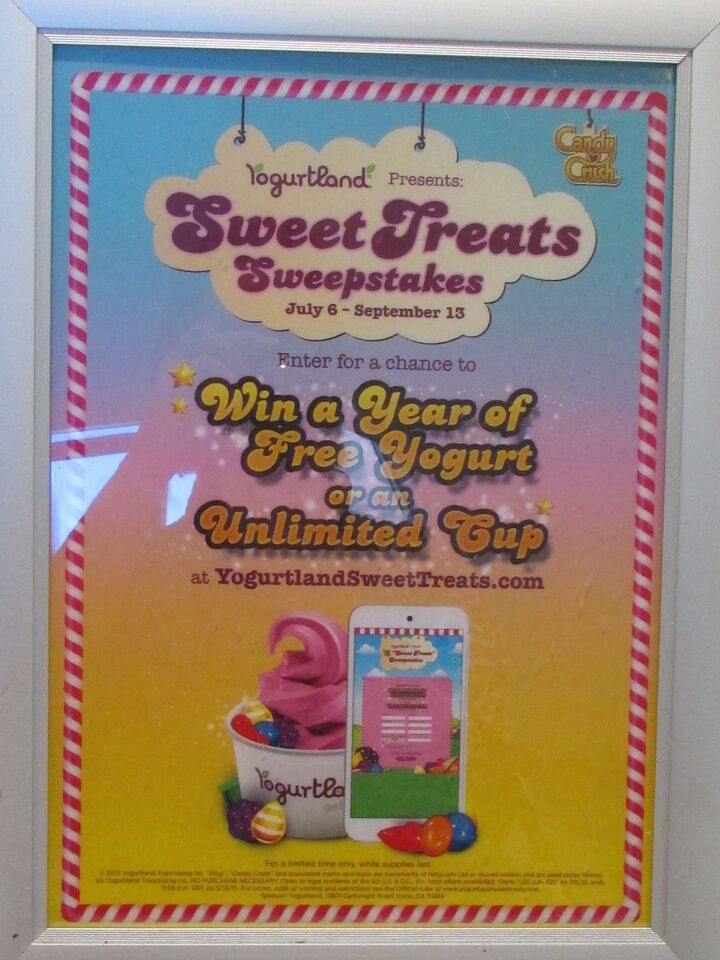 Guests will have a chance to win instant prizes like free frozen yogurt for a year and an unlimited cup of frozen yogurt. 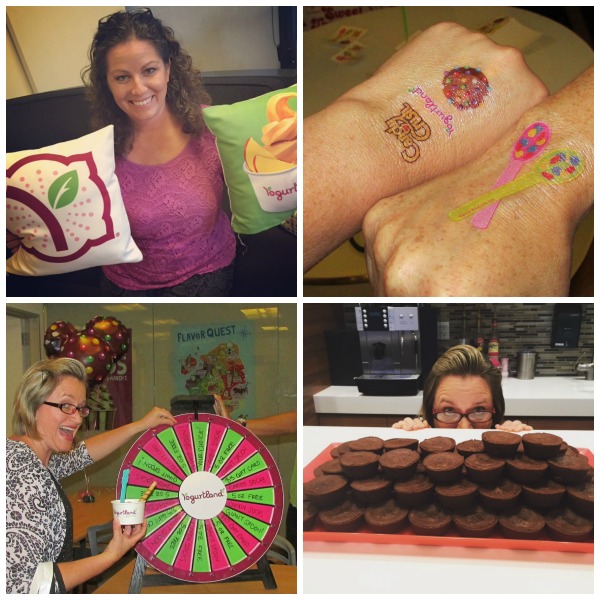 My favorite flavors were Lemonade Lake and Chocolate sorbet. We also won fun prizes like candy crush socks and played with temporary tattoos.