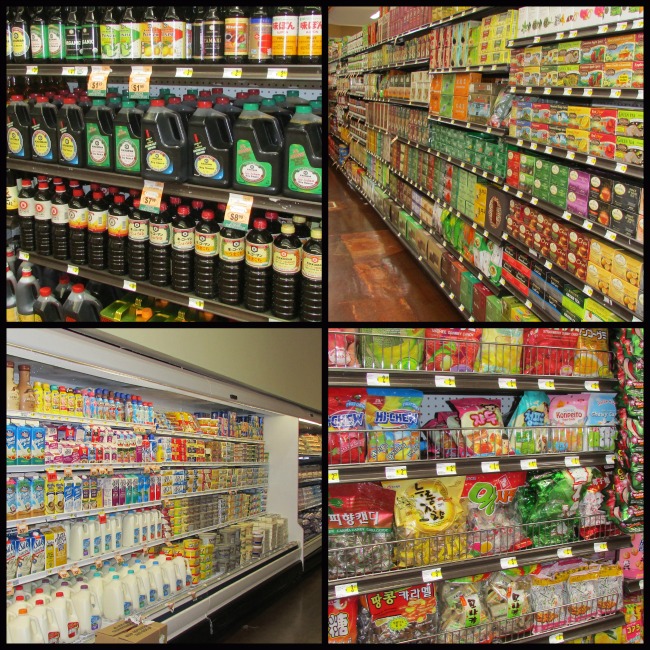 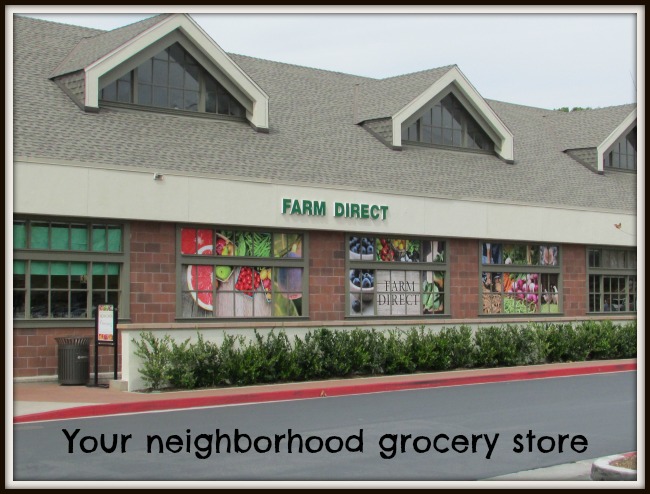 The other day I was given a tour of a new grocery store called Farm Direct market. Farm Direct market is a grocery store located in Irvine, CA. They strive to provide the freshest produce and a large variety of groceries from various regions. They have been in the grocery industry for over 10 years and offer an array of international specialties. 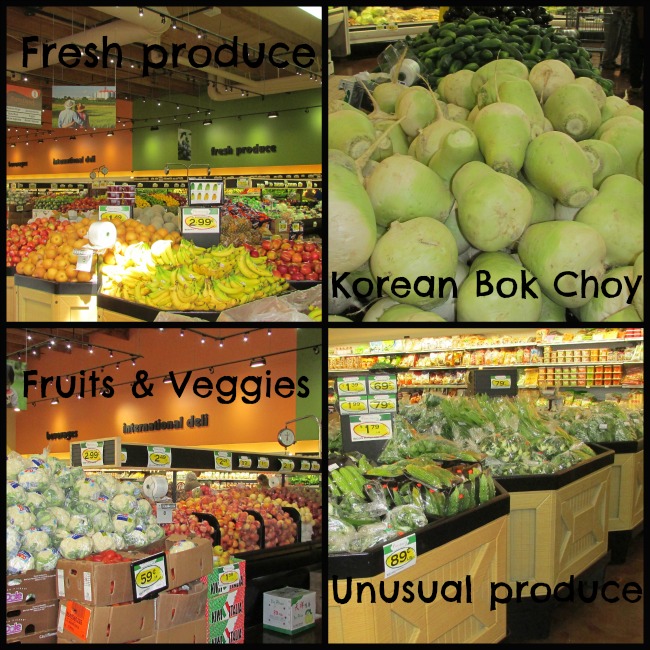 The first thing I noticed when I walked in was the produce. They have a very large fresh produce section with bins of juicy peaches, bright green cucumbers and beautifully ripe bananas. What makes this store unique is their unusual produce they carry as well as the regular stand-by’s. You can find anything from Korean Bok Choy to raw coconut to Cilantro, they really have it all. 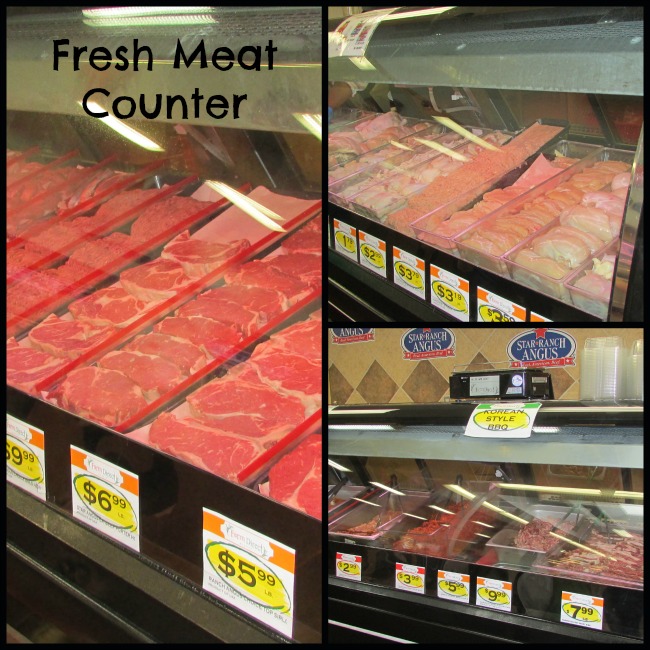 They have a butcher on site so you can get all of your meats cut fresh. Not only do they carry the normal beef and chicken but the have a wide array of Asian meats which are sometimes hard to find. Their meat looked fantastic! Very fresh and their was plenty of it! 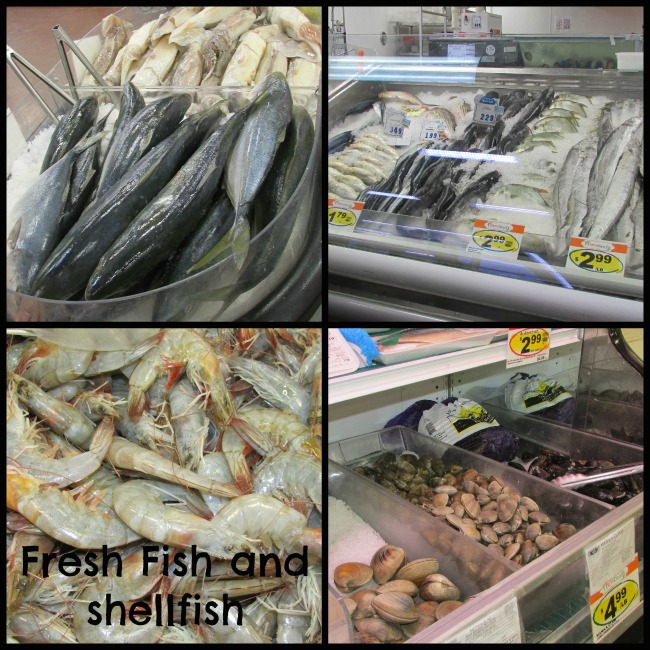 Their fresh fish area was one of my daughters favorites! She loves looking at all the fish and this place had a ton to choose from! Not only were there several different types of fish but also many more varieties of shellfish then the average grocery store.

Besides all the fresh items Farm Direct carries they also have rows and rows of prepackaged food, a dairy

section, a bakery, several rows of frozen foods, a liqueur department a floral department and a section for nuts and dried fruits. Inter-dispersed within the regular American food you can find foods from all over the world with an emphasis on the Asian market.

On the opposite end of the store from the produce is an international cuisine food court. The entire left side of the store is one long buffet line of delicious dishes from Korea, China, Japan and India. 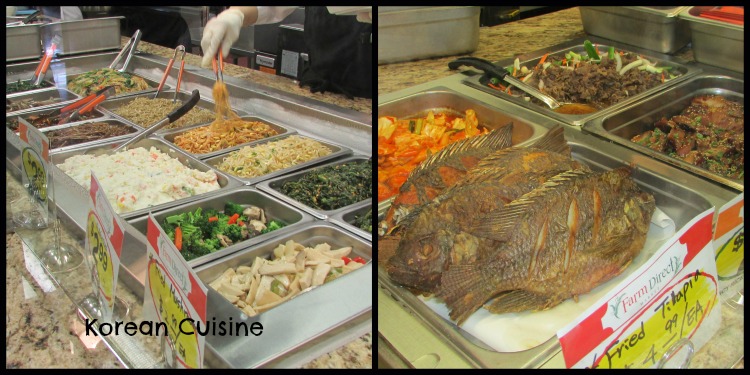 I was able to sample some of the dishes and found the food to be hot fresh and fantastic! The workers that were serving at each section knew their types of food very well and could pronounce the types of food with ease.

At the Korean counter we sampled some of their Fried Anchovies. They were salty and crunchy. A perfect snack in the middle of the day. 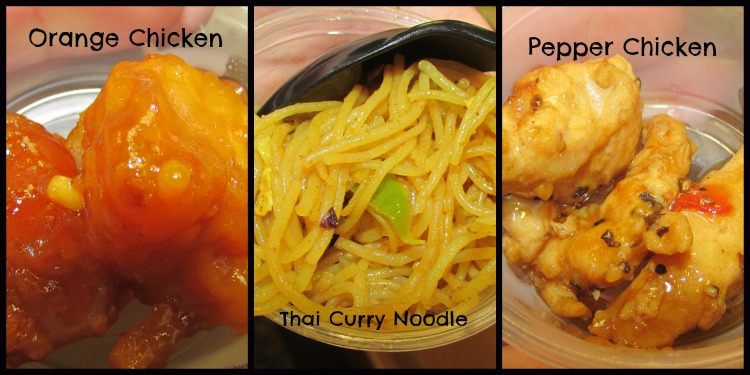 In the Chinese section I tried Orange Chicken, Thai Curry Noodle and Pepper Chicken. Now I LOVE Orange Chicken. It’s probably one of my favorite Chinese dishes. And this Orange Chicken did not disappoint! In fact all three of these items were very tasty. They were served piping hot and in very generous portions. My daughter is a fan of Chinese food as well and she loved them too! 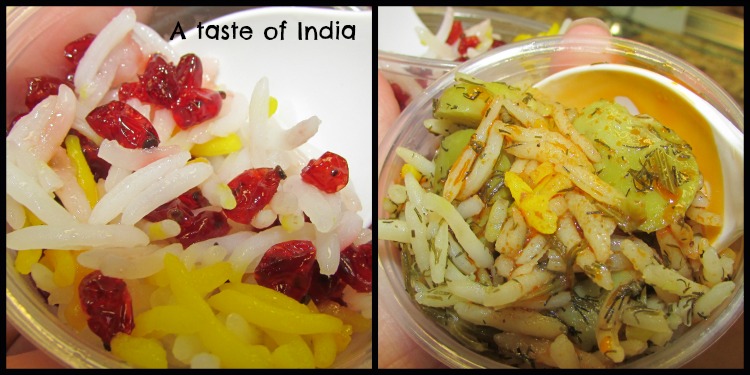 The 2 Indian dishes I tried were called Baghela Polo and Zereshk Polo. They were both very tasty with the Zereshk Polo being my favorite. The Pomegranate Seeds in the Zereshk Polo made it a salty and sweet combo that was fantastic! 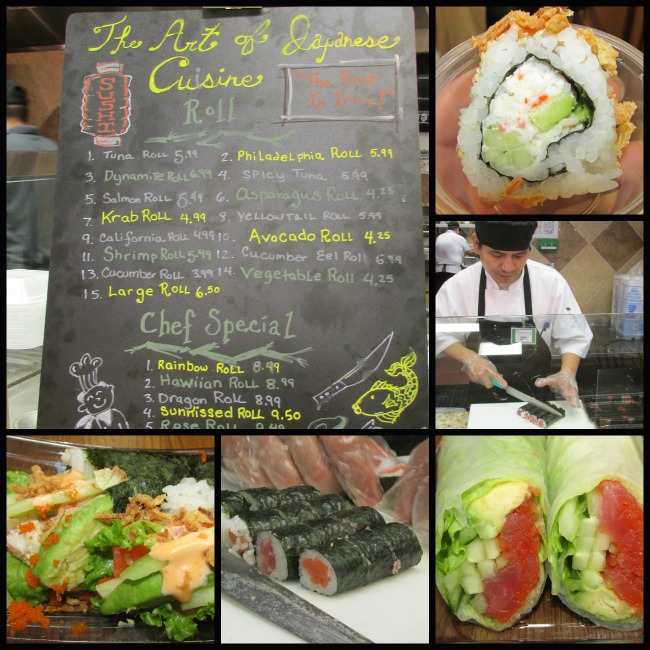 And last but not least was the Japanese Cuisine. We were invited to have a complimentary lunch here. There was a Sushi Chef on stand-by ready to make everything to order. I do not like Sea Weed so I asked if they had soy or rice paper instead. He told me they had rice paper and he made me a Spicy Tuna Crunch Roll. It was very fresh, crunchy and not too spicy. It was perfectly paired with a nice cold Coca Cola.

Overall this place is really a one stop shop where you can get ALL your grocery shopping done including all the specialty items you would need to make that fantastic Asian dinner. And then when you are done shopping you can grab a quick bite of some delicious chow mein noodles and call it a day!