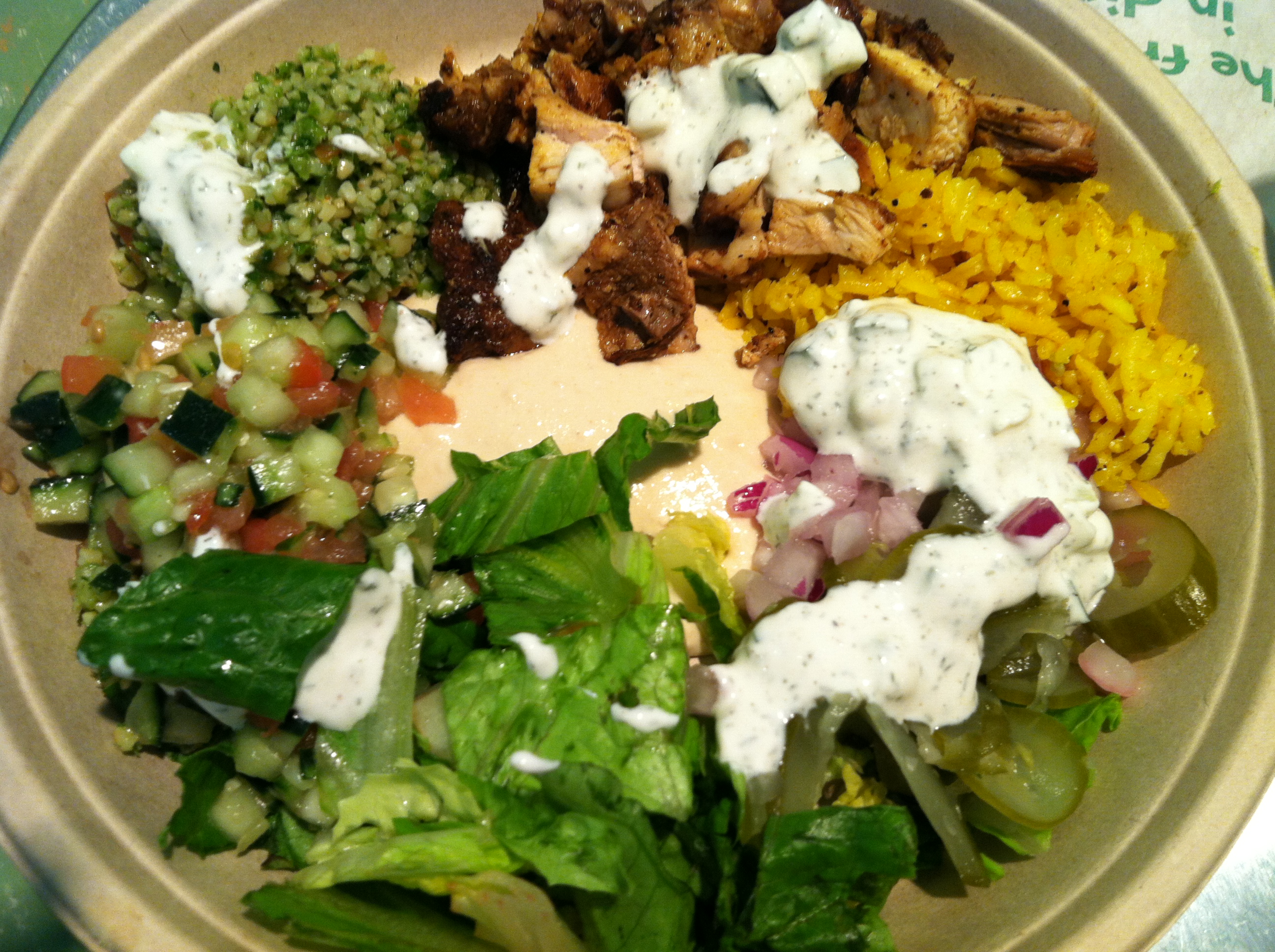 I enjoy Mediterranean food, and Southern California appears to have many options of similar styles. From Persian, to Lebanese, to Greek and Turkish, all seem to have similar themes of grilled meats and chicken with abundant spices and a careful balance of olive oil, garlic, rice, and pita bread.  I also love the grilled vegetables and crunchy salad options that usually accompany the main course.  Whenever possible, I prefer to try independently owned restaurants. There the cooks and owners bring their own style and passion with the freshest local ingredients and it’s clear to see the subtle differences of each style.

When Garbanzo Mediterranean Grill arrived in Aliso Viejo at the Town Center, I was excited to try a new place of this style in my home town.  There is an overload of hamburger joints and chains like Macaroni Grill and Chilis, so I was hoping that this new restaurant would stand out as a worthy contender among the smaller off-the-beaten-path places that usually exceed my appetite’s expectations.

Having just opened their doors recently, I decided to try it with my husband and 2 kids (ages 7 and 2).  The first thing we noticed was the layout, since you approach the ordering counter from a long (empty) queue along the side wall.  It’s clearly mimicking the style of Chipotle restaurants, where your food is assembled as you order it.  Since I enjoy that chain as one of my favorite fast food spots, my initial thoughts were, Mediterranean food with the Chipotle service model?  What could go wrong?”

Then I observed the color scheme and table layout, which appears open but a shade of lime green everywhere.  It’s bright, but a little bit too intense as if it’s trying to over-emphasize something (freshness?).  Were the designers and marketing managers trying to cover up for some inadequacies?

We soon discovered that the only things over-emphasized were mediocre flavors, overpriced small portions, not-so-fresh salad, and an overall “blah” dining experience.  We won’t be returning to this restaurant, and here are the details why.

First they offer a free falafel to taste as soon as you get to the counter.  I’ve tried it many times from many places, and it just isn’t my thing.  I’ve even tried theirs (they handed them out in front of the restaurant one day) and I thought “meh”… but I’m no falafel expert.  Upon attempting to order, they try to simplify it but somehow it doesn’t seem simple.  If you want a salad, you have to scroll your eyes down the menu.  If you want a “meal”, you get choices.  If you choose “pita” for a choice, you may be told, “you know you already have pita with the xx that you are ordering”.  They need to simplify the concept or else they will sell too much of the standard stuff and will end up with wilted salads (read on). They also charge $ 0.89 extra for toppings.

I order the chicken shwarma plate and I had 5-6 options of choices to add. But at the end of my order my food looked like slop. 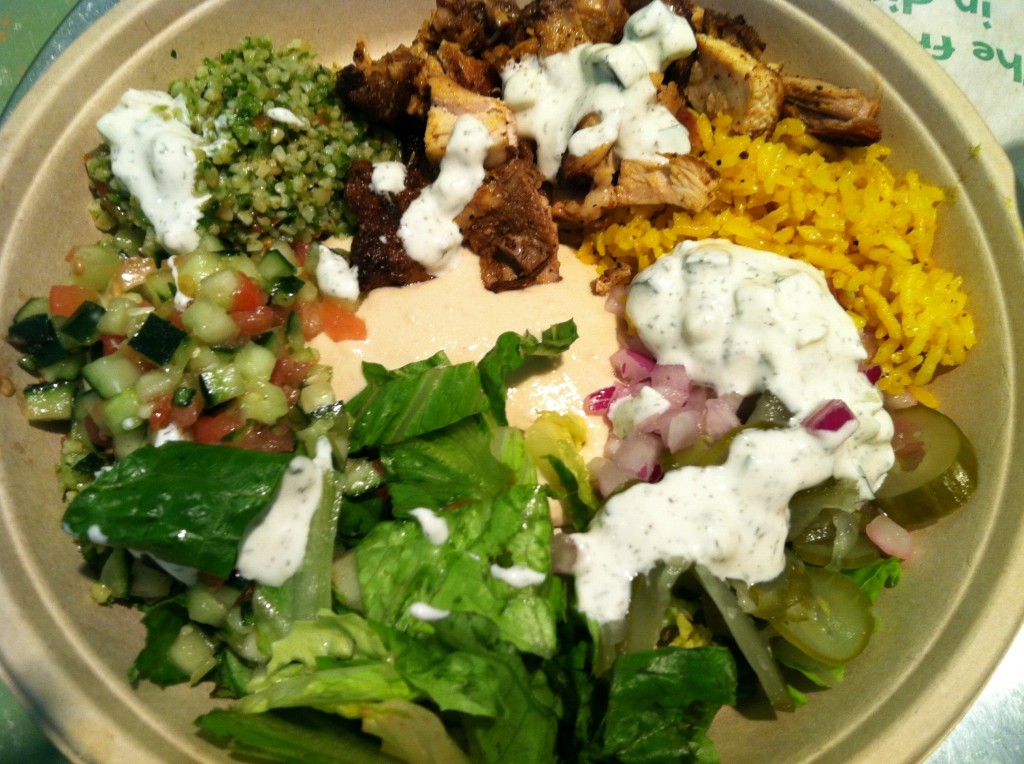 My husband ordered the chicken shawarma salad with mushrooms for a new twist on this meal.  He got an apple and drink for the meal.  My son ordered the chicken bowl kids meal.  So it seems we all favored the shawarma option, which is difficult to mess up.  The chicken wasn’t terrible, but just very mediocre (tasteless) – which is unusual for shawarma.  The mushrooms added some salty flavor, but not much more.  My husbands salad had a small portion of rice (about 25% of the rice normally served with similar meals), and the rice was yellow and pasty (an attempt to resemble some style that I’m not sure anyone likes much).  He doesn’t normally eat all the rice served with these typical meals, but it makes it easy to share with the kids.  This was not the case with the salad he ordered.  It was not share-worthy (try Panini Café nearby, and order the Chicken Shish kabob.  It will feed two hungry people for a fair price, and they will leave happy and satisfied).

In this undesireable salad, some of the lettuce was wilted and discolored.  You can see in the picture below that the iceberg lettuce was red and old. There was some minced vegetable mix, meant to resemble a shirazi salad (cucumbers, tomatoes, olive oil, and lime juice).  It was bland and had no crunch, seemingly almost from a can.  The dressing was creamy but not tangy.    Also, the portion sizes were small and the prices were not.  Normally we could feed all 4 of us to the max for $25 at a typical local place, but this was not the case here. 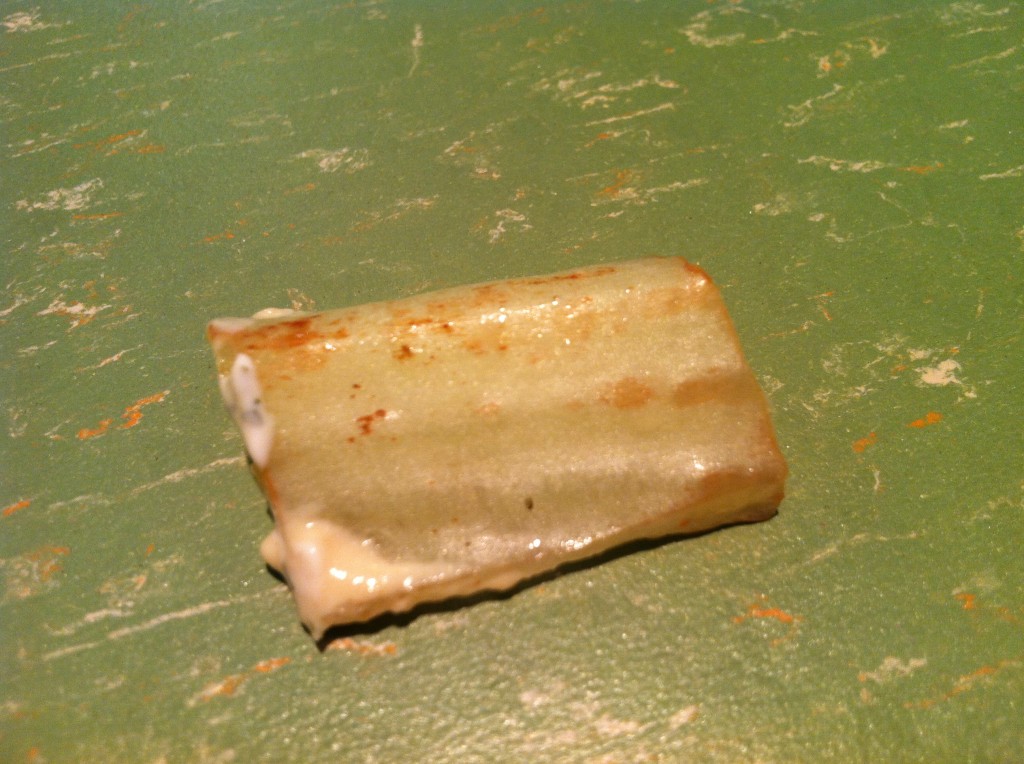 My son ordered the kids chicken bowl.  It was the smallest amount of food I ever saw in a kid’s meal for $4, outside of an amusement park.  In fact, he barely ate it because it had no taste.  This same boy devours every bit of chicken and plenty of rice at our other favorite Persian place. You can see in the picture it was only filled halfway. 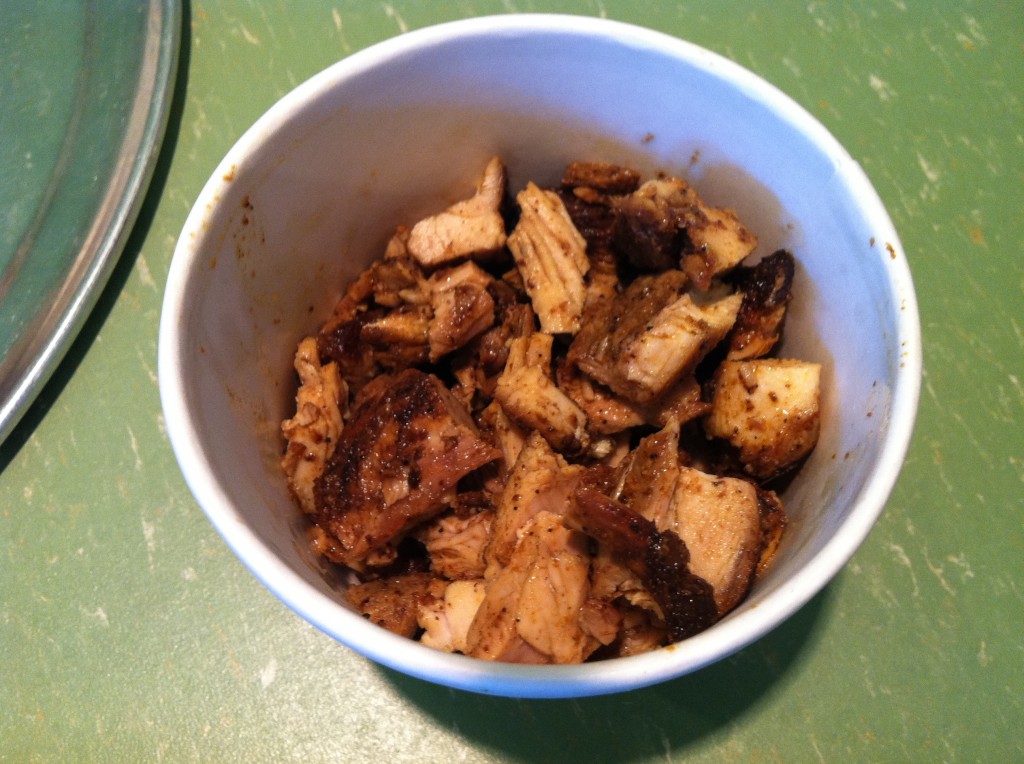 I can comment about the drinks in a positive light, because they had some fruit-flavored green tea that was pretty good.  And the staff came by to check on us and even asked if we enjoyed the meal.  We were polite and told them less than our true feelings.  We did eat most of our portions because we were very hungry and there wasn’t a whole lot to eat anyway.  It was a first experience and perhaps we were too limited in our choices, because there are many other items on the menu to consider.  Maybe at another visit we could have a better experience if we were to test out different meals.  But that won’t happen for us anytime in the near future.  Once was enough.

One thought on “Garbanzo Grill Fail”