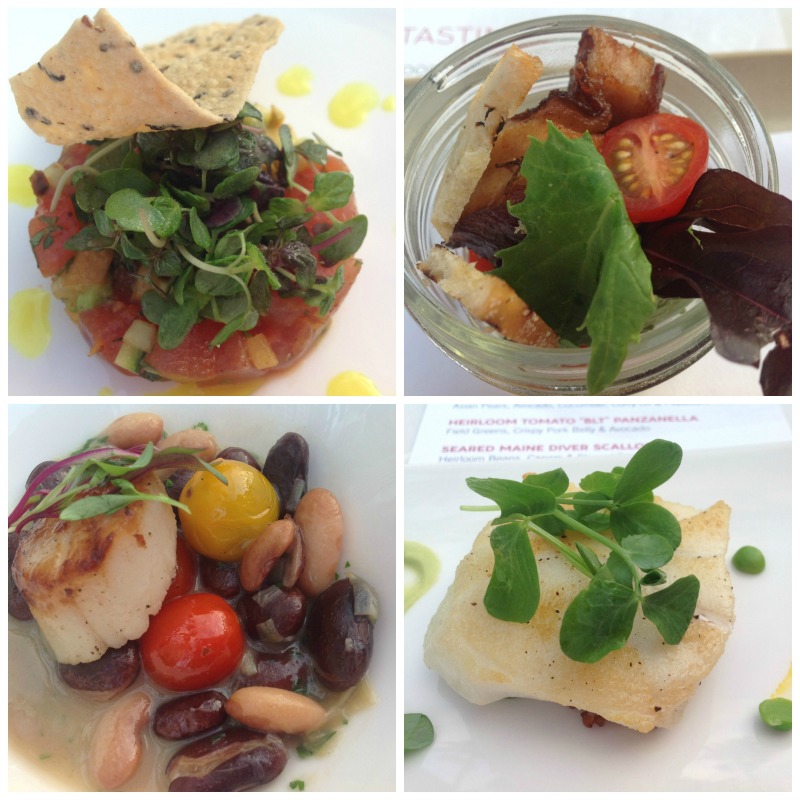 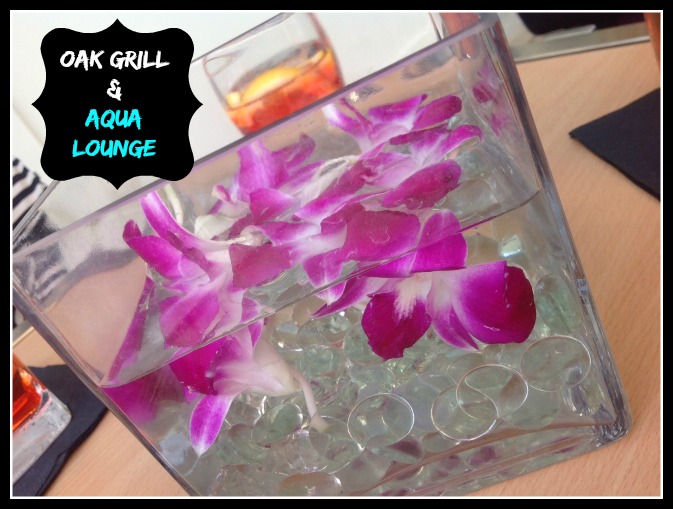 I am always looking for new and exciting places to go on date night with my husband. They are so few and far between that when we do get them I want them to be  EXTRA special. And I believe I have found the perfect spot!

This week I attended a media sneak preview of the new restaurant and lounge that will become “Oak Grill and Aqua Lounge” inside the Island Hotel in Newport Beach.

It was my first time visiting this hotel and I was blown away at how beautiful and tropical it was. I felt like I was walking into paradise. The restaurant and Lounge are not quite completed yet so they set us up for appetizers and cocktails by the pool before we went on a tour. Talk about a  relaxing setting! Below are some of the items you will find on the menu at both places. 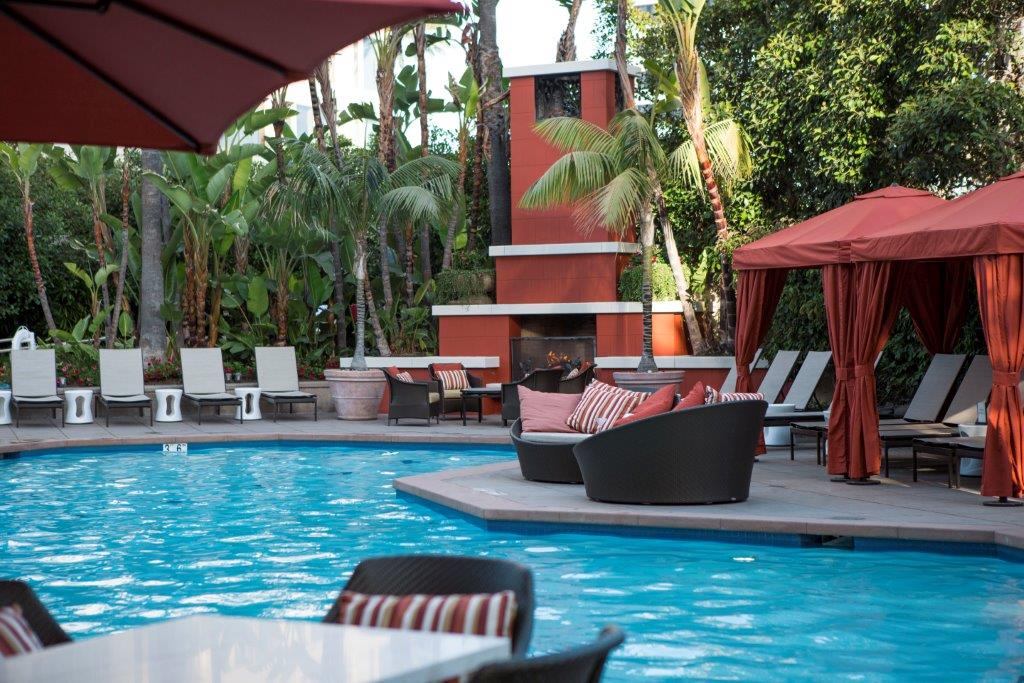 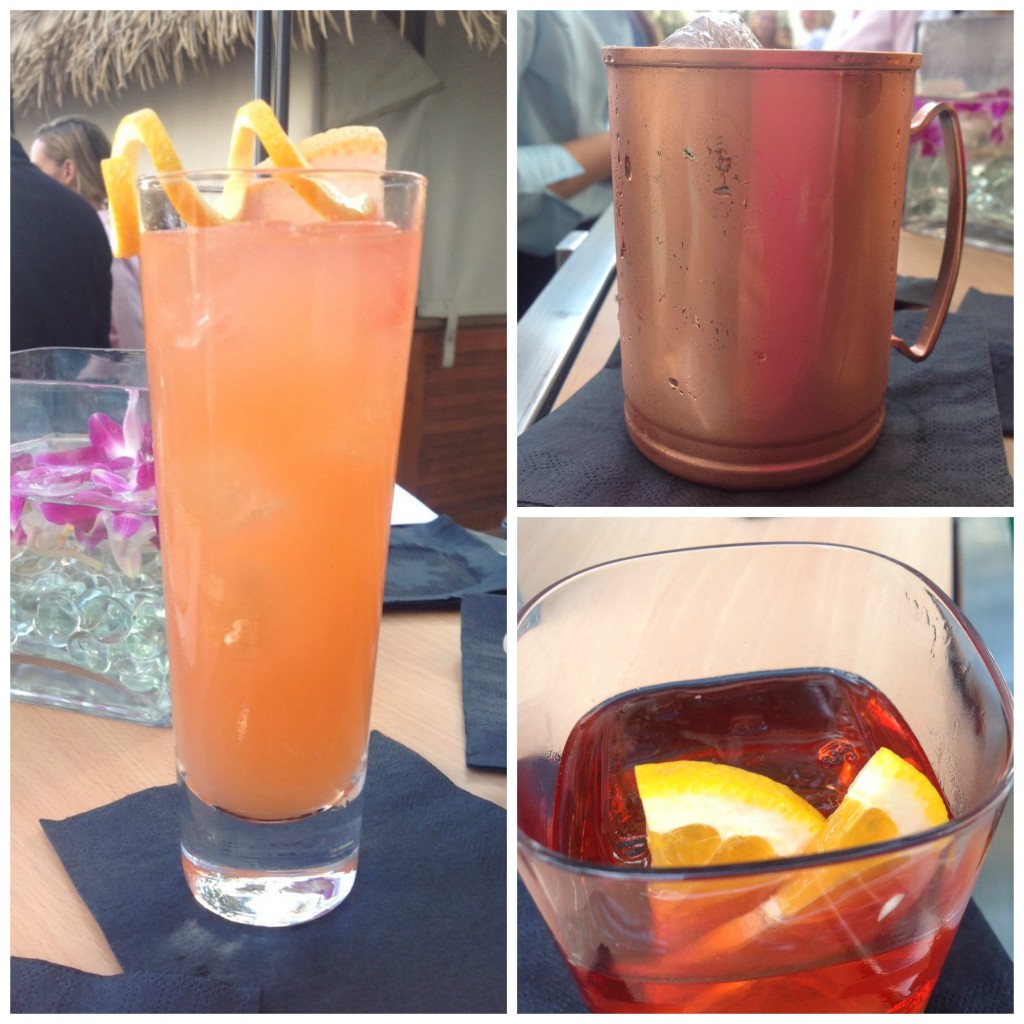 We started off with “The Boulevardier” which had DUKE Kentucky Straight Bourbon, Campari, and Carpano Antica Formula Vermouth. Being a Whiskey lover I have to say this was my absolute favorite drink! We also sampled a drink called a “Cucumber Cobbler” which had  coastal sage-infused Hendrick’s gin, fresh green apple and cucumber purée, house made ginger syrup, fresh lemon juice. Lastly we tried a “Moscow Mule which had Ketel One vodka, house made ginger beer, freshly squeezed lime juice, served table side in copper mugs.

For light bites we sampled these incredible little balls called Short rib Beignets. Wow! I could have eaten the whole tray. They were served with horseradish sauce to give them a little kick.

We also tried fried green tomatoes that are flash fried for a nice light crispy texture. There were also Shishido Peppers but I did not try them. My friend did and she said they were really good and had a bit of fire to them. 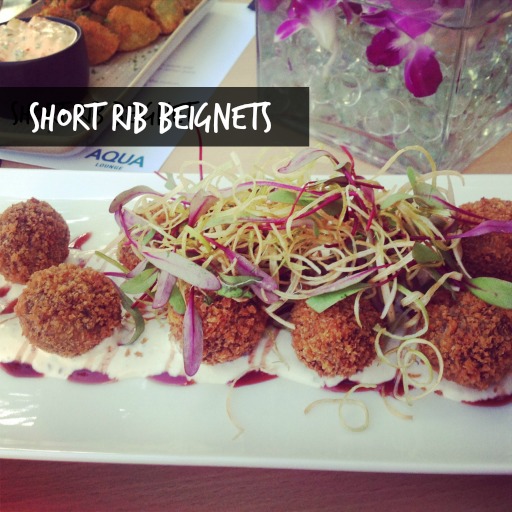 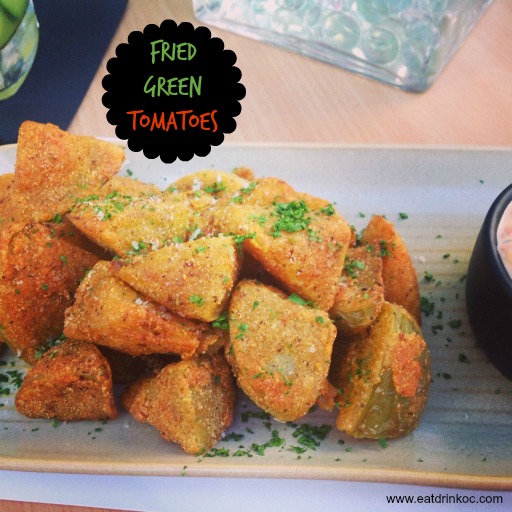 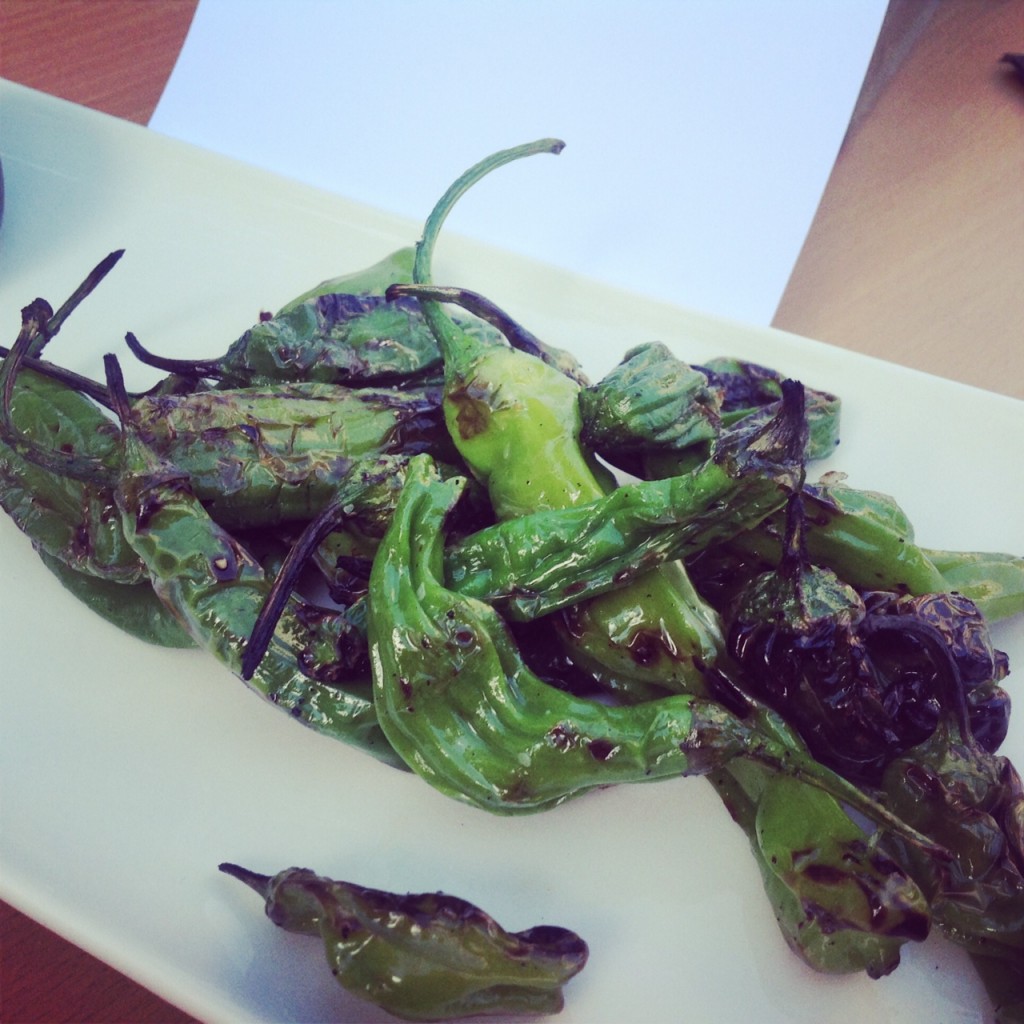 After we  snacked we got to go on a tour to see the progress and some renderings of the restaurant. 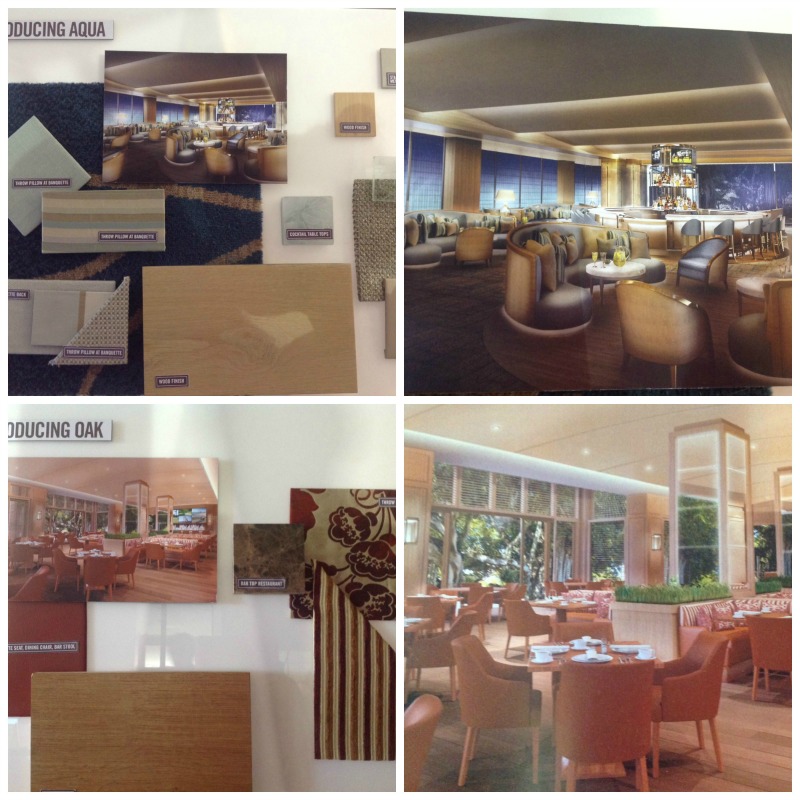 At Oak Grill, there are  floor-to-ceiling glass doors  that separate the 4,100-square-foot interior dining room and lush 2,160-square-foot outdoor patio.  Overhead heaters create the ultimate indoor-outdoor dining space. It is the perfect spot to bring a date or just come to unwind after work. The colors that they are using are rich reds and beige with wood floors and  nautical themed furniture.

The Aqua Lounge exudes a very coastal feel with the use of different shades of blue,  an intricate waved ceiling, a 360-degree bar, and large floor-to-ceiling windows.  One of the perks of The Aqua Lounge is the large fire pit area that serves both the restaurant and lounge. There will also be regionally known resident DJs spinning a blend of current and international music nightly

After our tour we were invited to sit down and dine from the tasting menu by the pool. 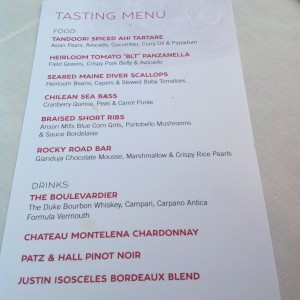 Let me start off by saying the food I tasted was absolutely phenomenal. Executive chef Marc Johnson came out and explained his background to us as well as the entrees we would be sampling.

Our first entrée was Tandoori Spiced Ahi Tartar. The ahi was delicately diced and wedged in between avocado, cucumber and asian pears. Then it was drizzled with curry oil and papadum.

Our second entrée was a heirloom tomato “BLT” Panazanella. Unlike a regular BLT this entrée is served in a jar for small tastings. The crisp pork belly was delicious and tasted so good with the creamy avocado.

Our third entrée was seared Maine Diver Scallops. I have only had scallops once or twice in my life and never were they paired with anything as fantastic as Chef Johnson had prepared them. They were nestled on a bed of heirloom beans, capers &stewed baby tomatoes.

Our Fourth entrée was Chilean Sea Bass. It is hard to tell in the picture but was laying on top of cranberry Quinoa and a pea and carrot puree.

Lastly our fifth  entrée was Braised Short Ribs. The blue corn grits and a Bordelaise sauce it came with were heaven. I think it was my favorite dish of the night. 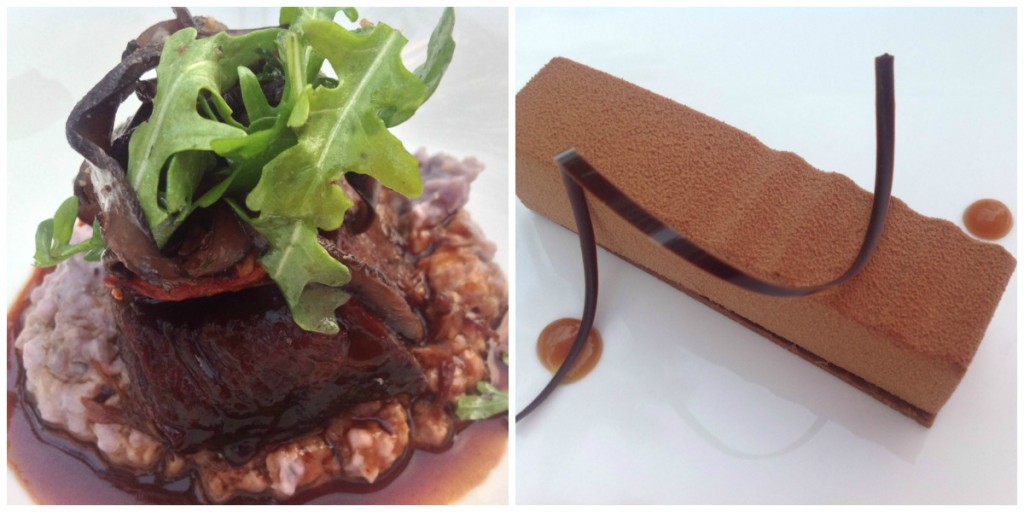 And no meal would be complete without dessert. We enjoyed a rocky road bar. It contained chocolate mousse, marshmallow & crispy rice treats. It was decadent and delicious.

After our meal I had the pleasure of speaking with General Manager Miguel Rodriguez about the relationships he has cultivated in the community of Newport Beach. I could definitely sense that Miguel has a deep passion for hospitality and is highly respected by his employees and his co-workers. 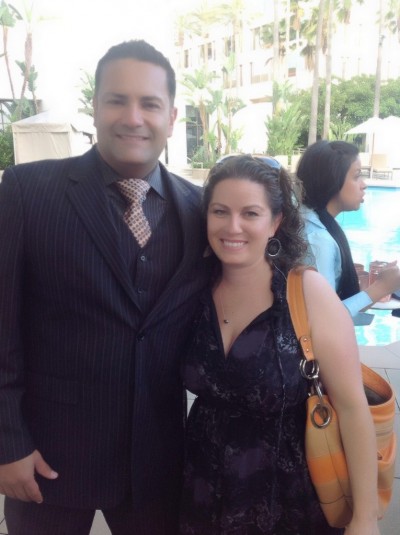 I am looking forward to coming back and trying other items on the menu.