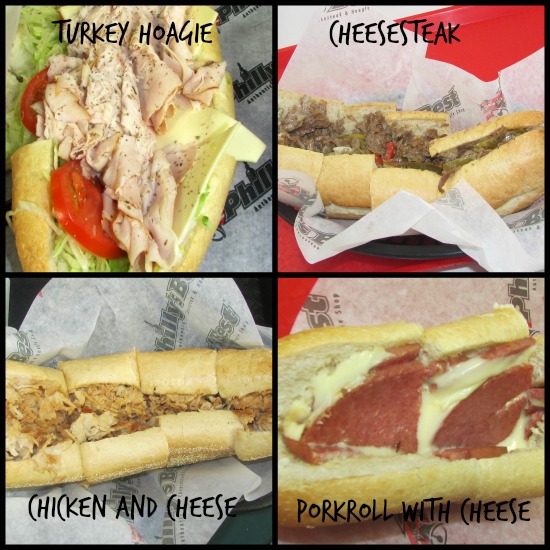 Philly’s Best in Irvine specializes in anything that’s related to an authentic neighborhood Philly steak shop. I like Cheesesteaks so I was excited to try them. I had never been to a Philly’s Best. (But I heard there is one right down the street from my house! WHAT?!?!?) 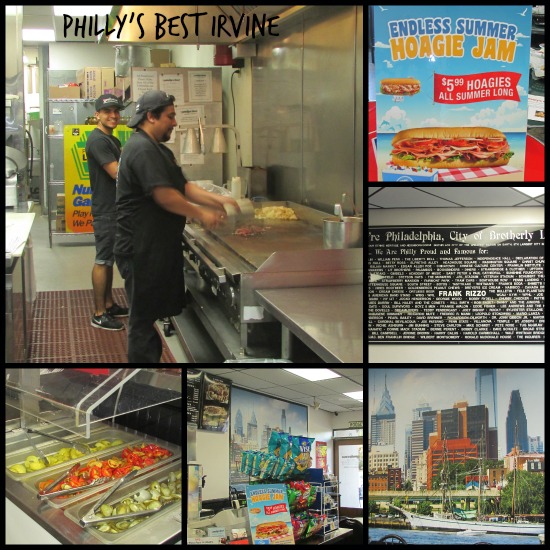 Melodi and I tried several different types of sandwiches. My favorite happened to be the Cheesesteak but I have to tell you….the chicken was pretty tasty. I had never even heard of a Chicken sandwich prepared like a Cheesesteak sandwich and boy was it tasty! All their sandwiches are made on genuine Amoroso rolls shipped directly from Philadelphia. We also tried one of their Hoagies and a pork roll with cheese. I have never had pork roll but it tastes similar to bologna and if you were to put an egg in it would have made a fantastic breakfast sandwich! Oh and one thing about eating these….you have to do the “Philly Lean” which means to lean over your basket as you eat it so you don’t get yummy goodness dripped all over your clothes!! 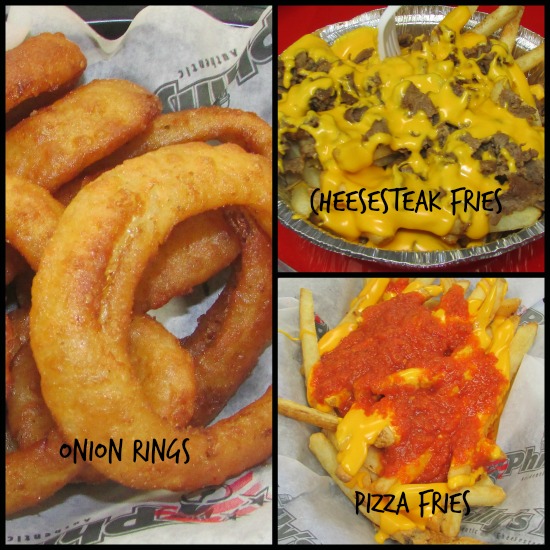 And lets not forget the hot side dishes that go with it. Their onion rings were PHENOMENAL! They also had Pizza Fries, Cheesesteak Fries and traditional fries with or without cheese sauce. Add a little Old Bay seasoning and you are good to go! I know my kids would have loved those Pizza Fries! 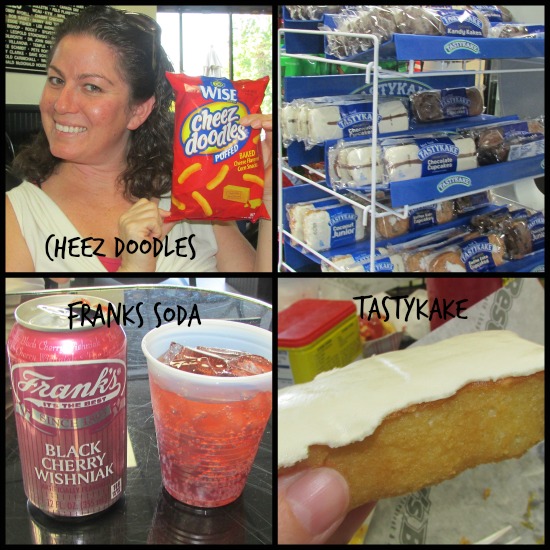 Now this is where it gets funny. Melodi was at the counter and she looks over and sees the Cheez Doodles….a staple in any East Coast household….and she screams (seriously she screamed) “OH MY GOSH CHEEZ DOODLES!” Then she made me take a picture of her with them. We were all laughing hysterically! They also have lots of other items direct from Philadelphia: Franks Soda, Wise Chips, Tastykakes and PA Dutch Birch Beer. 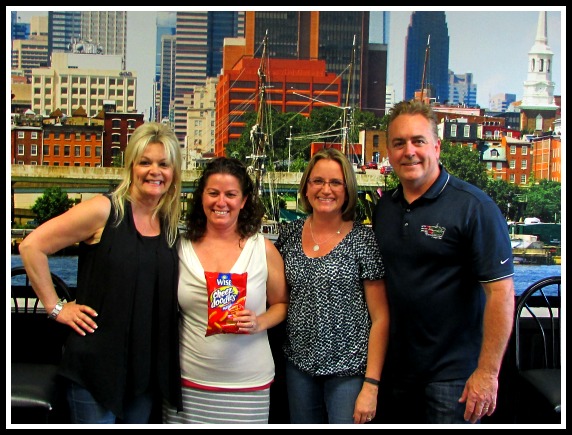 Philly’s Best is owned by Bob and Andrea Levey. They started it in 1992 and not only own shops themselves but franchise it out. Franchise info is on their website if you are interested. They are the nicest people I have ever met! I am so glad Melodi and I got the opportunity to meet them! (And notice Melodi with her Cheez Doodles 🙂 )

Oh one final story: I called my husband Leif to see if he wanted me to bring him home anything. He said “Of course!” and he proceeded to tell me his order. But after his order he gave me very specific instructions. He said and I quote ” You need to get me a few containers of the sweet peppers. They are to the left as you are standing by the cash register. Also you need to get another container and go to a table, take the hot sauce from the table and fill the container. This is the only hot sauce that will do.” You think he has been here a few times???