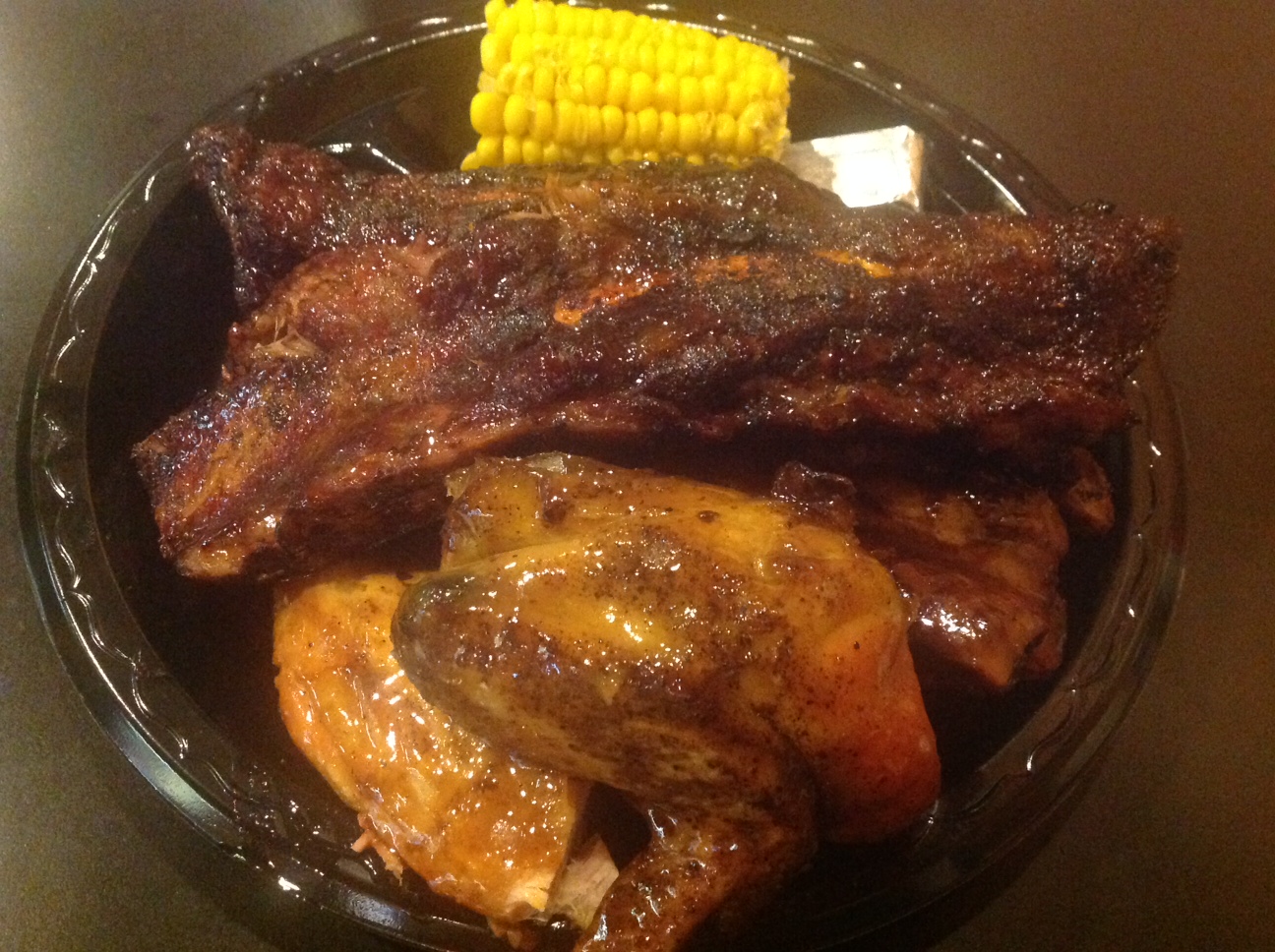 Several weeks ago we talked about a really awesome BBQ place we found in Orange called Brew Hawg. You can find that review here. Hoping to find a similar BBQ restaurant closer to my house I tried a place in Lake Forest called Texas Pit BBQ. Unfortunately this review will not be as stellar as Brew Hawgs.

When you first enter Texas Pit it appears to have a nice feel. Green booths with lots of wood and red and white checkered table cloths. Our Waitress was friendly and took our order quickly. My brother and I saw that there were beers on the menu but when we went to order them we were told they did not have any.  Our waitress said she knows it says it on the menu but they did not have any available.

OK. so we ordered some sodas instead. They came in a to go cup which is OK but we were dining in so it would have been nice to have a plastic cup at least. I ordered the brisket entrée with a side of mashed potatoes and gravy and my brother ordered chicken and ribs.  We both also wanted a dinner salad which was $3 extra.

Before our entrees came we were serves a slice of cornbread. Or should I say we were served a yellow brick. It wasn’t very good. It tasted like it was straight from a box or that it had been left out all day. Upon cutting the cornbread my brothers plastic knife broke. That is not a good sign.

My entrée itself was alright but the brisket was a little dry and I have no idea what the heck was on my potatoes. They said it was gravy but I am thinking otherwise. Gross. 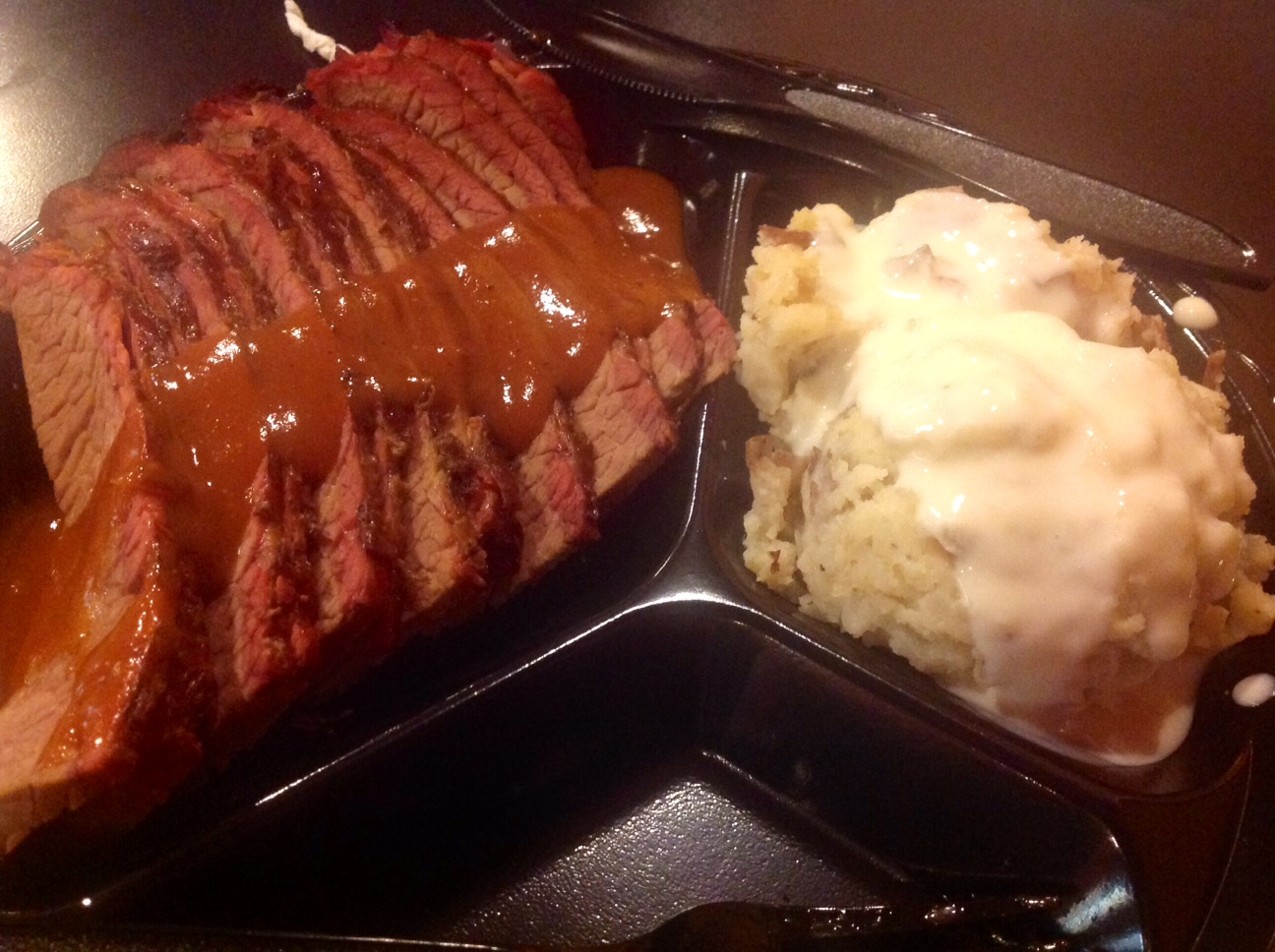 My brother ordered ribs and chicken and seemed to like it just fine. However, when he went to use his fork to hold the chicken while he cut,  his fork broke too. 2 plastic utensils breaking within 5 minutes…maybe it’s time to move to regular silverware.

Our bill was $40 and I walked away feeling underwhelmed. Next time I think I will stick with Lucille’s.