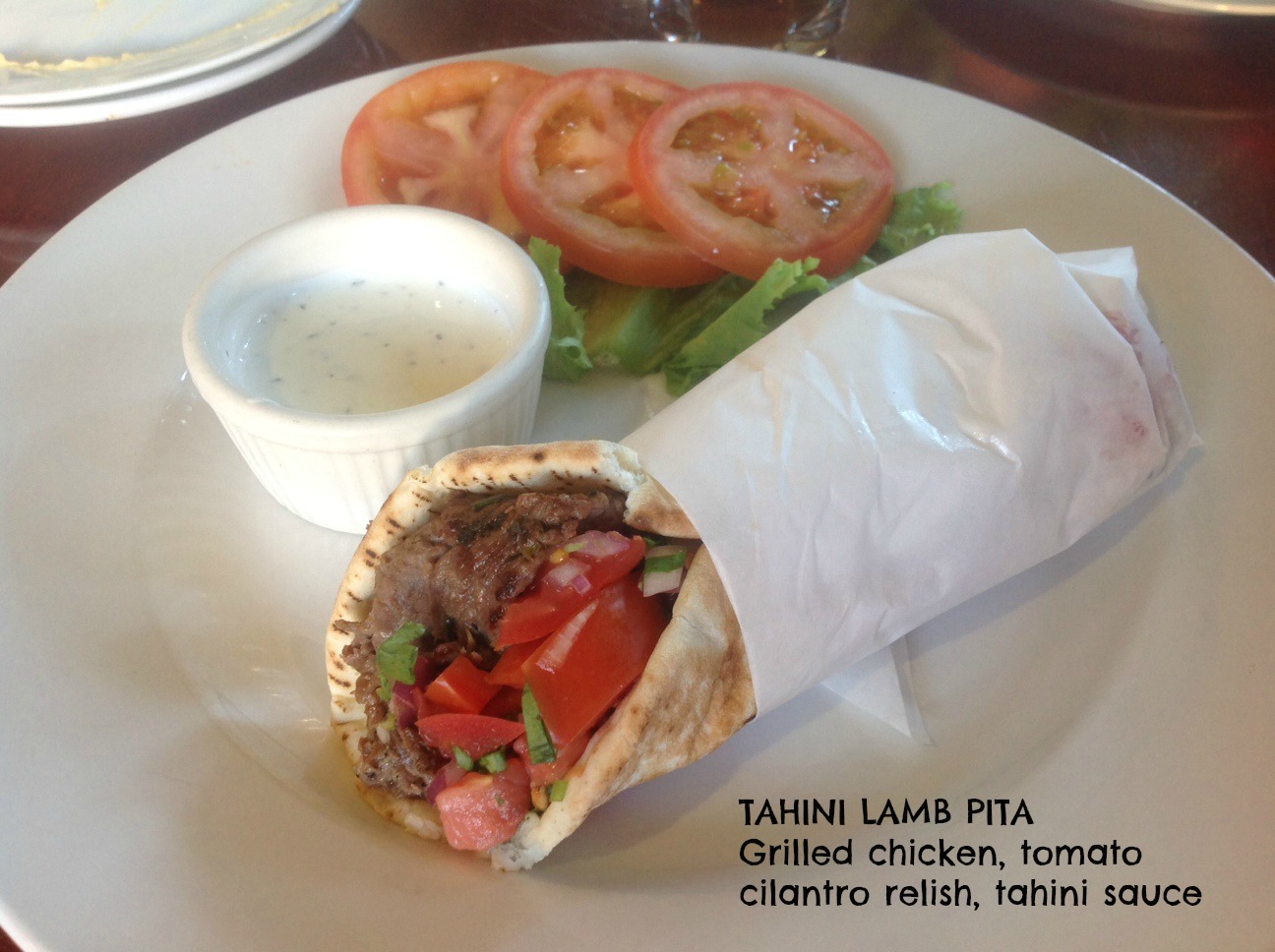 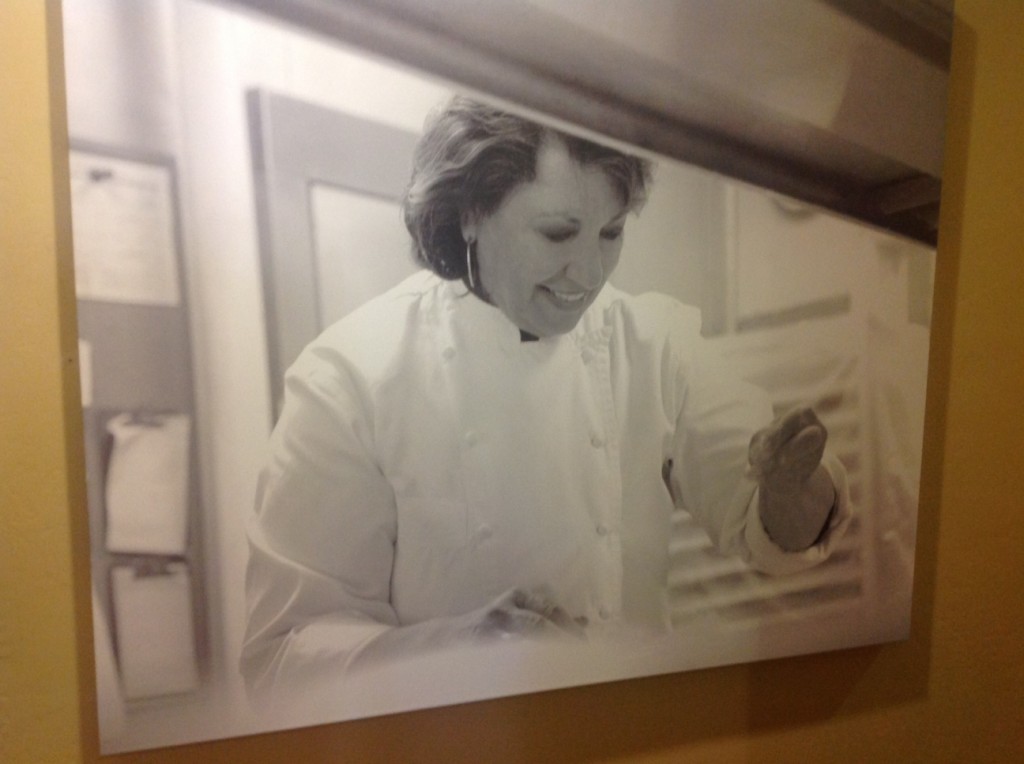 One of the great things about Mediterranean cuisine is that covers food from a variety of countries. With Orange County being such a melting pot of cultures, it’s no surprise that you’re covered no matter what kind of Mediterranean food you crave.

This past weekend my family and I dined for lunch at Zov’s Bistro in Tustin.  My husband and I are avid lovers of Persian food so we were excited to try out some authentic Mediterranean/Middle Eastern.

I love the atmosphere of this restaurant from the minute you step foot inside. It actually feels like you are walking outside even though you are walking in. It has an atrium like setting with lots of fresh air and sunshine. There are a lot of green plants that greet you as you enter. 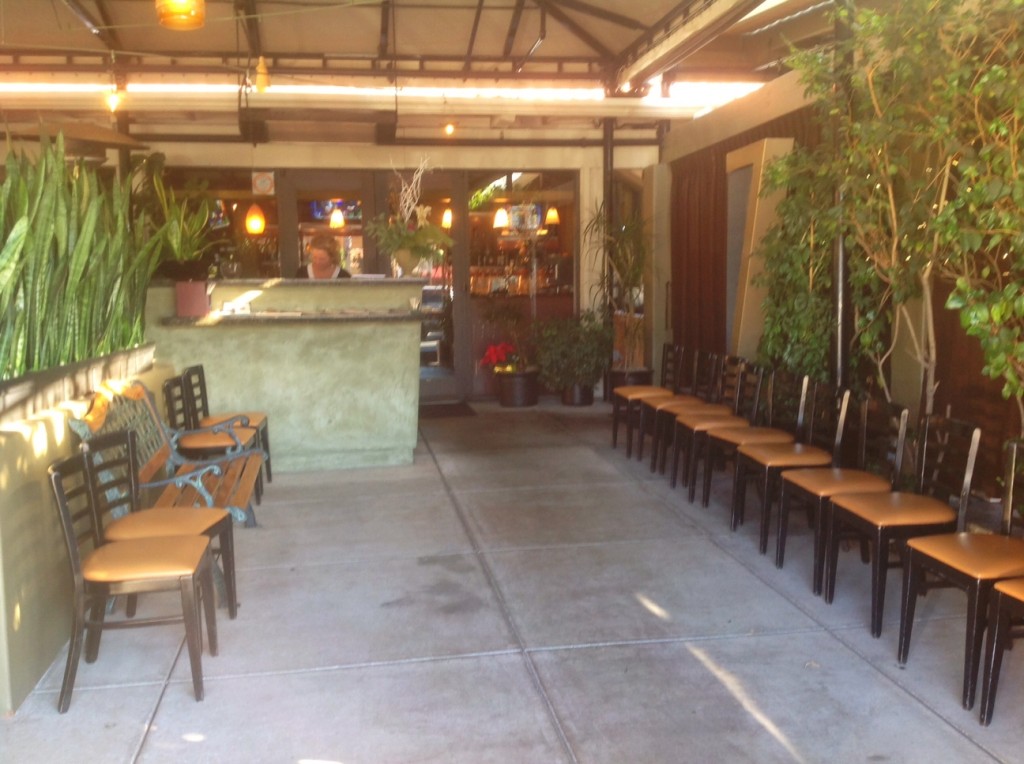 The decor is very tasteful and charming. I especially liked the “z” waterfall. The sound of water and Mediterranean-esque music playing is very relaxing and set the tone for our dining experience. 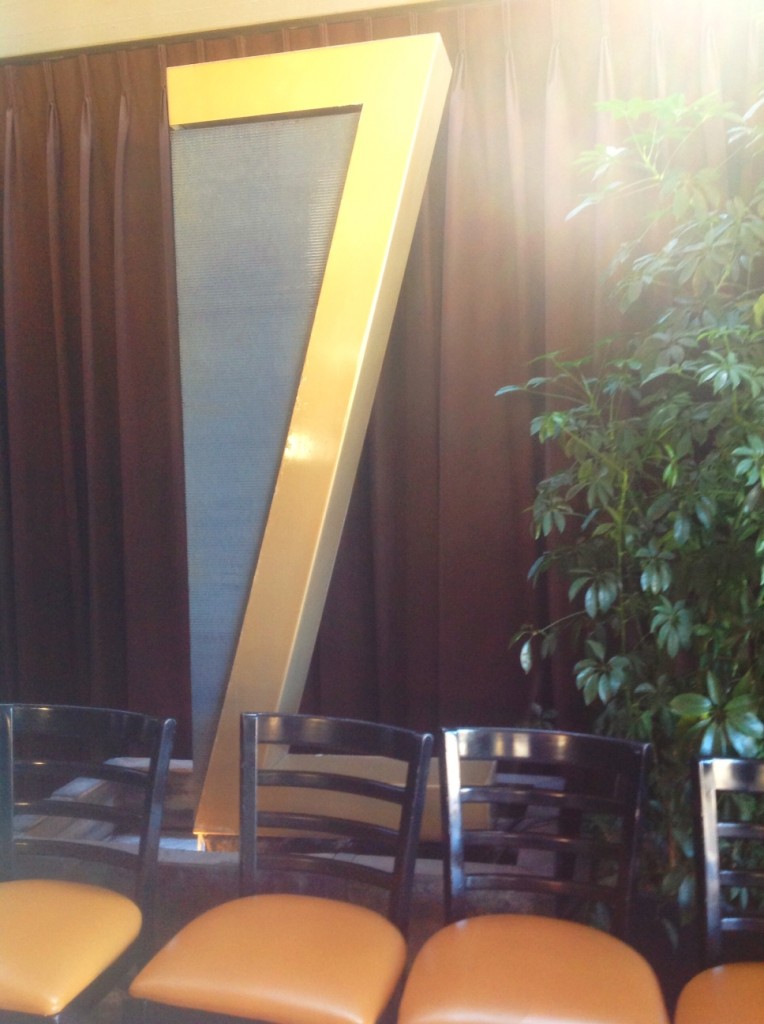 We dined under a covered patio. There were no walls except for the bar area and the fountain.  There appeared to be plenty of air conditioning for the summer heat and heat lamps to chase off the Winter’s chill. 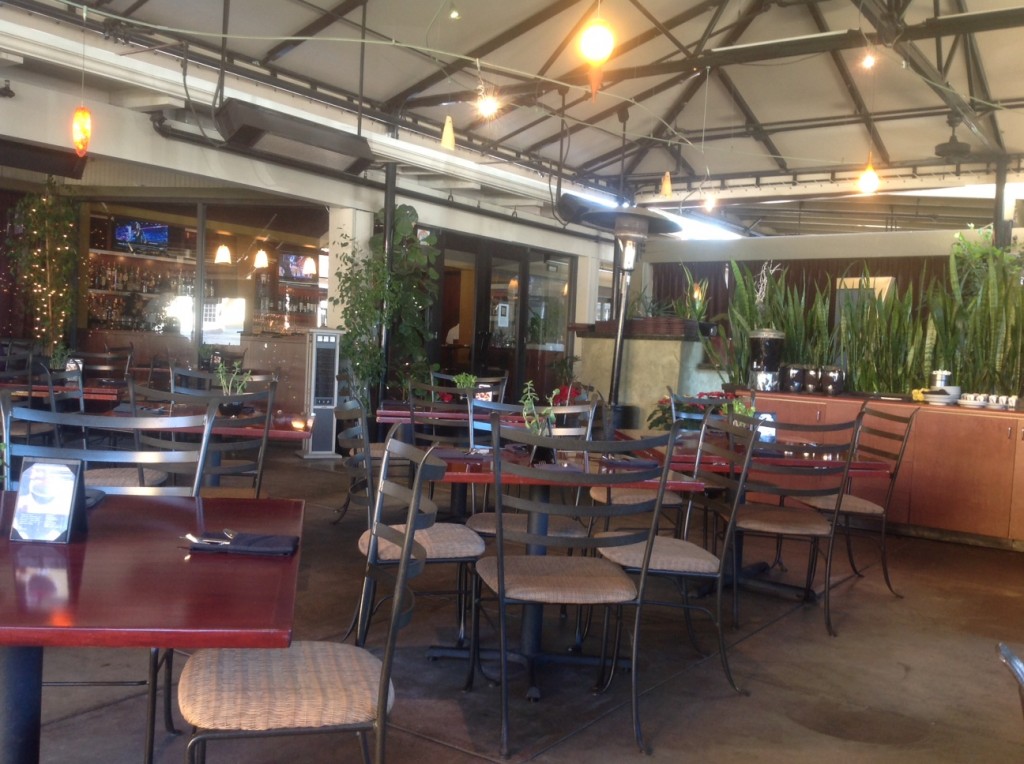 We were quickly greeted by our waiter who took our drink orders and pointed out the kids menus. It was nice that they had crayons and some word searches to keep the little ones occupied. 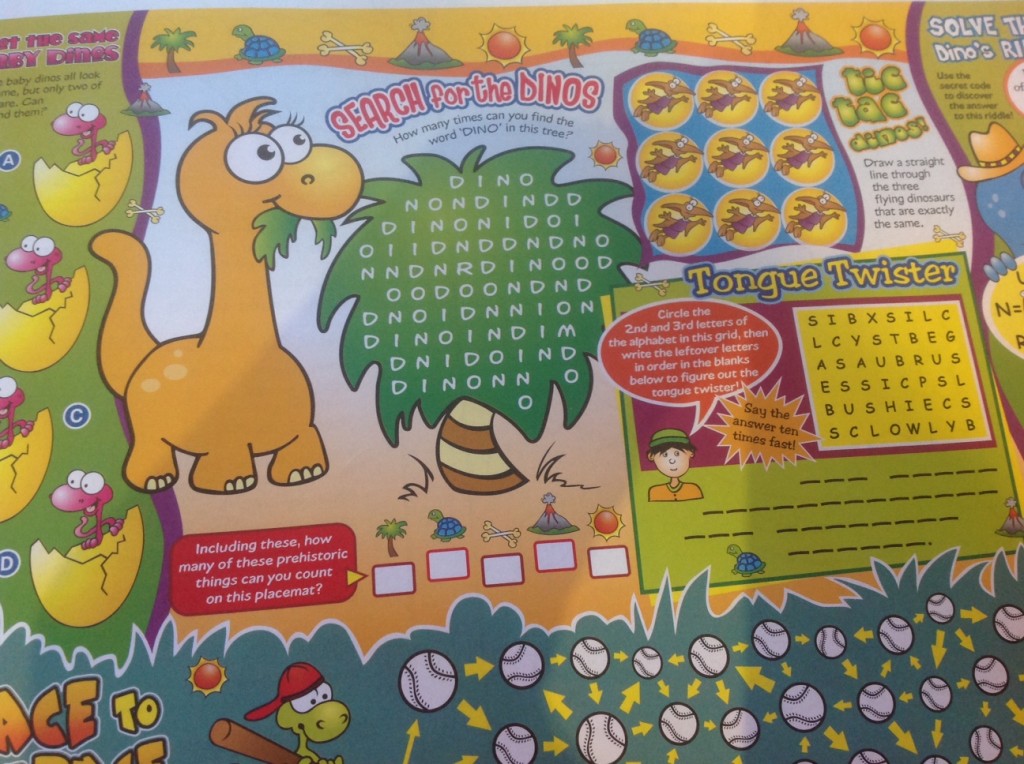 We started off by ordering a sampling of 3 appetizers ($10.95). The Hummus, The Lebni, and some cheese and olives. The hummus had the right amount of Tahini and it was my very first time trying Lebni. If you don’t know what Lebni is, don’t feel bad I didn’t know either. It is a creamy yogurt dip, with dried mint, garlic, and extra virgin olive oil. You will  also notice that there is pre strung cheese and kashkaval cheese.  I was not a huge fan of the olives as I thought they were over marinated and were really strong. 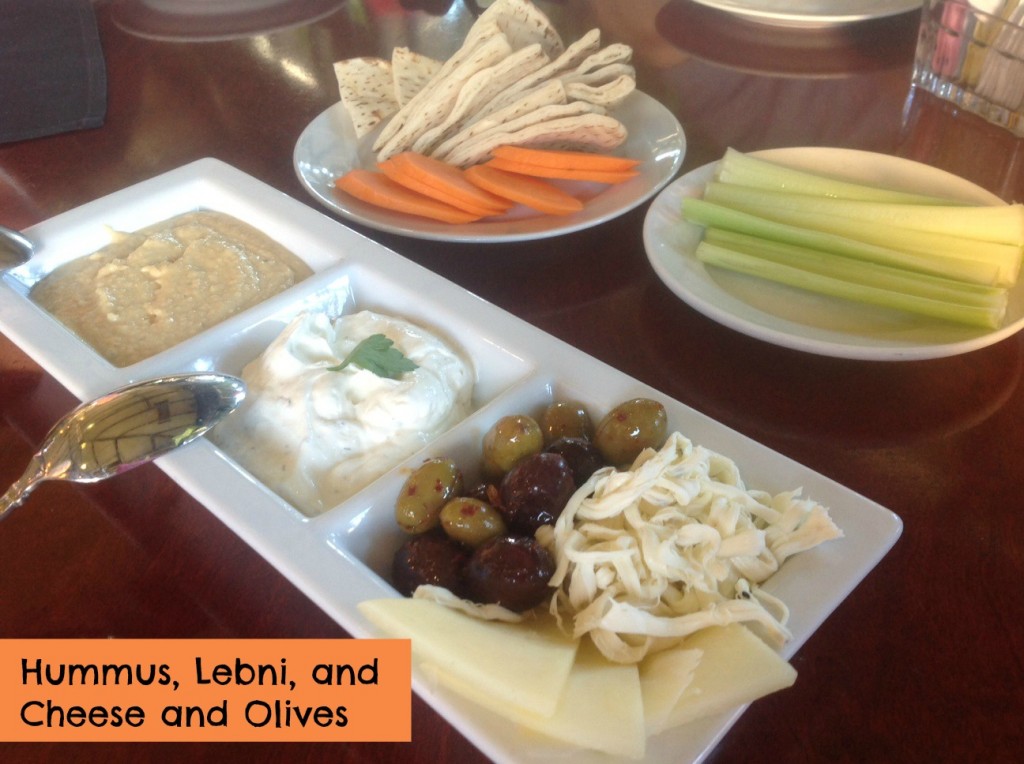 Zov’s was also very accommodating to my husband’s dietary needs. He eats a low carb diet so they brought out a plate of carrots so he did not have to eat pita bread with the dips. 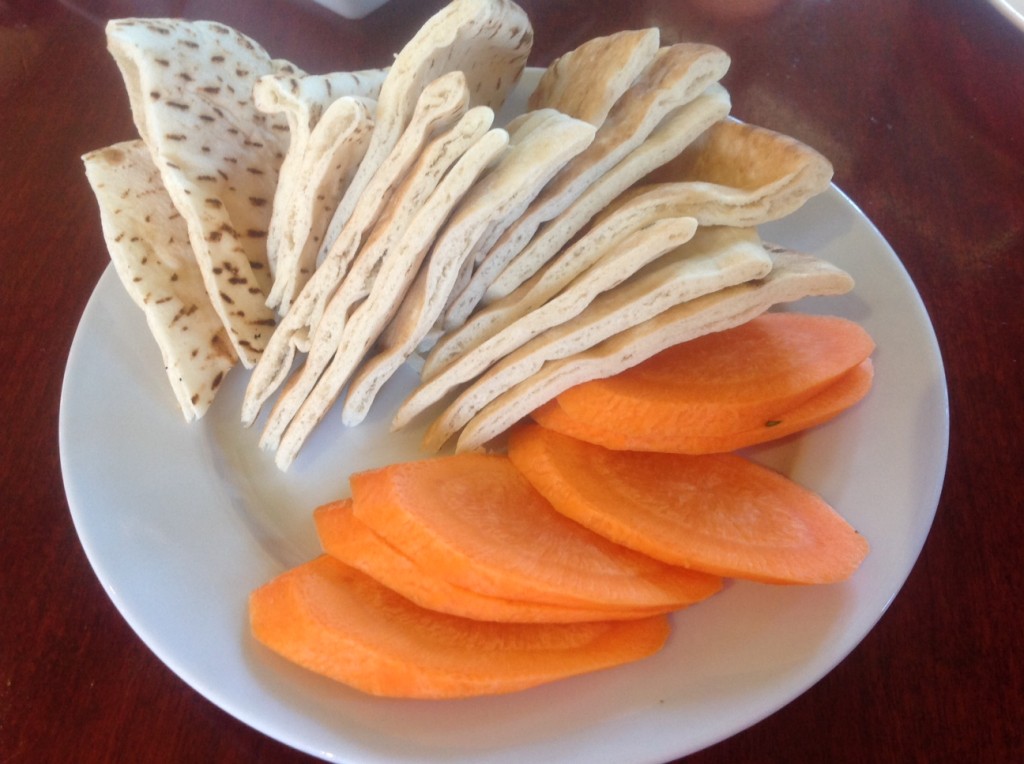 My daughter ordered her typical mac-and-cheese and my  younger son ordered a cheeseburger with fries. Both of their entrees were brought out a few minutes before ours which I thought was awesome. Our waiter said he noticed the kids looked hungry so he brought theirs out first. That is what you call attentive service. 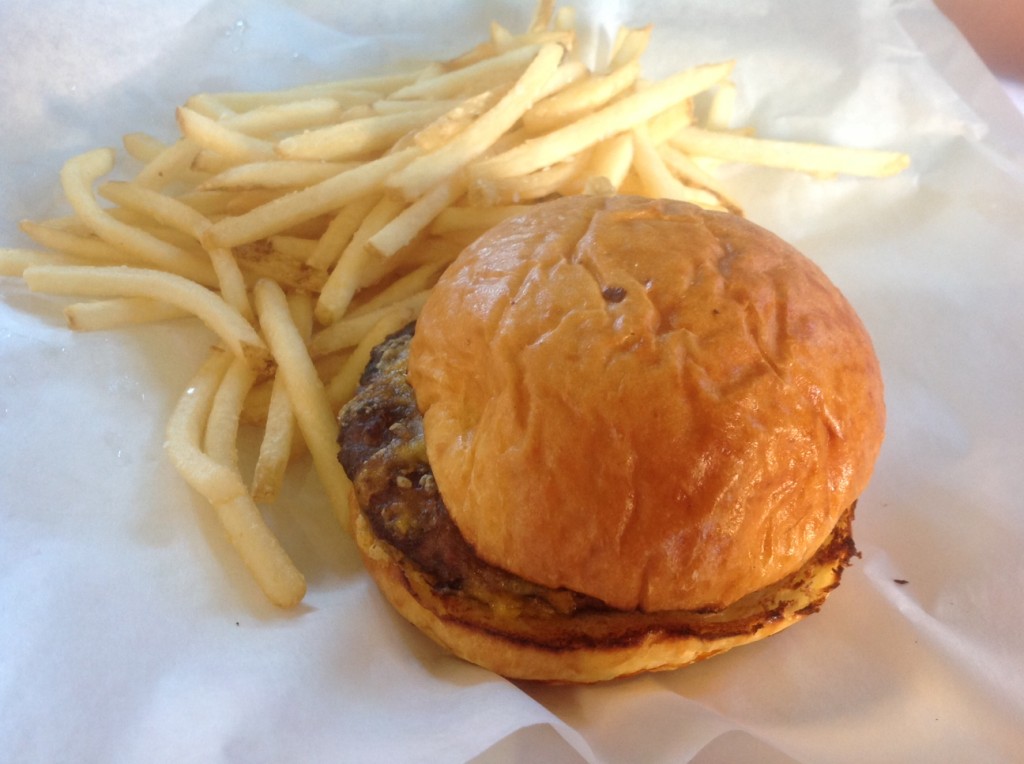 I ordered the Tahini Lamb Pita. ($11.95) It had Grilled lamb, tomato cilantro relish, tahini sauce. I also opted for sliced tomatoes instead of french fries. It was tasty, although a bit on the small side portion wise. 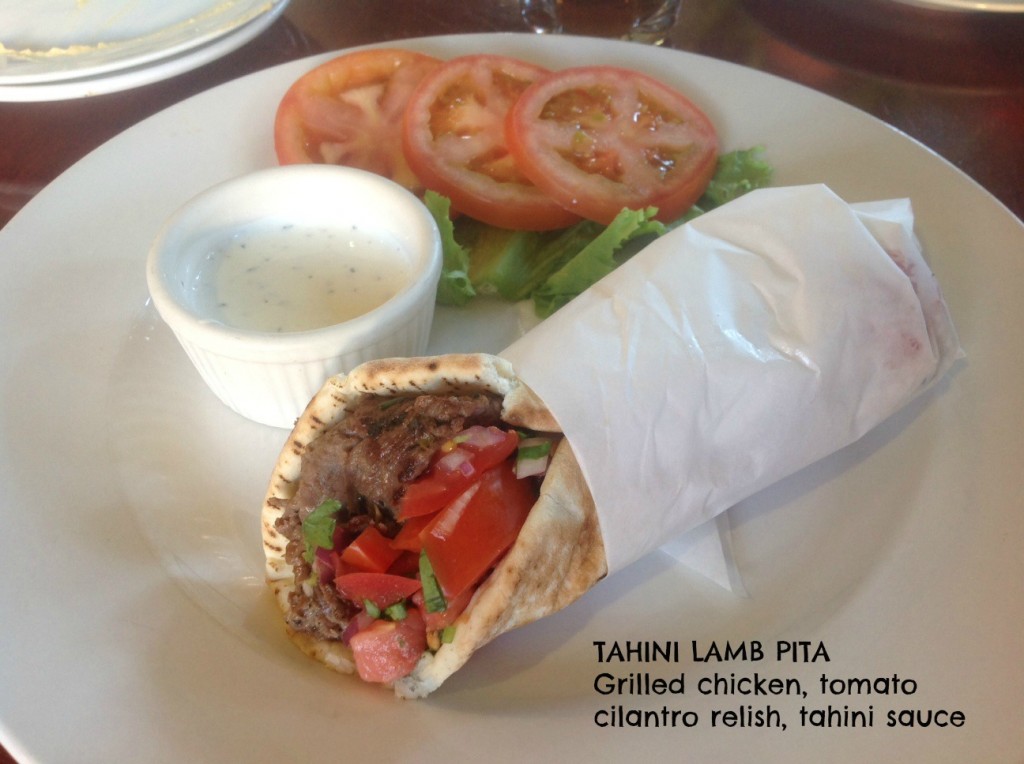 My older son had the chicken kebob. It had Rosemary garlic marinated chicken, jasmine rice pilaf and cucumber salad. At $18.95 this dish was good but very spendy for just one kebob. I tried the cucumber salad and it was very good. 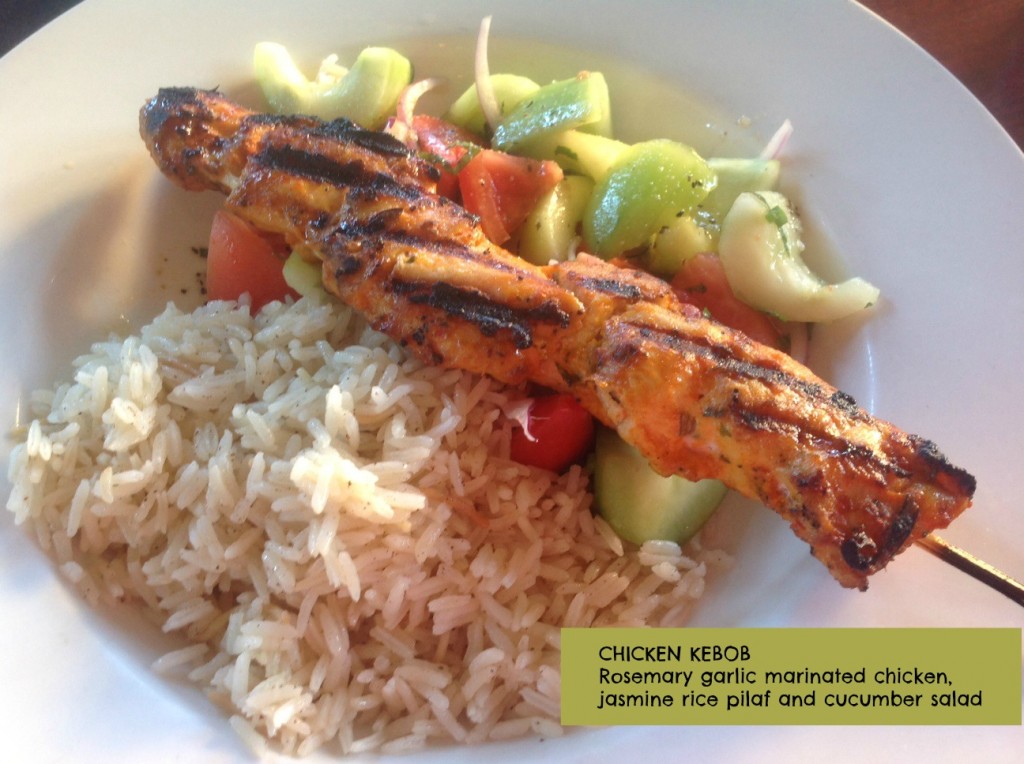 My husband had the Blackened Ahi Tuna Salad. It had Baby spinach, artichokes, asparagus, candied walnuts, tomato, pomegranate dressing. He said it was delicious although there were a few too many artichokes in it. He said his tuna was seared very nicely and it had a lot of flavor. 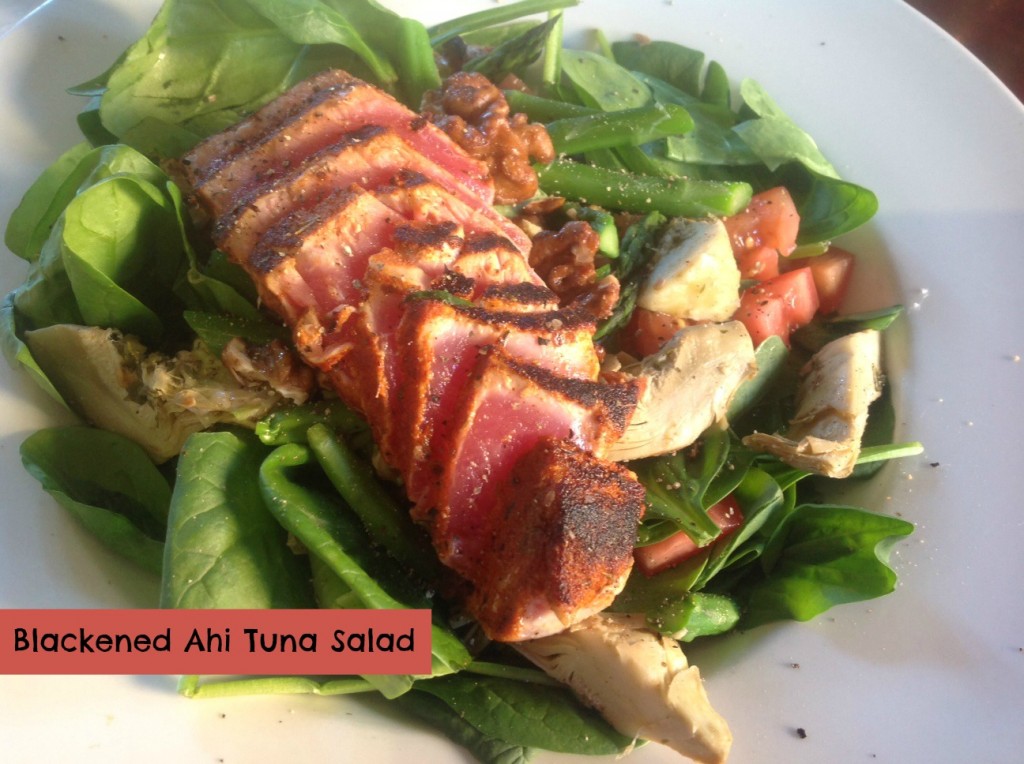 After our meal we decided to check out the bakery on the other side of the restaurant to get the kids some cookies. They also have a  cafe there where you can order sandwiches and salads. Everything looked really fresh and healthy. After I got home I jumped back on the website and I was excited to find one of the recipes of the salads I had been eyeing at the cafe. Here is a list of all of her recipes. I am excited to try a few of them out. 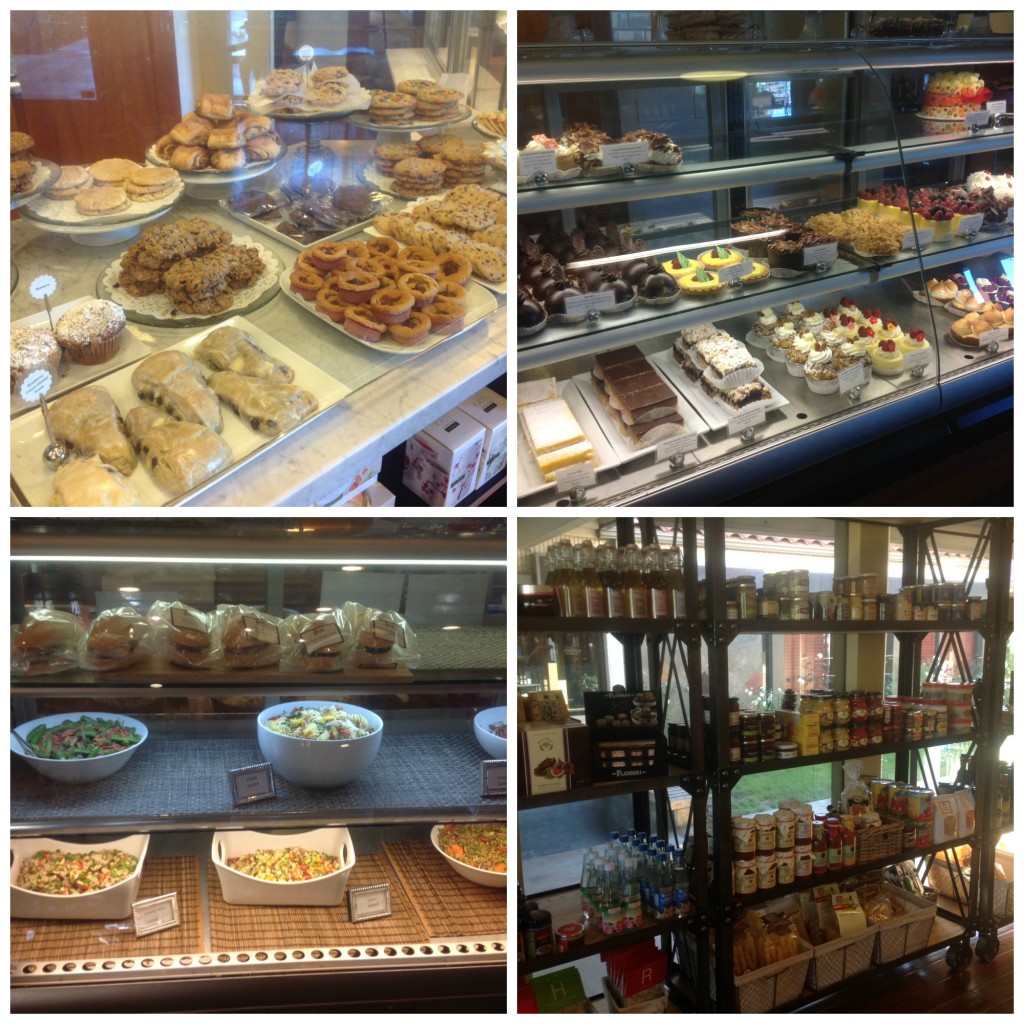