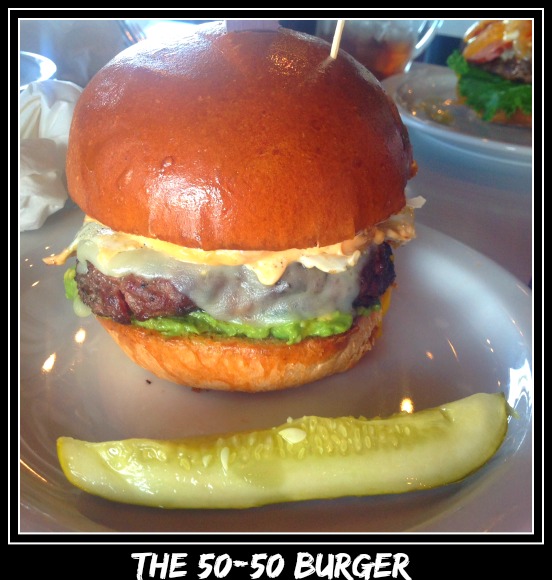 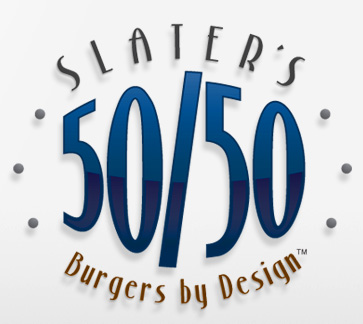 Last week I finally had pleasure of dining at the most incredible burger joint that I have been eyeing every time I drive on the 5 freeway. – Slaters 50/50.  If you are wondering what the 50/50 stands for I have figured it out. It stands for 50% awake and 50% asleep because that’s how you will feel after eating here. Be prepared to go into a major food coma after your meal.

Actually, the 50/50 stands the percentage of beef vs. bacon they put in their burgers. Yep, you read that right. Slater’s burgers are 50% bacon and 50% beef. It’s actually quite an amazing flavor. The texture is slightly different than an all beef burger (more dense) and they appear to look more on the rare side even though they are cooked medium well. But make no mistake about it, these burgers pack a serious punch.

Since Bacon is the ongoing theme at this restaurant and I knew most everything I ordered was going to involve bacon I opted for a non-bacon beverage to start off my meal. I chose a Moscow Mule.  While waiting for my drink I had a look at their cocktail menu and was thoroughly impressed. I couldn’t help but laugh when I read they had a Bacon Mary (Bloody Mary) with house–made, bacon infused Three Olives Vodka, bacon salt,  and bacon. It sounds delicious and I will certainly have to order that next time I come. 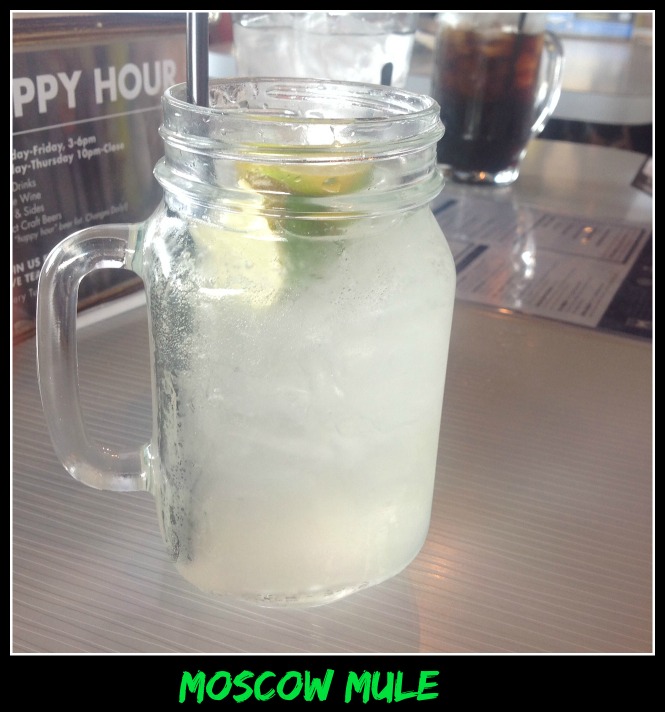 Next up was an order of Slater’s Fries and Beer Battered Onion Rings. Can I just say that these are the best onion rings I have ever had! They are not coated in the typical onion ring batter. Instead they are light and crispy because they are fried in Tempura batter which gives them an awesome texture you will love! 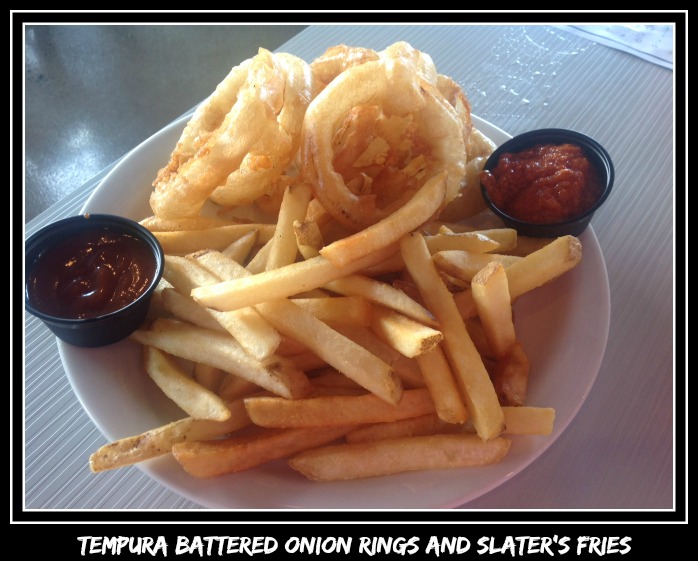 Finally it was time to try our burgers! I  wanted to try out their most popular burger “The 50/50” which included pepper jack cheese, a sunny side up egg, avocado mash, and chipotle adobo mayo on a brioche roll. I was trying to picture what it would look like in my head but you have to see this thing up close to really appreciate the raw beauty of it. 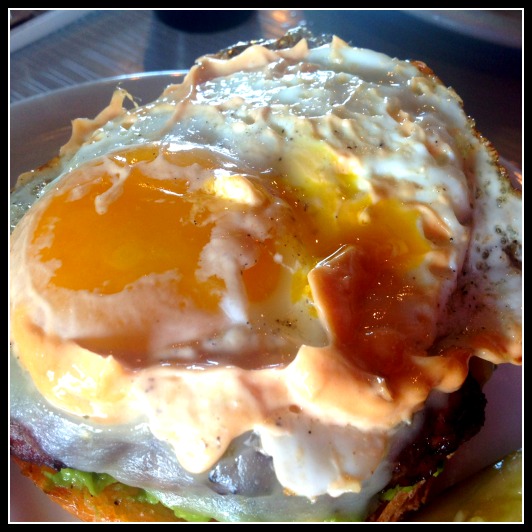 There are no words. Just look and drool. 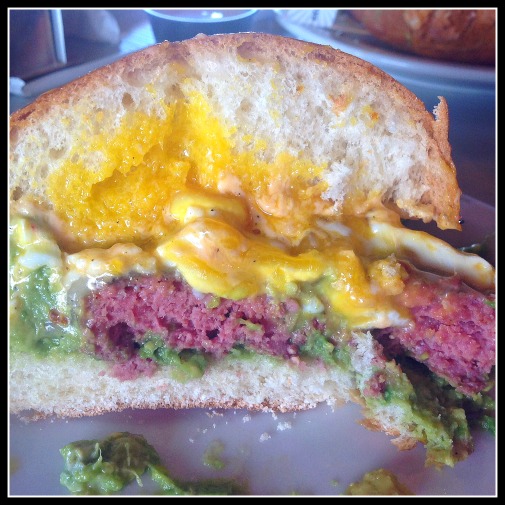 My kids were with me and my oldest decided to order a custom-made burger. He eats gluten-free so he was extremely happy to hear that Slater’s carried Udi’s Gluten-Free buns and that he  also had the option of a lettuce wrapped burger as well. He chose the Carne Asada Meat, with avocado mash, an egg, some cheese and few other toppings he liked. His eyes were the size of saucers when his plate came. Note the cute flag inserted in his burger:  “EXCESSTASY”. Perfect!

In case you are wondering what “EXCESSTASY” is, Slater’s has kindly given us the definition. Excesstasy (ek’-ses-ste-sè) noun. The overwhelming excitement felt when indulging in the Slater’s 50/50 experience. Totally fitting, right? 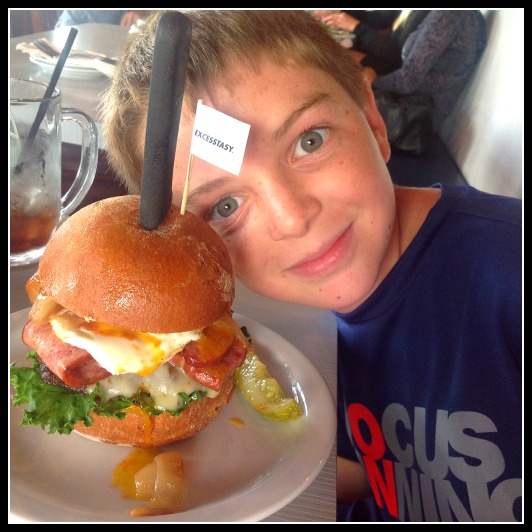 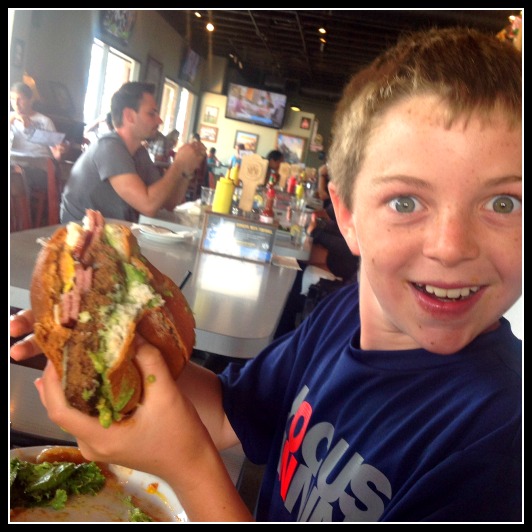 The littles ordered a quesadilla and chicken tenders. I loved how I could order them veggie sticks with ranch for a healthier alternative! 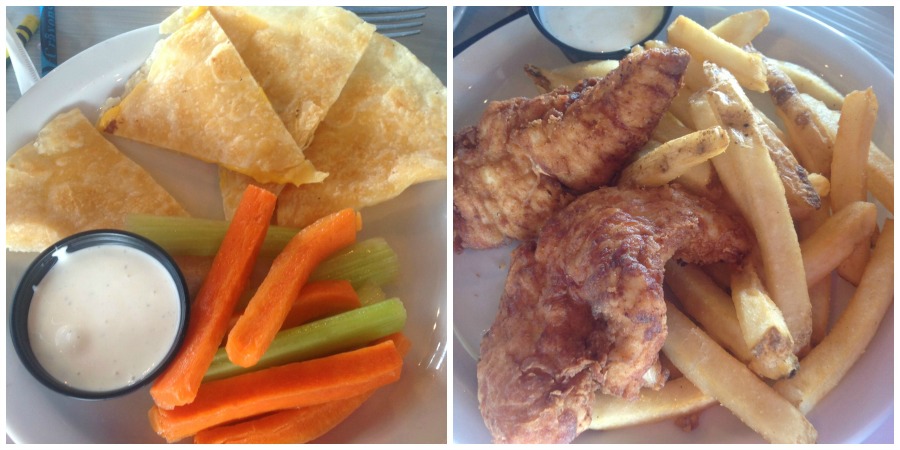 As if all that food wasn’t enough, Donny the general manager came around and suggested we try a bacon brownie. But before I get to the brownie I have to give a pat on the back to Donny because he runs a very organized and orderly restaurant. You can tell that his employees respect him. Our waiter Andrew was awesome and he checked on us several times throughout our meal and I noticed the same trend with all of the other waiters. I also witnessed Donny on the floor checking on customers and helping out with the lunchtime rush-Which was HUGE.

Ok, back to the brownie. This is a serious dessert and it plates extremely well. It’s two brownies (they tasted more like cake) stacked in between some chocolate ganache, served with 3 scoops of vanilla ice cream and topped with candied bacon. I really enjoyed the crunchiness that the bacon offered and the kids devoured this in just a few bites. 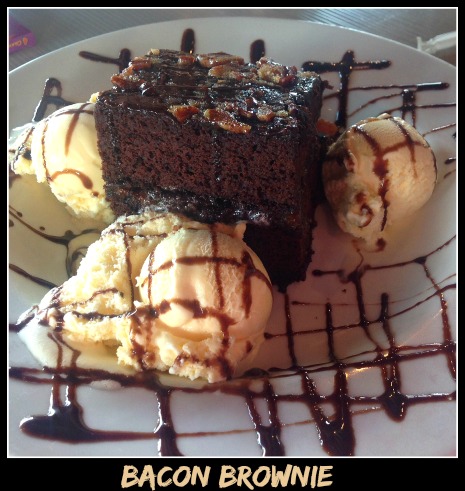 Here is how the brownie looked before. 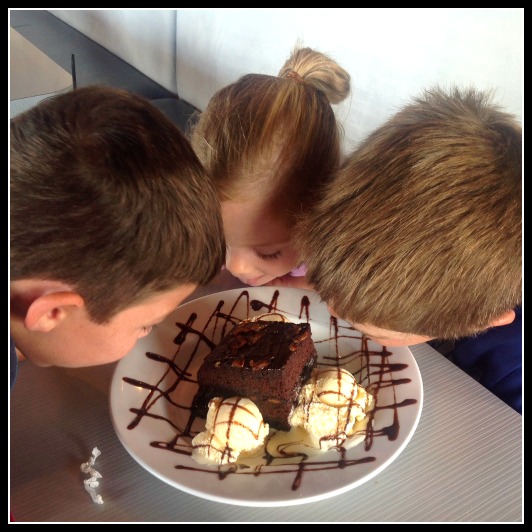 And here is how the brownie looked AFTER. 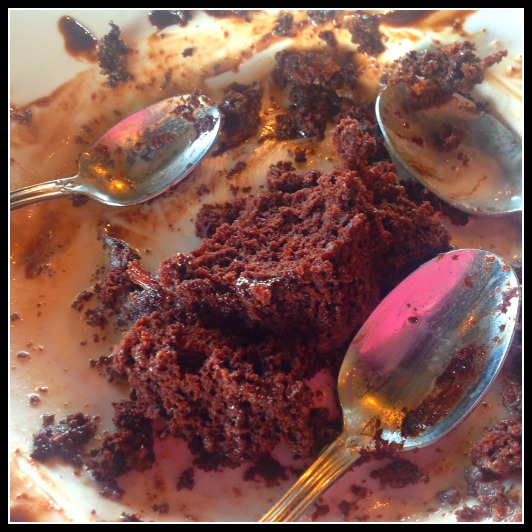 I could barely talk or hold a conversation after our meal as I was so full. As a matter of fact I didn’t even eat again until 11pm that night and it was just a snack. I am looking forward to trying some other items on the menu and having some more of those delicious onion rings! Thanks Slater’s, for a satisfying lunch and happy kids!

*The restaurant is tucked in the back of a shopping plaza offering great parking and relatively easy access.