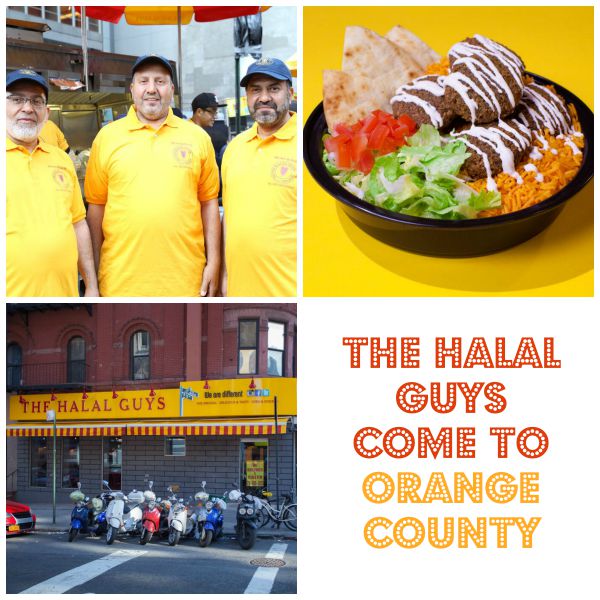 The first location is anticipated to launch in mid September at 3033 Bristol Street, Costa Mesa, California, near South Coast Plaza/

The Halal Guys grew from its humble beginnings as a food cart on the streets of New York City to a global icon known as the largest American halal street food concept in the world. This Manhattan-based landmark was created by three like-minded men from Egypt who came to America in search of a lucrative life. When Mohamed Abouelenein, Ahmed Elsaka and Abdelbaset Elsayed noticed many Muslim cab drivers in New York were looking for a place to buy meals in Manhattan, they created their first food cart and quickly grew into a leading tourist and native New Yorker destination for American Halal fare. In 2013, The Halal Guys were ranked the most popular food truck reviewed on FourSquare and the third most Yelped restaurant in the United States in 2014.