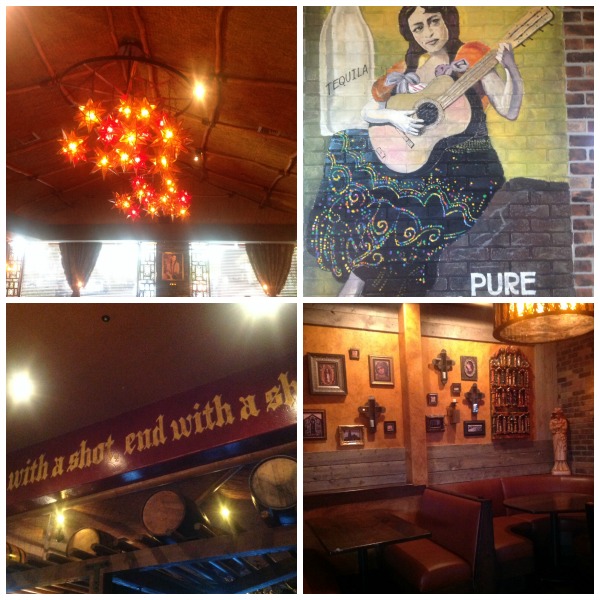 Who Song and Larry’s A Cal Mex Cantina

What do you get when you combine Orange, CA with a taste of Mexico? You get Who Song and Larry’s Mexican Cantina! This unique restaurant has replaced the former Acapulco on Katella with a newer, fresher and more modern feel.

Last week a friend and I came here and I was very eager to check it out. Who Song and Larry’s is owned by the same company that owns Las Brisas in Laguna Beach and El Torito Grill. Two of my favorite restaurants.

There lots of beautiful chandeliers hanging from the ceiling with,  red leather booths and beautiful wood panels and sculptures. The vibe felt trendy with a touch of class. 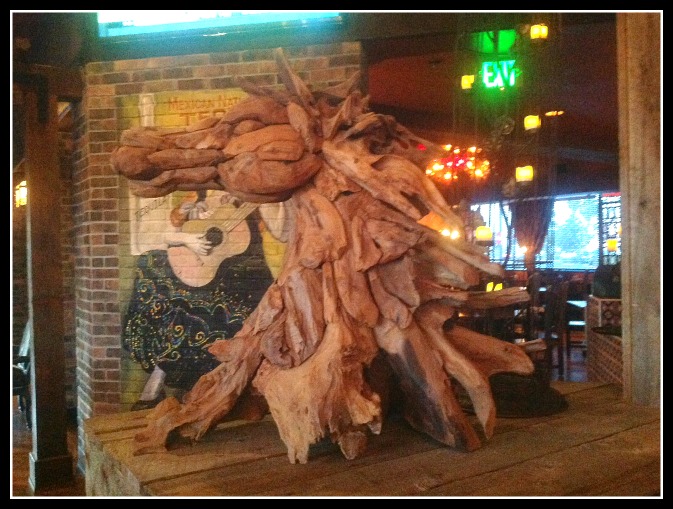 We started off our night with some Margaritas from the bar. I had The Black Salted Peach Margarita Dobel Diamond Tequila, Agavero Orange, Peach, Handmade Sour) and  my friend had the Rio Grande (Patrón Silver, Agave Nectar, Handmade Sour, Muddled Cucumber & Cilantro). I loved how they serve them in tall skinny glasses instead of a typical round margarita glass. Check out the black salt on the rim of my glass. It tasted just like rock salt. 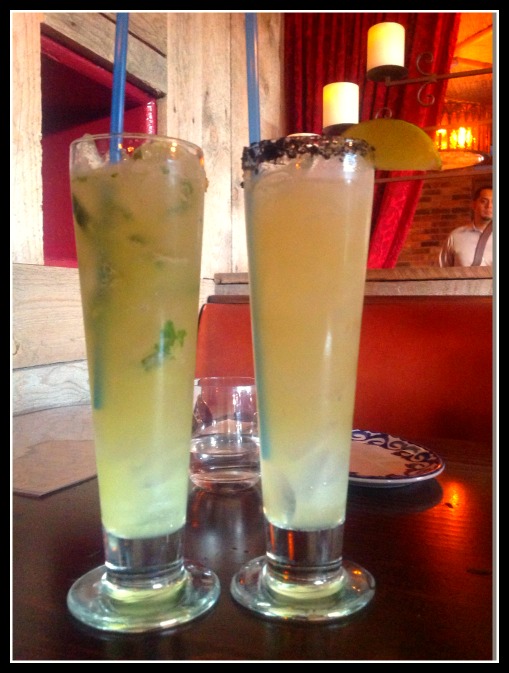 Then we moved onto appetizers. We chose the Guacamole.  I love guacamole and they make it table side so I was excited to try it. Your server comes with a try full of avocados and spices and will make it according to how you like it. We chose our to be medium but we ended up having to add more jalapeno later because it didn’t have enough kick. Be sure to have your server add salt as well! 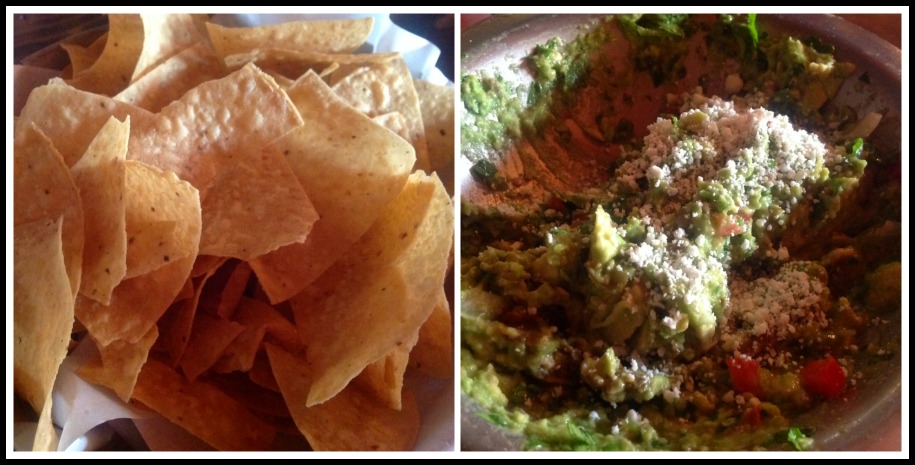 We also tried the smoke chicken empanadas that came with Jack cheese, green chili sauce, pico de gallo. These were delicious and are great for sharing! 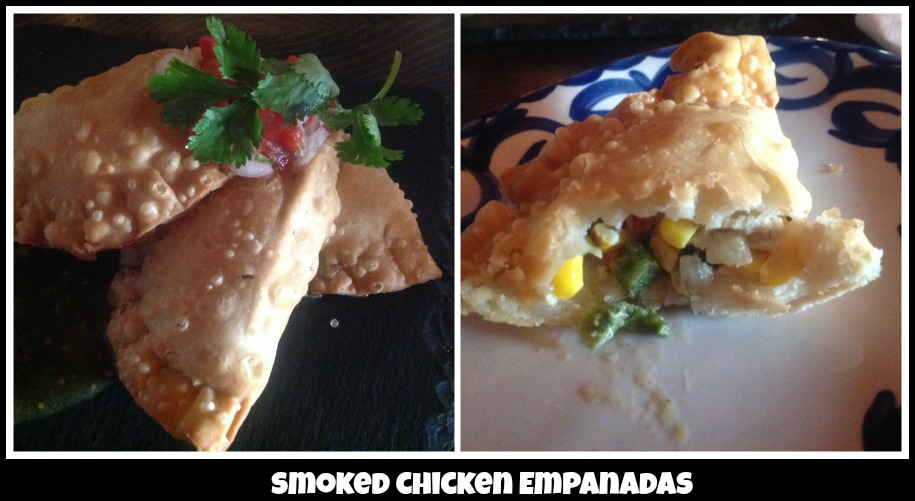 Then it was time for our Entrees. We shared a shrimp and lump crab enchilada. I recommend this entree.  It had a 3-cheese blend, corn, red bell peppers and spinach topped with a habanero-pesto cream sauce. It was totally unique and unlike a typical enchilada with red sauce. And the rice they served it with was outstanding. It was so fluffy 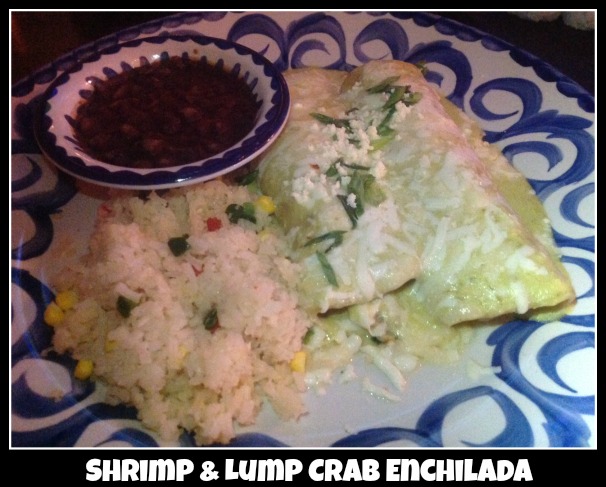 We also shared the Sizzle and Greens Salad. It had Romaine, grilled veggies, jack cheese, pepitas, avocado, serrano and we chose to add shrimp. These shrimp were so delicious. They were lightly blackened and tasted great with all the veggies and the vinaigrette dressing. 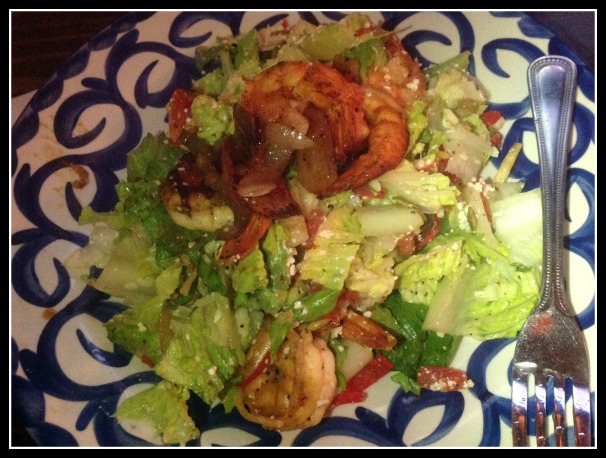 I also wanted to try their Sushi since I have never head of Sushi being served at a mexican restaurant. I ordered some California rolls and I was impressed. 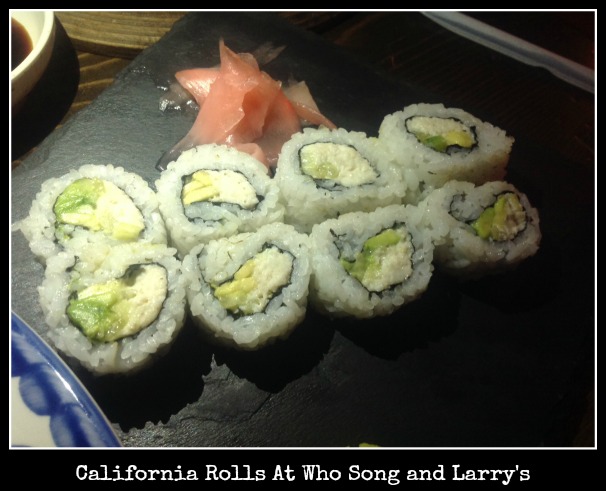 While we were digesting our food the general manager came over and asked if we would like to try one of their sharable drinks. We agreed thinking it would just be a drink in a large glass but instead he came back with a behemoth called The Jack and Jill. This beast had: 3 Olives Berry, 3 Olives Grape, 3 Olives Orange 3 Olives Dude, Blue Curacao, Handmade Sour,Blueberry Red Bull, Served in a Wooden Pail (no water). 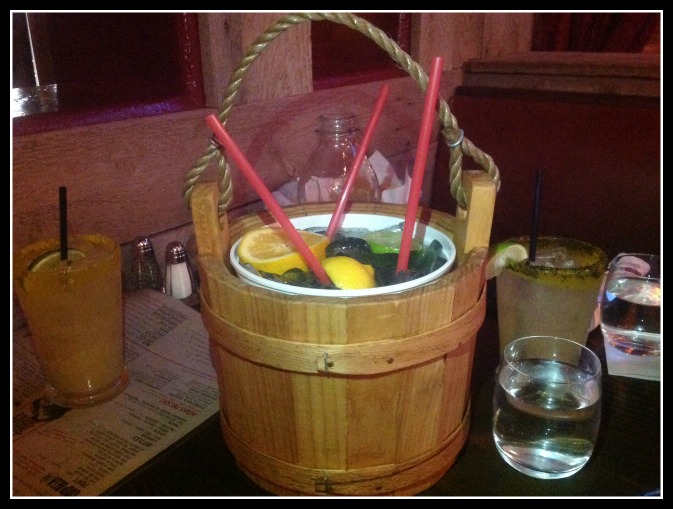 We actually only sipped it and it was delicious! It was slightly carbonated and packed a good punch. If we had more people with us and weren’t driving it would have been a different story.

Finally it was time for dessert. We were so full from our meal that we settled on the apple pie tacos. Yum! They have Sauteed apples, cinnamon crumble, and whipped cream.  Plus they are nearly bite size so they pop right into your mouth. 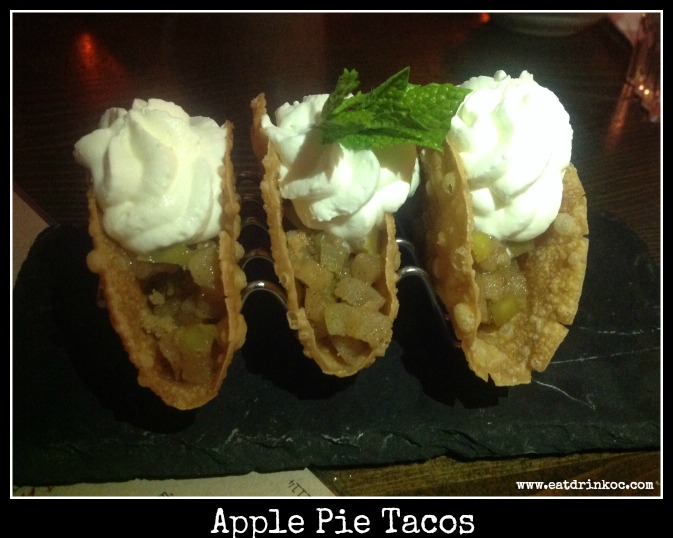